We've been addicted to the music of Latin Grammy-nominated rapper and singer Guaynaa since his single "ReBoTa" went totally viral in 2019.

Since then, we've seen hit song after hit song from the star, and there are no signs that he's stopping anytime soon. In January, he released the sultry new track "El Payo" with India Martínez and its enchanting music video, which already has more than 2.7 million hits on YouTube. We can't get enough of the artist and his stunning Spanish-language tracks, and here's everything we learned about him as our latest Man Crush Monday. 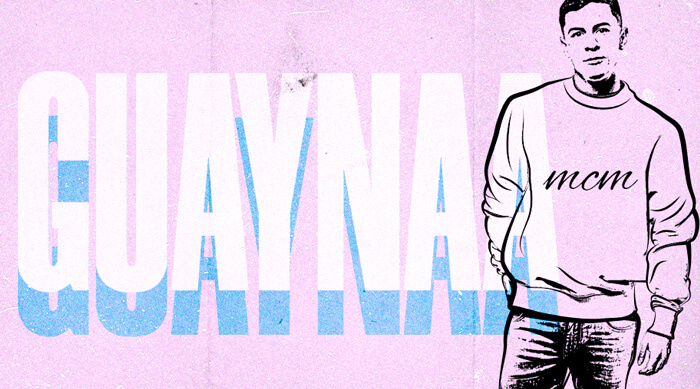 1. Guaynaa says if he could steal any fictional character's styles, he'd copy the characters from Scooby-Doo.

"But before when I used to play, I loved Mario Bros. when I was a kid.

4. His dad makes him laugh more than anyone else on the planet.

5. He related to Goofy more than any other Disney character.

6. He thinks he would be terrible at working for a government agency.

7. There are a few life lessons he wishes he could have learned earlier on.

"I would love to have learned the value of gratitude, to be thankful that we are alive and many other things."

8. He's not into any style trends at the moment—and we're pretty sure that's because he makes his own.

9. Will Smith is the online personality he can't stop watching.

11. Guaynaa says his family make him the person he is today.

Love discovering great new artists in all kinds of genres? Click HERE to find out why singer Keshi was our Man Crush Monday last week.