There's no doubt about it, Hailee Steinfeld is a triple threat. She's been acting, modeling and singing her way into our hearts for years, and she doesn't show any signs of stopping. 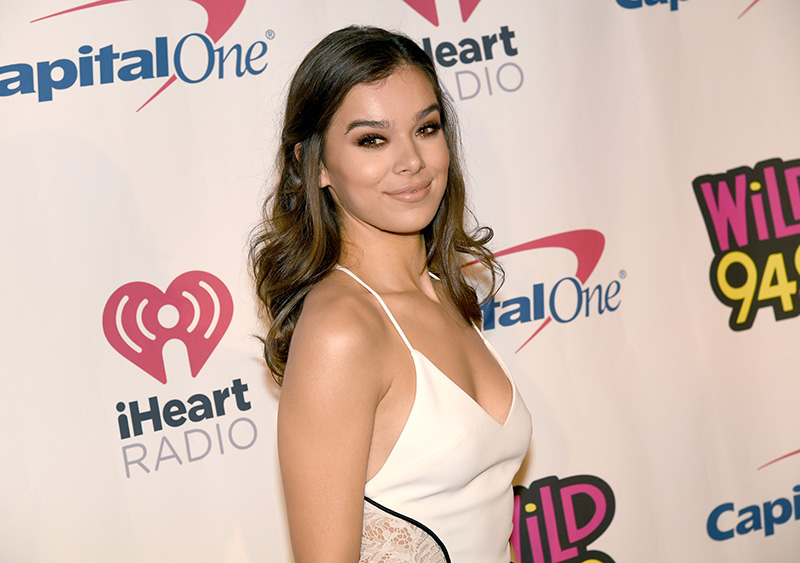 Today, Dec. 11, Hailee turns the big 2-1. In honor of the momentous occasion, we dug up 11 surprising facts about this shining star.

Scroll below and get to know Hailee better than ever!

1. Hailee doesn't have her ears pierced. Why? Age-old indecision. The actress says her mom wanted her to be old enough to make that decision on her own, and when the time came, she simply never decided.

2. Her first kiss was on screen when she was 12. Not only did she have to kiss one acting partner, but she had to kiss a second guy in the same student film.

3. After 5th grade, Hailee was homeschooled so that she could focus on her acting career, and, well, bullies are a nuisance.

4. Hailee was nominated for a Best Supporting Actress award after her first major acting role in True Grit.

5. Speaking of her breakout role, just landing the part was already a major feat. Hailee beat out 15,000 other young actresses vying to play Mattie Ross.

6. Her pump up jam is "Lose Yourself" by Eminem. Girl, same.

7. She takes her burgers sans toppings. According to the actress, her friends make fun of her for the simplistic order. She'll take the meat, bun and cheese. Add avo if it's available. Hold the condiments.

8. Her debut album is called Haiz as a tribute to her fans who gave her the nickname. She says she wanted her supporters to feel like they named her first EP.

9. She'll be appearing in a Transformers spinoff called Bumblebee next year. The movie, set in the '80s, will star Hailee as Charlie Watson, an almost 18-year-old, looking for purpose. She encounters Bumblebee, who has hidden away in a Californian junkyard.

10. She makes music playlists as part of her prep each time she plays a new character. For Ten Thousand Saints, that meant diving deep into the hardcore punk archives.

11. She apparently does a mean Miranda Sings impression.

Hailee's debut EP may have been on the top of our charts a few years ago, but click HERE to find out the 11 albums that helped us get through 2017.