There have been some pretty stellar New Music Fridays, but nothing comes close to this one.

Both Harry Styles and Niall Horan dropped two exceptional new tunes this week that are quite literally music to our ears. 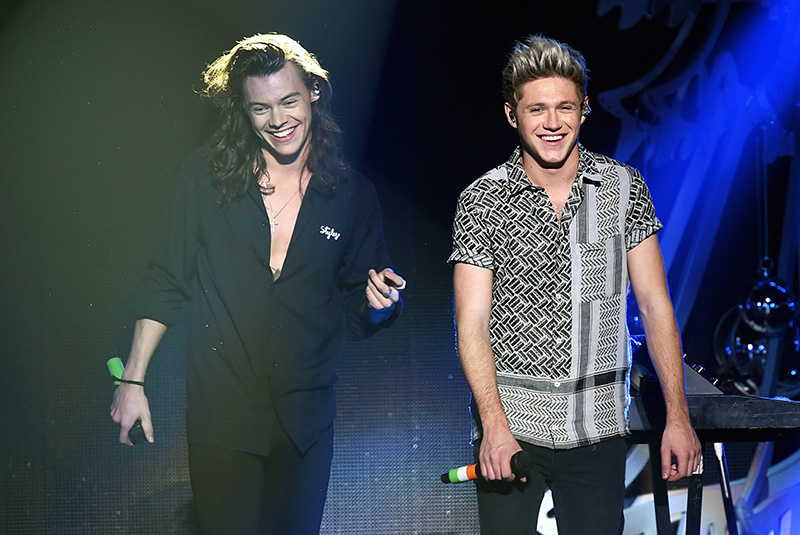 We're still impatiently waiting for the One Direction hiatus to be over, but the fact that these guys are releasing solid solo music makes it a little bit more tolerable.

Scroll below to listen to their songs, along with a few other fresh hits from our faves Paramore, Haim and PVRIS.

Harry's "Sweet Creature" is a far different vibe than his first single "Sign of the Times." It's more of a folk song, driven by moody guitar strumming and emotional lyrics. We must admit, we're bigger fans of this tune than we are of his other one. It just feels more Harry and better showcases his vocal talents. Don't @ us.

Like Harry, Niall's "Slow Hands" is a serious 180 from his first tune "This Town." It's a bit groovier and smoother in both the lyrics and instrumentals, almost feeling as though it could've been a Nick Jonas song. We're totally feeling it though, and for sure are waiting for him to serenade us with the sultry tune.

At first listen, Paramore's "Told You So" sounds like an upbeat, fun tune to dance around your room to. But after watching the music video and really listening to the lyrics, it reveals itself to be a bit dark and sulky. We're digging it though, and can't wait to hear the rest of their new album when it's released next week.

When Haim released "Right Now" last week, it took us a while to vibe with the feel of the song. That was not the case, however, when it came to "Want You Back." We immediately fell in love with the sweet vocals, especially their flawless harmonies. It's far too catchy for it's own good, so you'll be obsessed within the first few seconds of hearing it.

It's been over a year since PVRIS has released new music, so it was as if the stars aligned when they gave us "Heaven." It's moody and dark in both its lyrics and instrumentals, something this band does better than any artist out there. Its gritty and commanding vocals really give the song its power. If you're already a fan of this group, you'll love this tune. If you're not, you will be after hearing it.

Follow the Spotify playlist below if you want to listen to these tunes on the go:

Have you heard? Foster the People is back, and they're better than ever. Take a listen to their new tunes HERE.