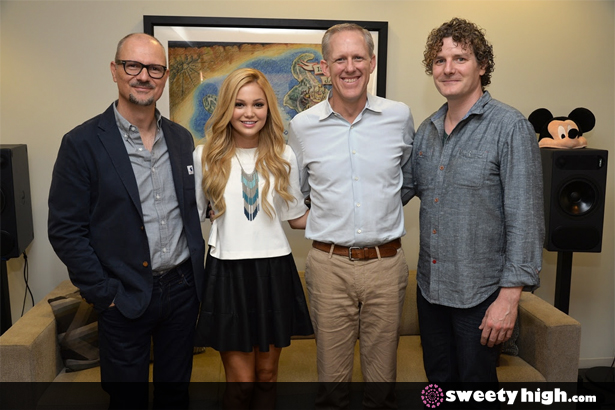 The I Didn't Do It star is also an artist with quite the musical resume. She's provided songs to various soundtracks, including the Girl Vs. Monster song "Fearless," "These Boots Are Made For Walkin'" on Shake It Up, and "Carry On" from the DisneyNature film, Bears.

Her debut album will release sometime next year!

"I'm so thrilled to be a part of the Hollywood Records family," she said. "I'm so grateful for this opportunity, and to have a great partner who has had so much success with other artists I look up to is very exciting for me."

She teased that her first album will express her pop-soul sound.

"This is all so surreal for me and I'm so looking forward to whatever the future has in store for me, and to bring my music to my fans," she said.

If you haven't yet, be sure to check out the music video for Olivia's "Carry On," as well as our Bears interview! Also join our community at Sweety High and stay tuned to learn about Olivia's collaboration with Wallflower Jeans!