How to Get Over Being Ghosted in 4 Simple Steps

No, they've infiltrated our dating lives, something even scarier. But frankly, getting ghosted is something that happens to many of us, if not most.

Before diving into how to get over being ghosted, it's important to understand what ghosting actually is. Essentially, it's when the person you've been "talking to" (and hoping for a relationship with) seems to completely disappear off the face of the earth. No more texting, no more story reactions, not responding to anything that you send them etc. This differs from a relationship/talking stage that simply "fizzles out" due to it being entirely one-sided. If you've never been ghosted before, it doesn't feel great (to say the least). The first stage is trying to come up with excuses for their disappearance under the assumption that they're just busy and will message you soon and make up for it all. Then comes the wondering why, as in "what did I do to scare them away?" Finally comes the painful realization that you have indeed been ghosted. So, with that said, here's how to get over being ghosted if it ever happens to you: 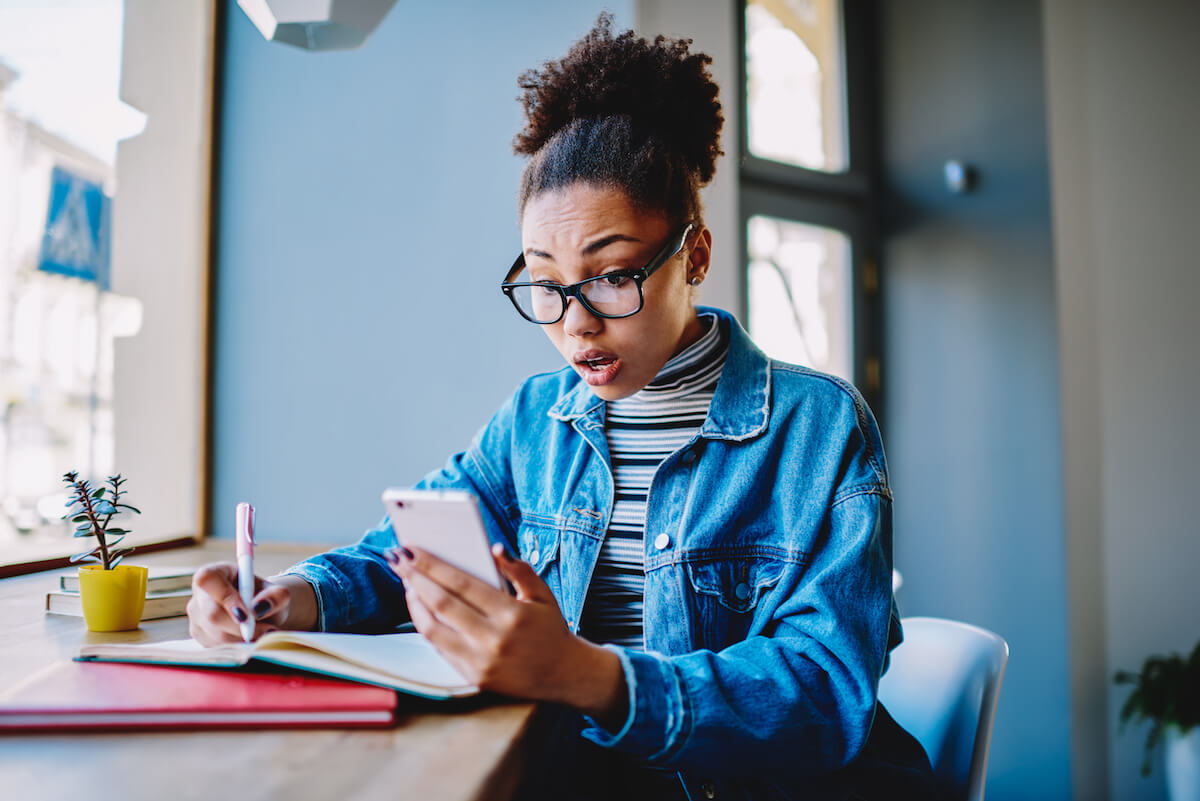 1. Remember That It Has Nothing to Do With You

When we get ghosted, it's natural to start wondering what we "did wrong" to make this person no longer want to pursue a relationship. This can quickly lead to a self-sabotaging spiral, one where you start dissecting your every action and conversation and assuming that you somehow were the problem. Good news: this is all false. While it sounds cheesy, someone ending things (whether it be a proper breakup or ghosting) usually is about them, not you. Maybe they're weighing a lot of heavy decisions about moving away for college, dealing with a lot of family pressure at home or they simply have other reasons why dating isn't a great idea for them. Whatever the actual cause may be, remember that nothing that you did or said is what made this person decide to ghost.

2. Know That Chasing Is Never Worth It

If you haven't heard the TikTok famous affirmation of "I don't chase, I attract," now is the time to embrace it. There's nowhere that this rings more true than with relationships, as you should never have to chase someone that actually wants to be in a serious relationship with you. Often, if you chase them (via sending them a thousand snaps or constantly responding to their story when they haven't messaged you back in a full week), it will simply push them further away. That doesn't mean that if you're talking to someone, you have to avoid putting in any effort, just that chasing someone that doesn't want to be chased is simply a waste of your time and energy. 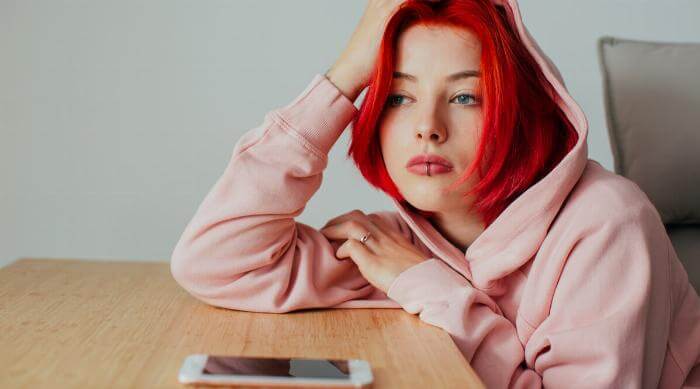 3. There's a Good Chance They'll Come Back Around (But You Shouldn't Want Them To)

Ah, the age-old tale of a ghoster sliding back into the DM's roughly six months after cutting off contact. Maybe it'll be a simple Instagram follow request (if they didn't already follow you) or even a full-on "Hey you" text, but the saying that "they always come back" often rings true. After all, there's a reason so many ghost films have sequels, right? While knowing this might get you excited at the thought of "They've changed!" it's best to scrap that thought ASAP. It sounds harsh, but it's more likely that they've simply gotten bored (whether it be with the person they started seeing after you or simply with their life in general) and so they're reaching out to someone they had already established something with in the past. It's a lot less scary to talk to someone you've already gotten past the "what's your favorite color" stage with than someone you have to start completely fresh with. To be fair, relationships can start in just about any way, so it can't be completely written off that maybe they are ready now. However, you shouldn't spend your time waiting around for them or expecting that something solid will come about from it.

4. Always Focus On You

The best way to get over being ghosted is by focusing on yourself. If you keep yourself busy by spending your time doing the things you love or finding ways to better yourself, you simply won't have the time to think about why this person doesn't want to date you. Instead of letting the thoughts continue to grow, try going on cute friend-dates so that you aren't missing out on anything you might've done with your ghost, starting up a new hobby, exploring college options or even just reading a new book in your free time. Remember that your free time is precious, and the last thing you should be doing is wasting it thinking about someone who was rude enough to ghost you without even having a conversation about their feelings. 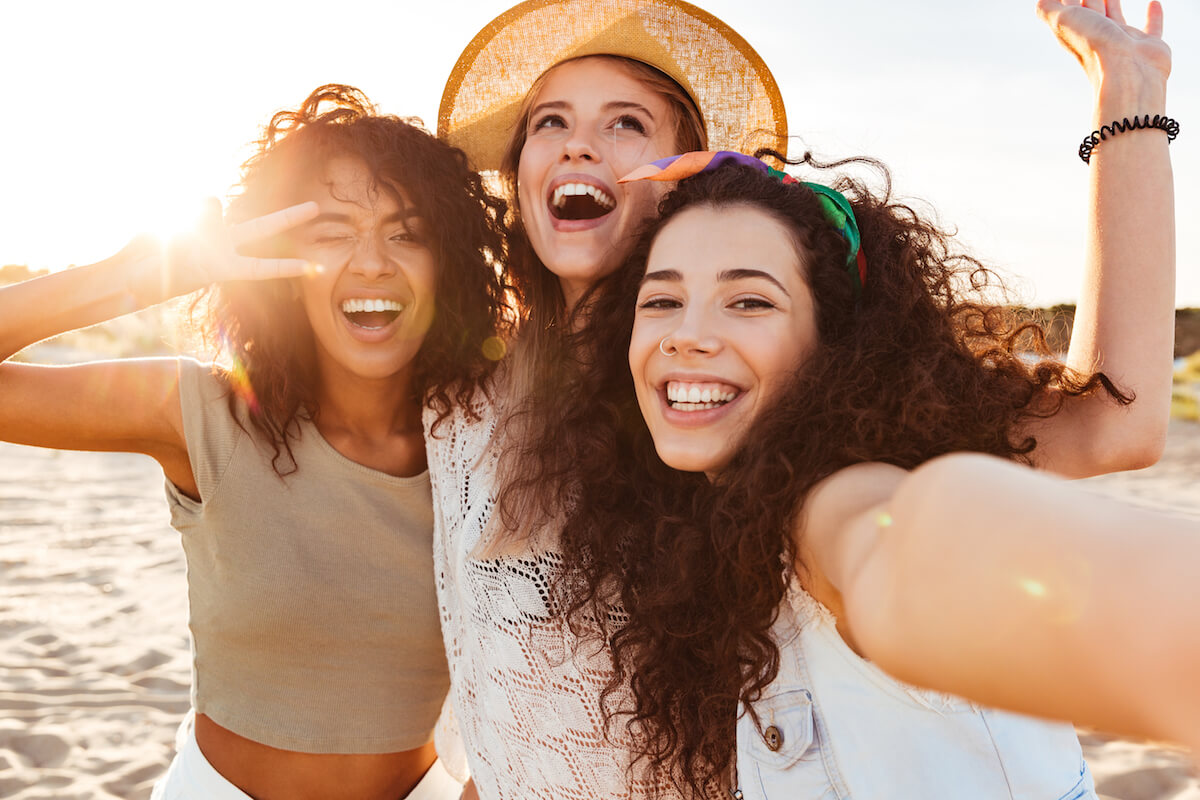 All in all, getting ghosted sucks. However, understanding that it isn't about you and that this person probably isn't right for you anyway will help you move forward.

Everything happens for a reason, even getting ghosted (harsh thought, we know). So, if you still need something to make you feel a little bit better about this, click HERE for some important lessons you can learn from getting ghosted.