The 10 Most Important Hunger Games Characters, Ranked By Likeability

Five years after the final movie premiered, our beloved Hunger Games franchise just introduced a new book into its ranks.

On May 19, Suzanne Collins released The Ballad of Songbirds and Snakes, a new Hunger Games novel. Rather than revisiting the characters we know and love, however, the novel tells the story of Coriolanus Snow. While Snow in Katniss' time is a manipulative dictator, this story goes back 64 years to an 18-year-old Snow, before his rise to power.

In honor of the new book, we've decided to revisit one of our favorite trilogies. Take a look below at our definitive ranking of the 10 most important Hunger Games characters, based on how likeable they really are.

Is it any surprise that Snow sits at the bottom of this list? Snow is the main villain of the Hunger Games series. While his actions are the catalyst for most of the story, he's not a lovable character. In fact, he's a tyrannical dictator who punishes the people in Panem for no reason other than to keep order. Snow is the cause of death and destruction across the fictional Hunger Games world. Within Katniss' story, there's truly nothing to like about Snow. It's only logical that he's one of the least popular characters in the series. 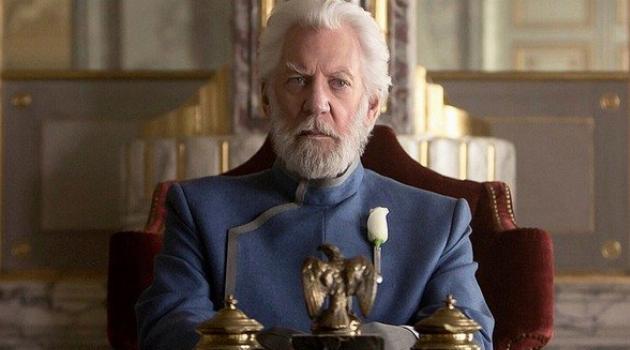 We almost hate President Coin more than we hate President Snow. Almost. At least President Snow is open and honest about his intentions, however nefarious they may be. President Coin, on the other hand, acts like one of the good guys but is just as controlling and vicious as Snow. She wants power, and she uses the banner of "freedom" to get it. Thankfully, Katniss sees through her game and puts an end to her reign before it begins. We didn't like President Coin from the beginning, and we certainly don't like her anymore now. 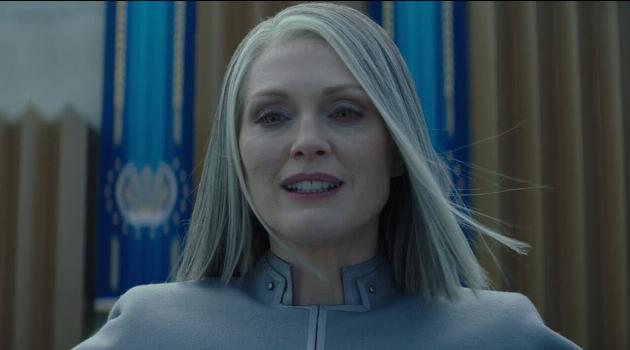 We're definitely supposed to hate Effie in the first book and movie. After all, she's the one who comes from the Capitol to choose District 12's tributes for the Hunger Games. But it's hard to see Effie as anything more than a lovable idiot. She's not very smart, and it's almost as though she's been brain-washed into believing that the Hunger Games are okay. She gets attached to Katniss and Peeta, but she still doesn't see a problem with the system as a whole. There's something charming about her, but we still sort of hate her at the same time. Much like Katniss, we can put up with her, but we don't really miss her if she's gone. 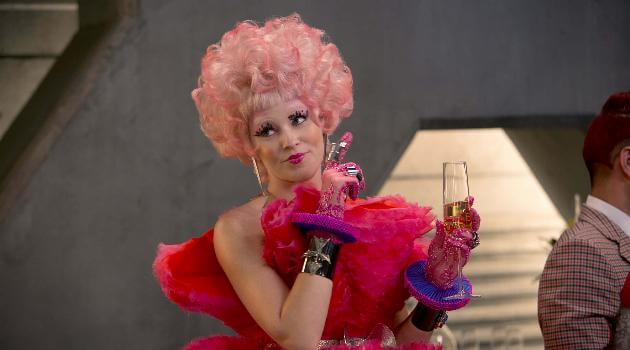 Prim is the only reason Katniss heads into the Hunger Games arena in the first place. If not for Prim, Katniss would have never volunteered herself as a tribute. But Prim as a person is fairly uninteresting. She's overwhelmingly good, that's for sure. She always manages to do the right thing and it seems that she only thinks about other people, unlike her sister. While we certainly don't hate Prim, we're not that attached to her. We love her because Katniss loves her, but our affection doesn't run much deeper than that. 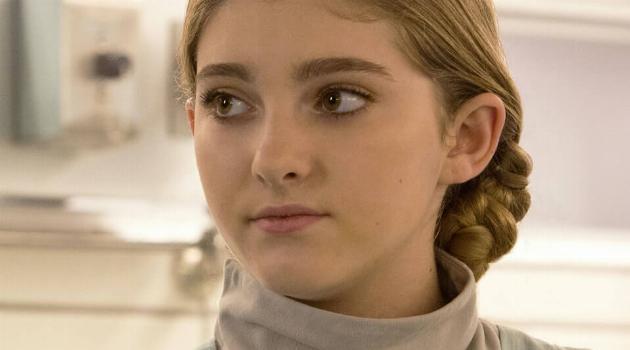 Plutarch Heavensbee takes over as Head Gamemaker after the death of Seneca Crane. That's the role he has when we're first introduced to him. Later, however, we find out that he was the leader of the rebellion movement and came up with the plan to break the tributes out of the arena in Catching Fire. He's absolutely one of the good guys, but we could never bring ourselves to fully love him. There's a part of him that still seems so similar to the Capitol. He's an undoubtedly important part of the rebellion's success, but our hearts never fully went out to him. 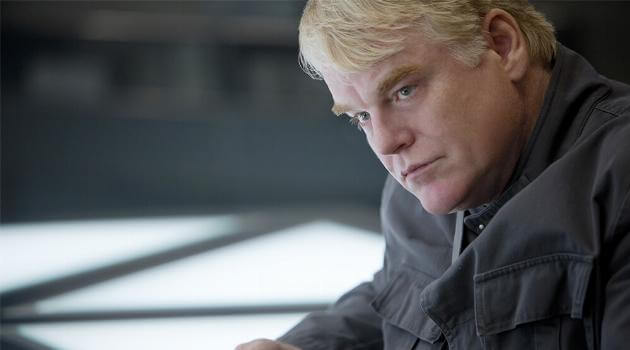 TBH, Gale is mostly likable because he's so good-looking. Seriously, it's hard to look into those baby blues without falling in love. Although his good looks are his best attribute, Gale has other beneficial qualities. He's stubborn and driven by justice, though his means of getting his way are somewhat questionable. He's a good and loyal friend to Katniss, but he understands the bigger picture. He knows that there's more to change than just looking out for your own interests. While he's certainly likable, his headstrong and somewhat violent nature means he's not as high on our list as other beloved characters. 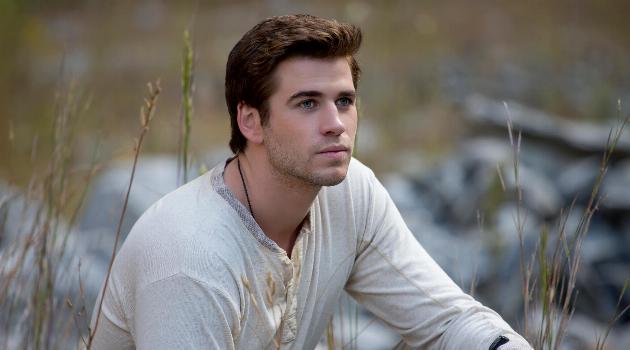 When we first meet Haymitch, he's totally hopeless about the life he leads. He prefers to make light of everything so he can avoid getting attached to things he will lose. As the story progresses, however, Haymitch becomes a main figure in the liberation of Panem. He's smart, determined, and full of leadership qualities.

Even at his worst, however, we still love him. It's obvious that he has a good heart, but he simply hides it under all his sharp jokes. It's hard not to like him, even when he's being a total jerk. Through all his highs and lows, we'll always love Haymitch. 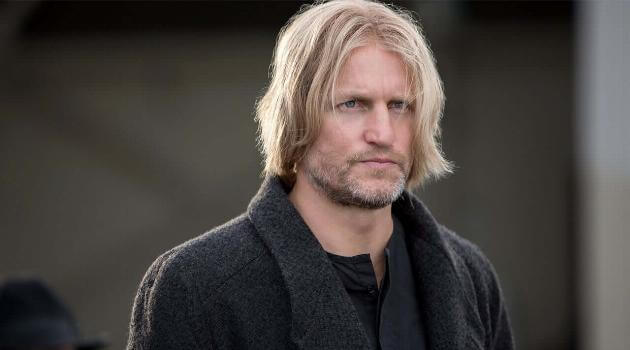 You probably assumed that Katniss would be at the top of this list. While it's true that the story revolves entirely around her, she's also rather unlikable in certain ways. She strings both Gale and Peeta along, struggles to make tough decisions and values her life and that of her family above the good of the rest of the world for most of the story. Simply put, Katniss has a selfish streak. While she's the ultimate hero, she's certainly not the most beloved character. She'll always be popular, but other characters hold a firmer grip on our hearts. 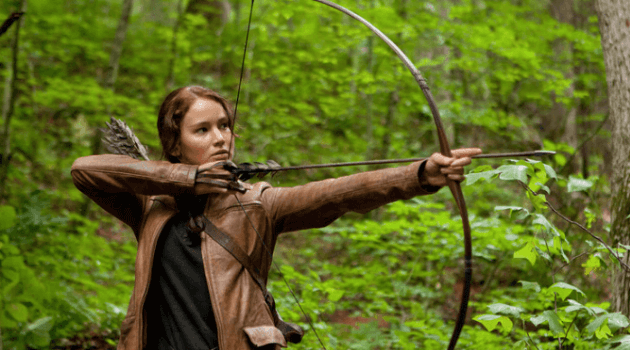 Finnick is basically the best of both Gale and Peeta in one male body. He has a reputation for being a ladies' man, and he certainly plays into that persona. He's effortlessly cool and collected in almost any circumstance. He's the kind of guy you want in your corner.

Beyond his suave outer appearance, Finnick has a heart of gold. He loves Annie with all his heart and simply wants to be with her. He's incredibly smart and he wants justice, both for himself and for all the people of Panem. He's one of the main reasons the revolution is successful and he even sacrifices himself for the cause. He's a character you can't help but love. After all, he's practically perfect. 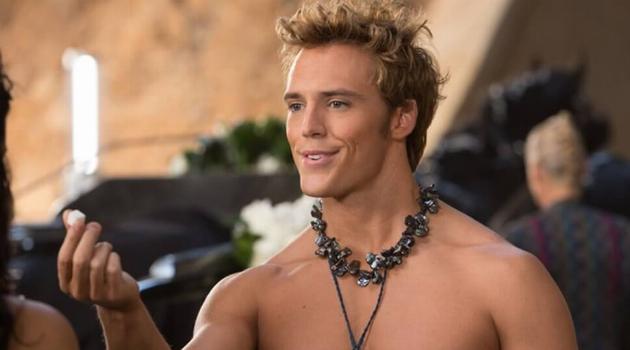 Is there anyone more pure than Peeta? The peaceful boy with the bread isn't all that helpful, but he's so darn lovable. Peeta doesn't have a violent bone in his body. He doesn't know how to use weapons and has little to no survival skills. He loves to paint, and that's really all he brings to the table in the fight to liberate Panem. But everyone still can't help but love him.

Peeta always wants to do the right thing, but not in a way that gets under your skin. He would sacrifice himself for Katniss (and probably anyone else) and rarely thinks of his personal loss when confronted with a problem. Peeta is good to the core, which is why he's such a likable character. When picking the most-loved character of the series, Peeta is a no-brainer. 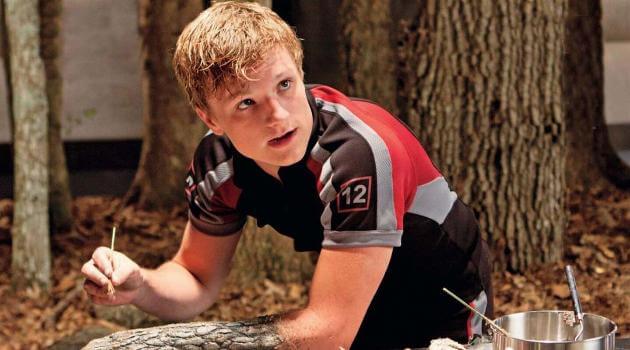 Now that you know our opinion on The Hunger Games, click HERE for our definitive ranking of the 10 hottest teen heartthrobs of all time.