Hunter Hayes is Country's Loveable Cutie and Our #MCM This Week

We've obviously been fans of Hunter Hayes since forevs, but we figured it was time to lay it all out for you.

The ultra-talented 21 Project singer has been stealing our hearts since his debut back in 2013. There are way too many things we love about this country cutie, but keep reading for just a few reasons why he's our #MCM this week. 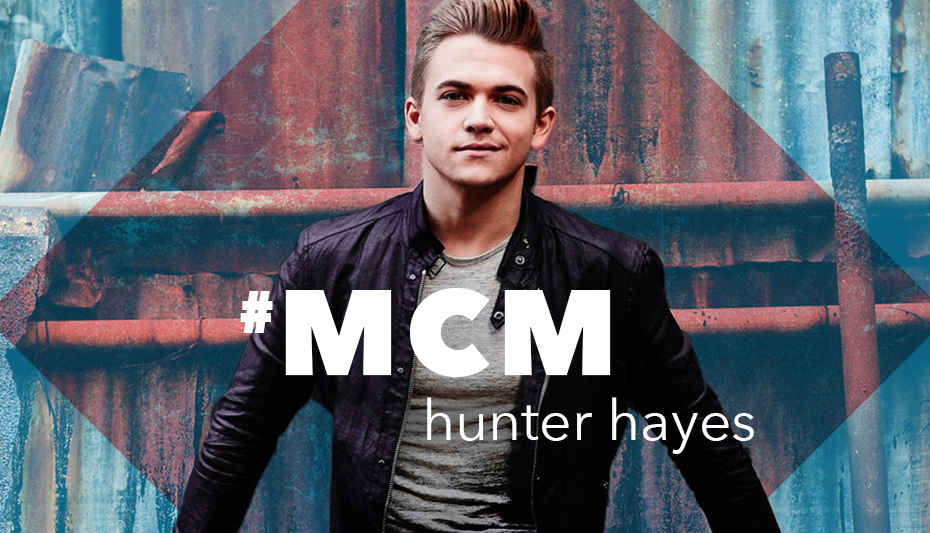 1. He recently performed with the amazing Tori Kelly at the Ryman Auditorium in Nashville, TN. Tori mentioned on Twitter that the two singers actually met when they were 12 years old on the set of NBC's America's Most Talented Kid. Years later, they made our (and their) dreams come true by performing Hunter's hit song "Wanted" together! Catch the duet below:

2. He played all 30 instruments on his debut album. Yep, you read that right, 30. Can't picture us getting bored with him in the studio – nope!

3. He understands us on a deep and spiritual level. This tweet basically says it all.

I wish iPhones had a "Pinterest" filter so everything would look all dreamy and interesting and stuff.

4. In case you missed this swoon-worthy serenade he posted on Instagram in honor of his RDMA nomination, you must watch it below. So. Many. Heart. Eyes.

DEFINITELY feeling the love with this @radiodisney #RDMA Country Fav Artist nomination! Also, if you feel like voting…(link is in the bio)

5. In 2014, Hunter partnered with ConAgra Foods on their Child Hunger Ends Here program. For every download of his single "Invisible" on iTunes, the program donated the equivalent of one meal to Feeding America to help end child hunger in the U.S.

6. Hunter has a greyhound rescue named Cole and he is majorly cute. We can't get enough of the adorable photos and videos Hunter shares of him on Instagram.

It's bring your dog to work day… In this case it's home studio but it's the same sorta thing.

7. His single "Wanted" also made him the youngest male act to ever top the Billboard Hot Country Songs chart. If that's not talent, we don't know what is.

Hunter is one of our absolute faves, but you also have to check out why our boy Troye Sivan is another one to watch HERE.