7 Figure Skating Films to Binge When Olympic Withdrawals Kick In

It's no question why one of the most popular sporting events at the winter Olympics is figure skating.

The skill, the grace, the beauty and the music (hello, Moulin Rouge!) is completely and totally captivating. It's practically the only reason we cue up our televisions every four years for this worldwide competition.

If you can't bring yourself to accept that the Olympics have come to a close, don't feel alone because we totally get you. Unlike our other favorite television events, this show doesn't come back next winter and we're beyond devastated.

If you're having gold medal-level Olympics withdrawals, we're here to provide you with the best figure skating movies to binge your worries away. While the true tale of I, Tonya prepared us for this winter event, the films below will provide fun and heartwarming entertainment long after last Sunday's closing ceremony.

Ice Princess, starring Michelle Trachtenberg and Hayden Panettiere is our all-time favorite skating movie. You've got the underdog story of the science geek who dreams of becoming a figure skater, the drama of the competitive skating world, the family conflict of a disapproving mother, and lastly, the budding teen romance that is simply too cute. So basically, this flick has it all and then some. Plus you get to watch tons of fantastic skating in-between the drama of this rom-com as the movie also stars some high-level figure skaters IRL. 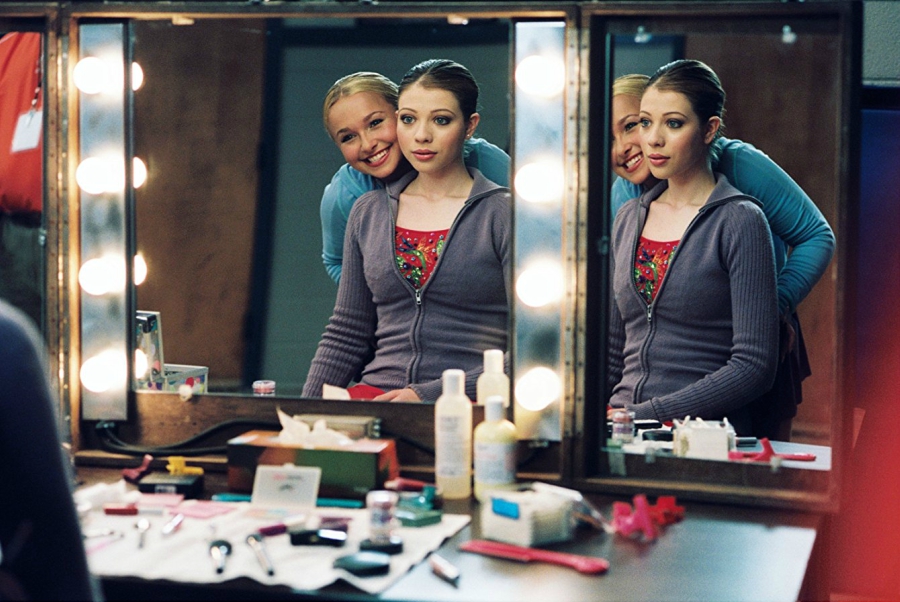 If you're at all familiar with the rivalry between dancers and cheerleaders, then you'll definitely get this DCOM, which takes the drama to the ice. Katelin may have her heart set on becoming a champion skater, but in order to be trained by a renowned coach at an expensive private school, she's forced to take a hockey scholarship where she's met with an icy greeting. Apparently the hockey team isn't a fan of "twirl girls" like Katelin. While this plot is hardly as smooth as ice, we must admit we're fans of the triumphant end. Disney just knows how to do it well. 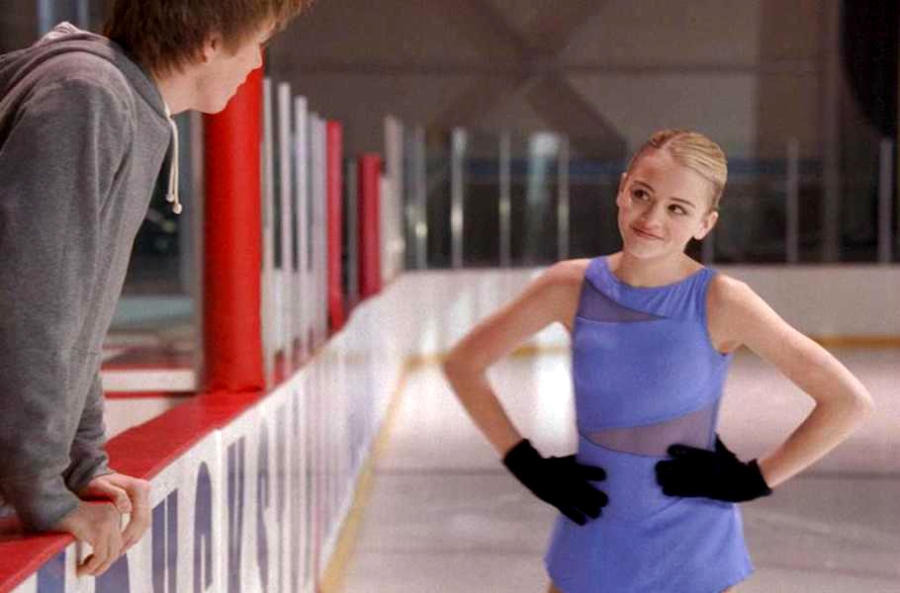 A comeback tale at its finest! After teenage figure skater, Mattie, is injured during a competition, she all but gives up on her dreams of becoming a professional skater. But an unassuming local rink owner is all she needs to gain confidence in herself and her future. This made-for-TV-movie may have it's cornball moments, but it isn't hard to put yourself into Mattie's skates, making this high-stakes story all the more riveting. 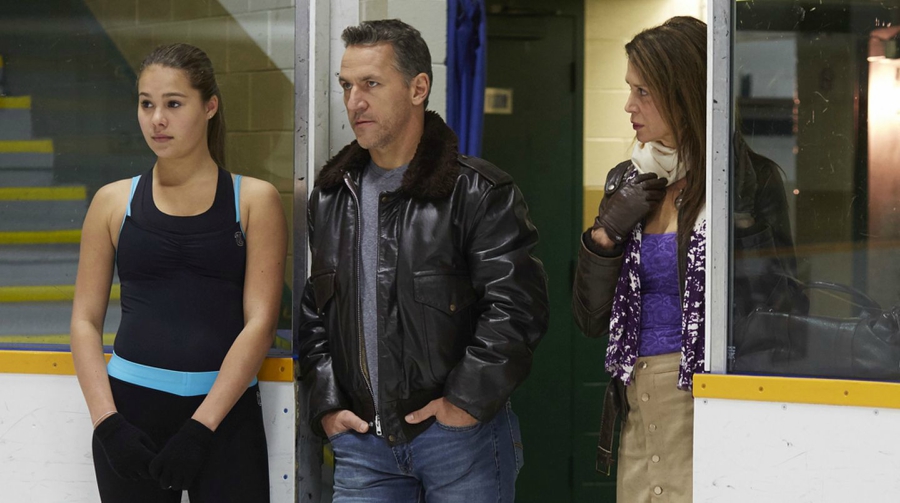 (Ice Girls via The Family Channel)

Pond skater-turned-competitive champ? Yes, please! This remake of the original 1978 film chronicles one rink queen's journey as she recovers from a debilitating injury that's left her blind. But she doesn't do it without hope. Watch as professional skater Taylor Firth takes on the role of Lexi in this heartwarming tale on ice. And as an added bonus, one of our all time favorite Olympic skaters, Michelle Kwan, makes a cameo as a commentator, proving that this movie can't get any better. 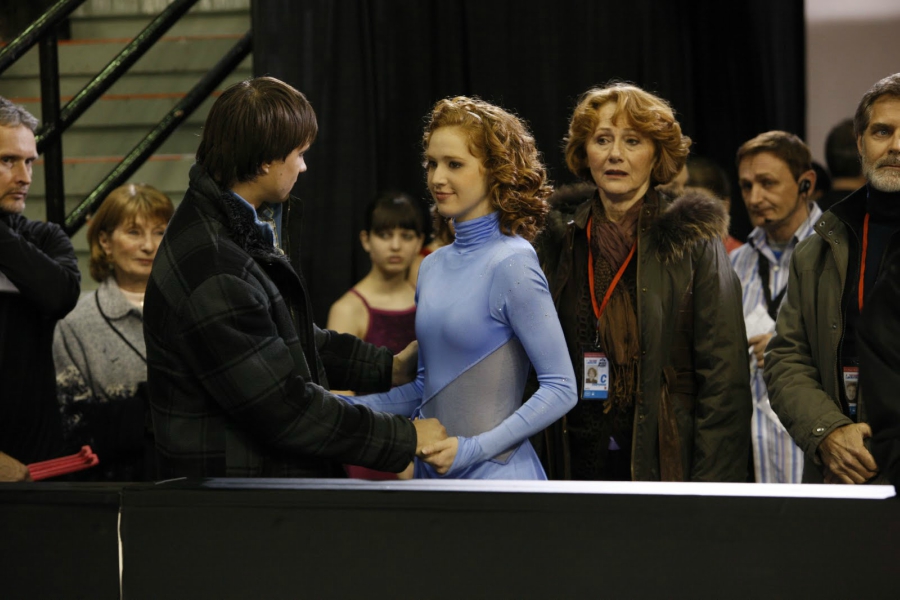 Who doesn't like the drama of an unlikely duo… especially when they're figure skating partners? Meet Kate: America's "ice queen," and Doug: the "King of the Rink." This classic figure skater must pair up with an ex-hockey player if they want to have any shot of placing at the Olympics. The only problem is that they're constantly at odds, both on and off the ice. The only way you'll find out how this love-hate relationship will take gold is by watching it yourself. Another fun fact: Moira Kelly, who plays Kate, was also the original voice of Nala in The Lion King. Incentive enough? I think so. 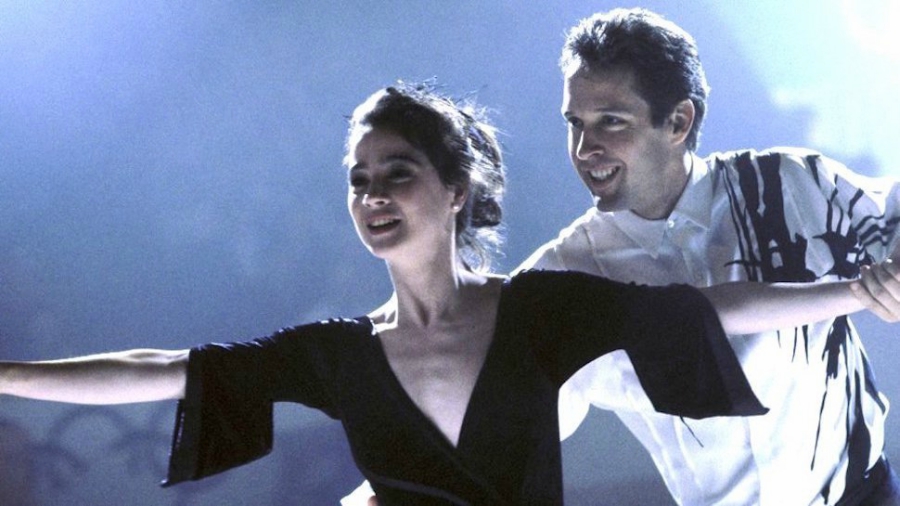 (The Cutting Edge via MGM)

This is the third movie in the Cutting Edge franchise, but possibly the best of them all. While the plot is an almost identical twin to the original film, this sequel stars Francia Raisa in the lead role opposite Wynonna Earp actor Brendan Fehr. If you're wondering what the "fire" and "ice" signify, it's this duo's passionate yet hostile relationship. Basically, this is a must-watch, even if you aren't suffering from Olympic games withdrawals. 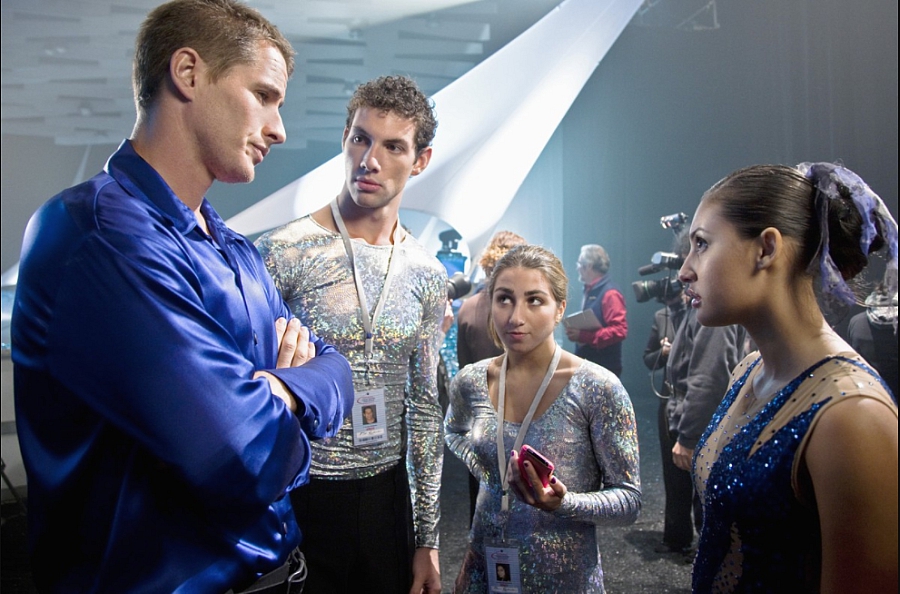 Think Freaky Friday-meets-ice skating-meets some serious reincarnation. In this tale that's even more bizarre than Tonya Harding's, a hockey player and an ice skater die on the same day… only the soul of the hockey player is reborn into the figure skater's body. Are you still with us? Now the once-popular hockey star must find his bearings in the figure skating world if he wants a shot at placing in the Olympics. But possibly the best part about this TV movie is the familiar faces who grace the screen. Nancy Kerrigan (the legendary ice skater injured in the Tonya Harding scandal) and Tara Lipinski (Johnny Weir's BFF, who is the youngest person to ever win a World skating figure title) both appear as fellow figure skaters. Peep them in the far left and far right, respectively, below! 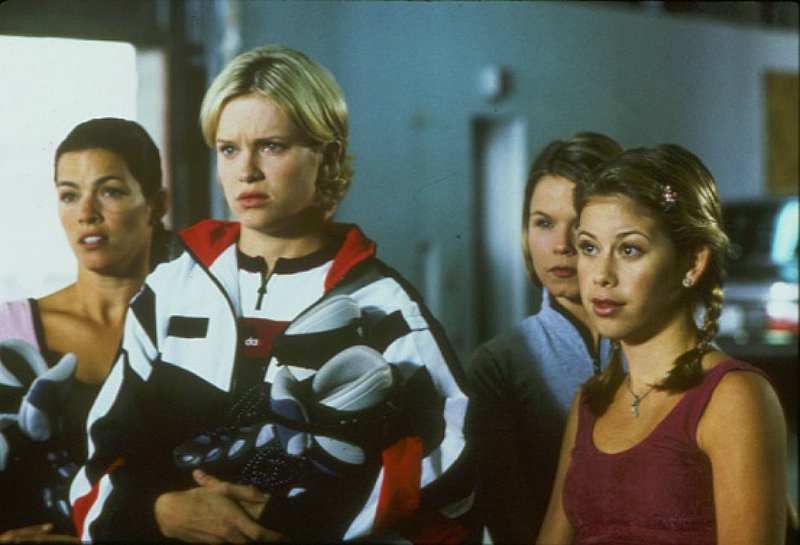 Next step on your post-Olympics recovery is to follow THESE 11 Team USA winter athletes on IG.