Stuck in the Middle's Isaak Presley always makes us smile in some type of way, so we thought he was more than deserving of the man-crush spotlight this week.

He may also have a bad boy persona on Fuller House, but it couldn't be farther from who he is IRL. Get to know the actor and singer below! 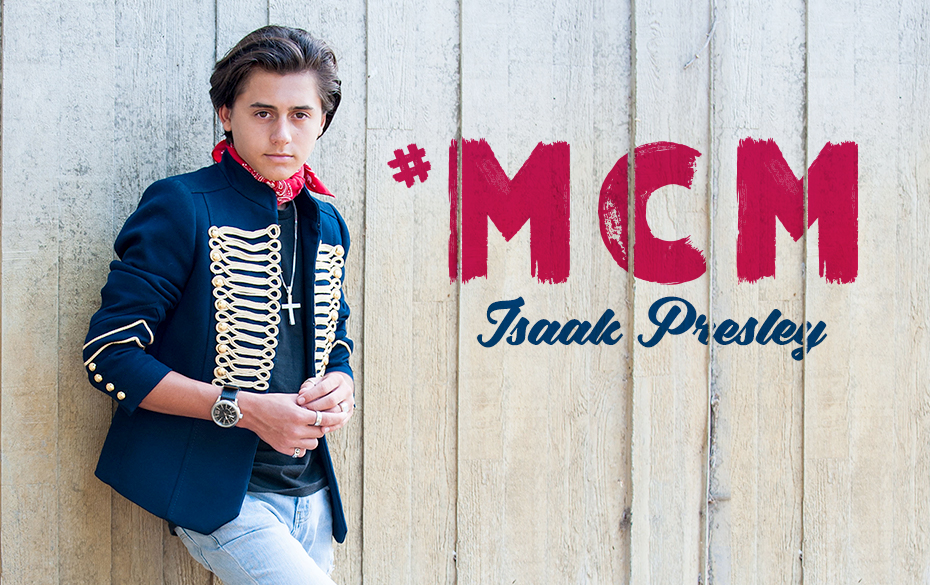 1. If he weren't acting, he would be focusing on music full-time. Why not both? He's so fantastic at each!

Valentine's Day tomorrow. What are your plans? ❤

2. He hearts his pets, especially his dog Presley who he's had since she was a puppy. He also has two horses named Chance and Scarlet.

3. If he could steal any fictional character's style, he would go for Jay Gatsby's in a heartbeat. "There is no one who dresses as cool as him," he gushes. "He is by far the coolest fictional character ever!" Now we know where he gets his inspo for outfits like this.

4. He collects a bunch of amazing things like comic books, coins, horseshoes, albums and items from every set he works on.

5. He is definitely a risk-taker. He scales buildings and even went cliff jumping over the summer. "I've never been more scared to do anything," he admits. "It ended up being super fun and I did it three times."

6. He's all about Batman and Daredevil, but his absolute fave superhero is the Flash.

7. The three words he would use to describe himself are spontaneous, fun and energetic. All words we would use, too.

Disney Channel stars are great and all, but have you gotten to know THIS amazing former MTV star yet?