It's our strongly held belief that if you're going to indulge yourself with a little fast food, you might as well go all the way and top off the meal with dessert, too.

Since one of our closest drive-thrus happens to be a Jack in the Box,  we find ourselves there all too often, and over time we've slowly worked our way through their entire menu of desserts and shakes. If you're curious to find out which ones are truly worth your time, check out our ranking of every one of them below:

Despite falling in dead last on this list, Jack in the Box's vanilla shake isn't too bad. The texture is thick and creamy, but the flavor is oddly bland. We expected it to taste like a rich vanilla ice cream, but it was actually a little lighter than what we're used to. While the shake is totally drinkable and pretty tasty on its own, it's definitely a blank slate that's vastly improved by the addition of other flavors.

Chocolate makes everything better, and Jack in the Box's chocolate ice cream shake is no exception. Even though it's just flavored with chocolate syrup, it'll get the job done to help satisfy your chocolatey sweet tooth. It may not resemble other cocoa-rich chocolate ice cream-based shakes, but the fact that it's not too sweet or cloying is actually a good thing.

This tasty mini-slice of cheesecake could rank a lot higher on the list if it weren't for the crust. While the cheesecake filling is packed with sweet yet tart cream cheese flavor, the dry and crumbly graham cracker crust mostly does it a disservice. Usually, the crust is our favorite part of any cheesecake, but here, it's a little sandy and mostly sticks to the bottom of the container. Thankfully, the cheesecake itself is so moist and delicious that it's still worth ordering every once in a while.

It's usually hard to find churros outside of sporting events and theme parks, and even tougher to find ones that are any good, so Jack in the Box's mini churros are pretty special. While they don't have as much cinnamon sugar coating on the outside as we're used to, we're always delighted to bite into them and find that they're filled with a sweet cinnamon goo. The churros tasted crispy and fresh, and that tasty filling makes it easy to make our way through the entire pack.

There's something about Jack in the Box's strawberry ice cream shake that elevates it above the others already listed. Like the chocolate shake, it's flavored with a syrup, but the strawberry shake pulls off the effect a lot more successfully. It tastes exactly like fruity, creamy strawberry ice cream, but it's not trying to be anything it's not. There are no seeds or freeze-dried strawberry bits. It's simply smooth all the way through, with fruity flavor and just the right amount of sweetness to make it a nearly perfect shake.

We said the strawberry ice cream shake was nearly perfect, because that title actually belongs to the Oreo cookie ice cream shake. Though the flavor of the vanilla shake wasn't quite enough to lift it from the bottom place on this list, tasty chunks of Oreo cookie are a different matter entirely. Cookies 'n' cream is the ultimate flavor combination, and whoever decided to skip dunking Oreos in milk by incorporating them directly into a drink was a genius.

Jack in the Box's chocolate overload cake may not look like much, but looks can be deceiving. The mini chocolate bundt cake manages to be one of the moistest, richest cakes, despite being from a fast food joint and coming in a little plastic container. Add its deliciously sweet chocolate drizzle, and you're in for a chocolate lover's dream. The only downside is that it's so good it'll be gone in an instant. 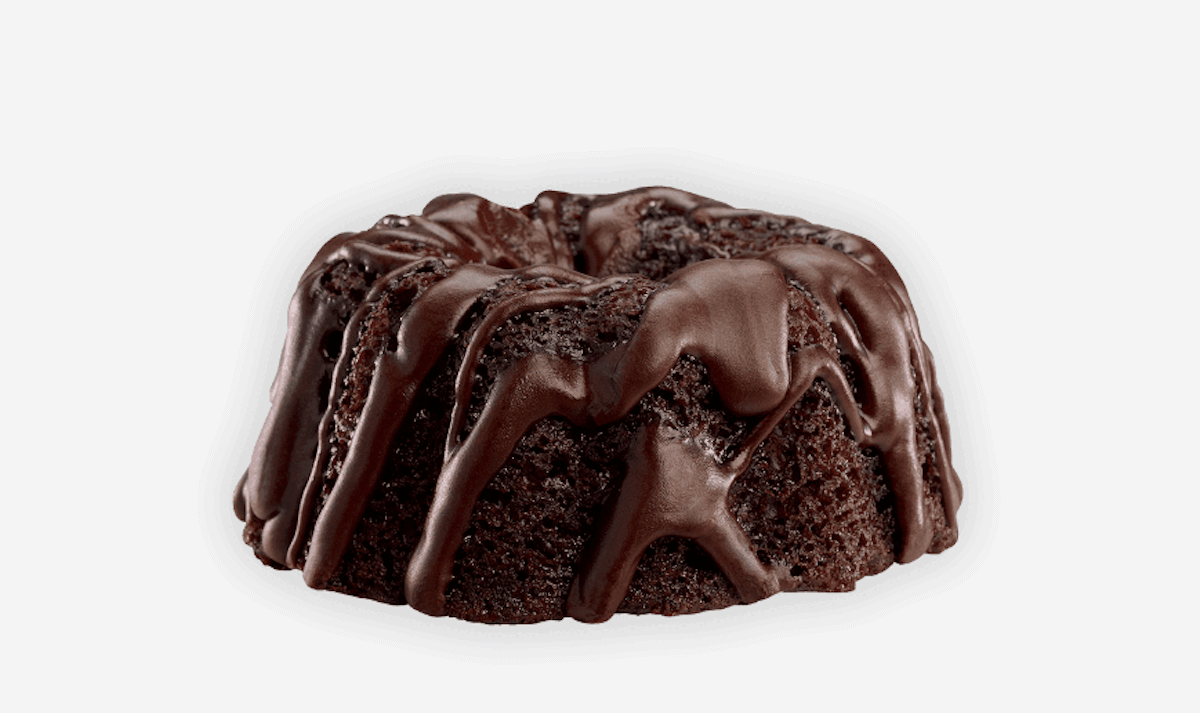 (via Jack in the Box)

Love fast food and desserts? Click HERE for a definitive ranking of all of Chick-fil-A's offerings.