The impressive track has already amassed over 3 million views on YouTube. We can't get the song out of our heads, and neither will you once you give it a listen. We were so excited to speak with JAMIE about her new single and its music video.

Sweety High: What statement does "Pity Party" make? How would you like it to be interpreted?

JAMIE: "Pity Party" is a song that everyone can enjoy and a song that tells there's no more going down, so it's the only way up.


SH: What side of you does "Pity Party" show that fans haven't seen before?

JAMIE: I did a choreography, dance basically. It was more like a pop song with an idol theme mixed. 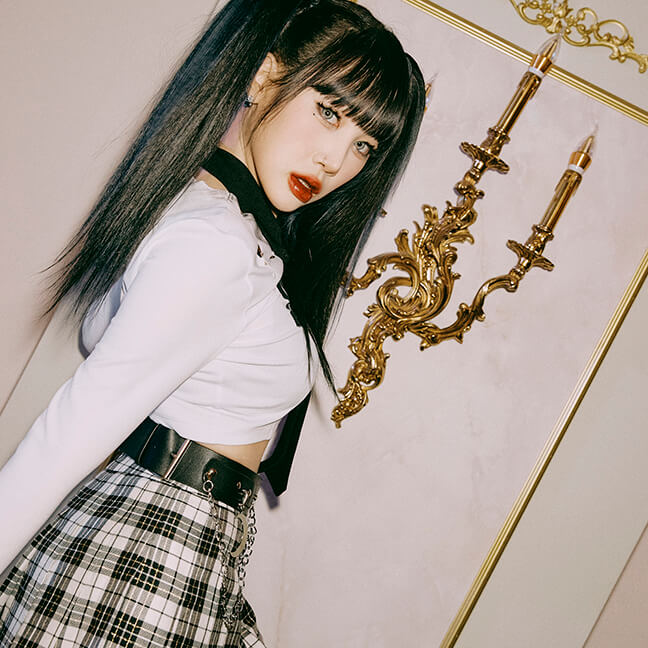 JAMIE: My go-to karaoke song is all the NCT songs!

SH: How did the collaboration on "Best Friend" with Saweetie and Doja Cat come to be?

JAMIE: They needed an Asian artist, and basically I had this big opportunity to get into the song, so I was really happy.

SH: Who do you consider to be your musical influences?

SH: What's a style of music you'd like to explore in the future?

JAMIE: I liked this "Pity Party" moment, very gothic and Dracula dark theme, so I would pretty much go for the dark style again.

SH: What can your fans expect from your upcoming music?

JAMIE: For the upcoming music, I have no idea, because there are a lot of different songs that can put you in a place—so next one, you guys can guess.

SH: What's a word of advice you can give to young girls and young people who look up to you?

JAMIE: A word of advice (a few words) is make it your own life. Don't compare, don't degrade yourself. Make it yours.

Can't get enough of K-pop? Click HERE to read our interview with WONHO on his new single album, OBSESSION.