When we're looking for a good laugh and incredible music prowess in the same place, we turn to our girl JAX, known as @jaxwritessongs on TikTok.

The singer-songwriter went absolutely viral with her original single "Ring Pop," and with nearly two million followers on the platform, it's clear she's not just a one-hit wonder. She signed to Atlantic Records last month, and released yet another banger, "90s Kids"—and we've been listening to the nostalgic track on repeat.

Basically, we adore JAX, and here's everything we learned about the artist as our latest Woman Crush Wednesday. 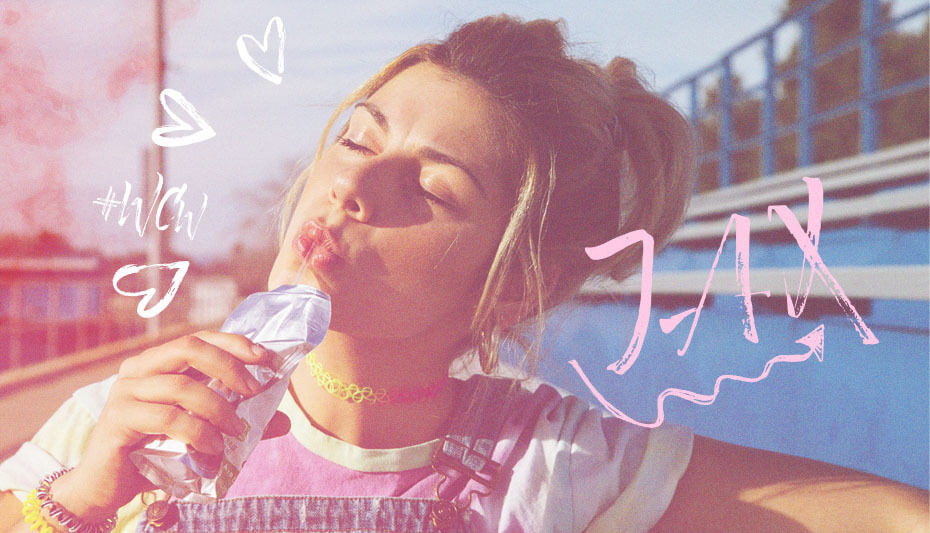 1. JAX's taste in games has changed a bit over the years.

"Growing up, my favorite thing was playing Super Mario Bros. with my brother on the OG NES Nintendo, but honestly I'm a major board game fanatic. My favorite game of all time is Settlers of Catan."

2. Her favorite song of all time is "Bridge Over Troubled Water" by  Simon & Garfunkel.

3. She likes her pizza plain—and is looking for some help finding the perfect slice.

"If you have any recommendations for L.A. pizza, I still haven't found anything out here that lives up to pizza back home in N.Y.! Big pizza snob."

4. She says her biggest hero is easily her dad.

5. Monkeys are her favorite animals.

"I actually collected monkey stuffed animals like a crazy person as a kid. They're so human!"

6. If she could pick anyone to be her mentor, it would be Billy Joel.

"Billy Joel would be an incredible songwriting mentor. If you're reading this Billy, I'm your biggest fan!"

7. She says her most overused word is "dude."

"I also say 'very nice' in a Borat voice excessively."

8. She picks DC over Marvel.

"Wonder Woman. That is all."

9. She has a pet dog named Benny the Jet Rodriguez III.

"When I moved to L.A., I bought him from a sketchy Craigslist breeder and he was super duper sick. I'm pretty sure he knows he survived something crazy, because he's insanely happy and off the walls now."

10. Recently, JAX has embraced an important side of herself.

"I am probably the cheesiest person on planet earth, which I used to try and hide. I tell dad jokes every other sentence and I live for a good pun. Once I stopped trying to be something I wasn't, I realized how fun it was to be myself. I really want everyone to know it's cool to be weird and nerdy and if some doofus doesn't wanna be your friend because of that, I'm here to be your friend."