If you're looking for a sultry, empowering and danceable new anthem to kick off your summer, look no further than Jena Rose's sizzling new single, "Checkmate."

The song and its incredible new music video, directed by Sweety High's own Veronica Zelle, are out now—so get ready to have "Checkmate" stuck in your head for the rest of the week. Watch it first here!

When we saw the video, we simply had to know more about how the song was written and how its The Queen's Gambit-inspired music video was brought to life. The queen herself, Jena Rose, was kind enough to fill us in on all of it in the interview below.

Sweety High: What was the songwriting process behind "Checkmate"?

Jena Rose: I wrote "Checkmate" with Nick Furlong, and during the writing process, I was heavily inspired by The Queen's Gambit. Relationships are like a game of chess. "Checkmate" tells girls to take their power back and make strategic moves forward in order to protect their hearts.

SH: What does the track mean to you? Was it inspired by a real relationship?

JR: "Checkmate" means so much to me. As an artist and a songwriter, every song I write has a special place in my heart and getting to release them makes my heart so happy. This song itself was not inspired by a relationship of mine, but I took inspiration from situations I've had with others as well as things my friends and family have gone through. I hope listeners can relate and connect!

SH: How do you feel "Checkmate" is different from the music you've released in the past?

JR: "Checkmate" is the epitome of who I am as an artist. As an artist and a person, I am constantly growing, and my music will change because of that. Checkmate is a step up from music I've released in the past, and I feel like it sets the tone for the next music to come.

SH: We love the The Queen's Gambit vibes in the music video! What was the inspiration behind it?

JR: Thank you! The video is The Queen's Gambit meets Alice in Wonderland. When I watched The Queen's Gambit, I was so inspired by the sense of girl power and having a strong female protagonist in a male-dominated world. Chess is one of the only games where women and men are on a completely even playing field, which is so cool. In the video, I go down the rabbit hole of the strategy of a toxic relationship. Relationships, whether they're with your partner or a friend or family member, are so big and complex that we really wanted the video to reflect that.

It transitions from a sweaty apartment where I'm playing chess with a toxic ex in the video to this crazy, whimsical chess world where I play the queen who will eventually kill his king. Throughout the video, I take his pawns and different pieces and basically kick his ass! And they go to a graveyard, which is the set of my dance scenes choreographed by the incredible Richie Jackson, who is Lady Gaga's choreographer. There are so many different fun fashion looks, including a beautiful gown, my dance outfit, and a custom bodysuit that pays homage to Britney Spears. Overall, the video incorporates a bunch of my passions between music, dance and fashion.

SH: Who's your costar in the music video? What was your experience working with him?

JR: My costar is Jason Koko. He was such a pleasure to have on set and exceeded any expectations I had. He was super professional and so talented! Too bad he had to play a bad guy because he's so nice! 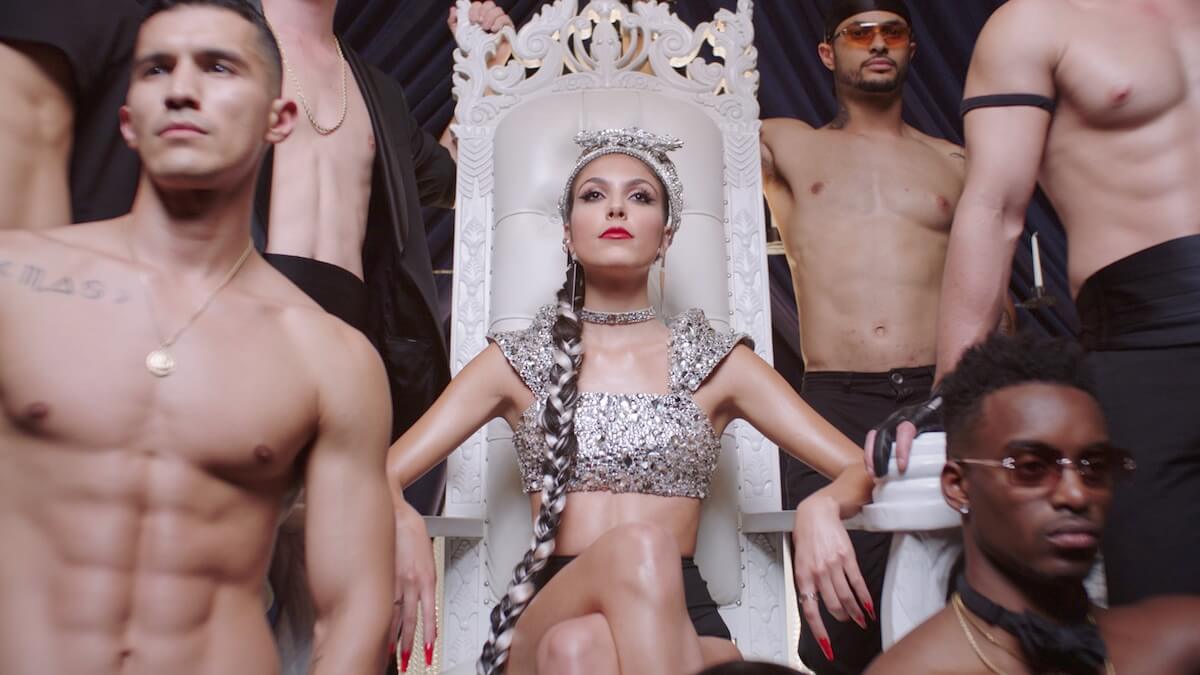 JR: My favorite memory of the shoot is the immense love that I felt the entire day from the crew and my team, especially when we wrapped. It was a sense of happiness, excitement and sadness that the day was over.

Also, in the middle of one take for the dance scenes, the silicone push-up bra insert fell out of my top onto the floor in front of everyone! It was absolutely hilarious, and I could not stop laughing!

SH: Do you play chess at all in real life?

JR: Yes! My dad taught me chess growing up, and I love playing with him and my three brothers.

SH: What's your favorite lyric from the track?

JR: "My heart is more than a target, but I took the bullet regardless." I feel this lyric sums up a toxic relationship where you know you are worth more than how you are being treated and finally realize the hurt your partner has caused.

SH: Is there anything else you want people to know about the song?

JR: There is a certain way I treat people, and that's how I would like to be treated back. In the game of life, when someone doesn't know your worth, you have to check them. Kind of like, "Bye, Felicia!" It's like, "Checkmate!" My goal is for #Checkmate to be the new "Bye, Felicia."

Can't get enough of the track? Click HERE to discover everything you ever wanted to know about Jena Rose.