Jeremy Shada On Voicing Finn the Human + Make Out Monday! 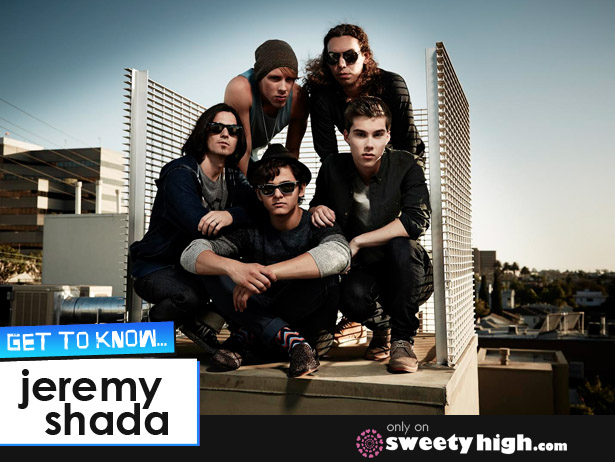 According to Jeremy, he and Finn the Human have quite a bit in common.

"I'm like Finn, who's not necessarily a goody two-shoes, but he's kind of apt to do the right thing," Jeremy said. "And he's very adventurous."

Jeremy and Finn also share a lack of math skills. But they do differ quite a bit in the love department.

"Finn has kind of a lot of girl issues," Jeremy explained. "And in real life, I literally have no time for ladies."

Finn's potential love interests include Princess Bubblegum, Marceline, Flame Princess and many more, including princesses, pillow people and caterpillars. We asked Jeremy if he secretly wished Finn would end up with any gal in particular.

"That's a hard choice," he said. "All of his love interests are pretty awesome. But personally, I'm kind of a fan of the Finn and Flame Princess thing. I think their dynamic is really cool and like them  together as a couple. I was kind of bummed out when they broke up, but we'll see what happens."

About four months ago, Jeremy and a few friends started a band called Make Out Monday. Jeremy plays bass, his brother, Zach, plays keys, and his best friend, Logan, plays rhythm guitar. Jeremy, Zach and Logan each sing for the band, as well.

"We have three lead singers," Jeremy said. "It's cool because we have a lot of different harmonies and we switch off on different songs."

Jeremy described Make Out Monday's sound as a mixture of alternative, pop-punk and rock.

"I think the cool thing is we're not really in one specific genre," he said. "We like to go to different places and do different things. I guess if I was gonna compare it to certain bands, it would be something like a mixture of like Fall Out Boy, Imagine Dragons and maybe 30 Seconds to Mars."

Learn even more about Make Out Monday at their official website here, and catch Adventure Time on Cartoon Network!

Also be sure to join our Adventure Time fan clubs at Sweety High and check out our interview with Jeremy on all things Adventure Time, plus more interviews with wonderful voice actors, below!