Back at an age when most of us were still just learning to read, Joey King was already a working actress—with some very recognizable co-stars to boot.

The Kissing Booth star brought us back to the early days of her career on Friday when she shared a throwback photo with her first co-stars. In it, a young, pig-tailed Joey poses with Dylan and Cole Sprouse, whom she appeared alongside in two episodes of The Suite Life of Zack & Cody back in 2006.

As you can imagine, the photo is the definition of cute. 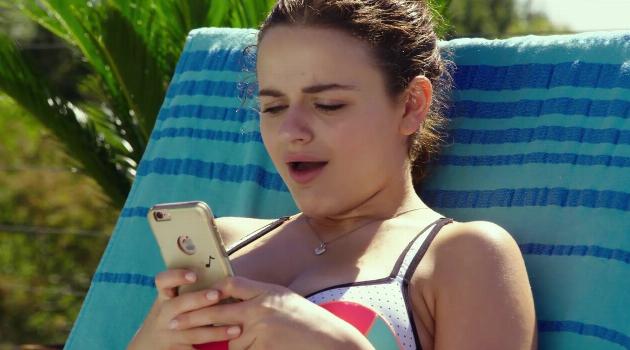 The three actors all look so different in the photo than they do now, but Joey has definitely changed the most. She would have been around 6 years old to Dylan and Cole's 13 when the photo was taken, assuming it came from her time on The Suite Life.

Joey's caption doesn't specify what year the photo comes from, but it does make a joke about her relationship to the twins. "#fbf to when I was the triplet they always wanted," she wrote.

Sadly for Joey, it looks like she hasn't quite reached sister status. Cole commented, "Dylan is the only sister I can handle," so it looks like they're not exactly #FamilyGoals, even if they did make cute co-stars.

If you liked The Kissing Booth, click HERE to read more about Joey and her boyfriend-slash-co-star Jacob Elordi.