There's a good reason the original film Hustle has rapidly become the most-watched movie on Netflix.

The film, starring Adam Sandler and Queen Latifah, is a true underdog story about a weary basketball scout who discovers an unexpected superstar player in Spain, and how their combined tenacity—and passion for basketball—are all they need to make their dreams come true. It's a thrilling sports movie, as well as a buddy film, filled with charm and love and brought to life by its talented stars.

That, of course, includes actress Jordan Hull, who plays Alex Sugerman, the daughter of Adam Sandler and Queen Latifah's characters. We got the chance to chat with her about the epic role, her favorite memory from set and so much more.

Sweety High: Can you tell us a little bit about Hustle?

Jordan Hull: After discovering a once-in-a-lifetime player with a rocky past abroad, a down-on-his-luck basketball scout (Adam Sandler) takes it upon himself to bring the phenom to the states without his team's approval. With the help of his family and against the odds, they have one final shot to prove they have what it takes to make it in the NBA. 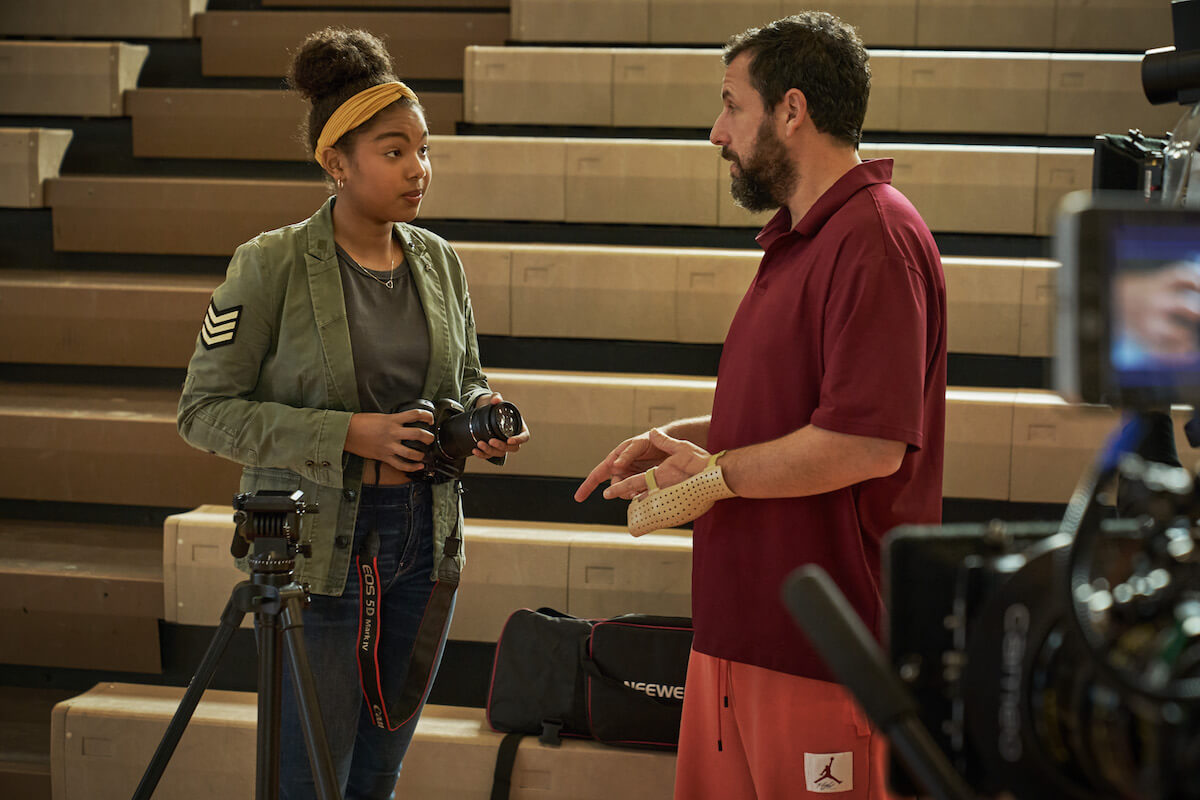 SH: Are you into basketball at all in real life?

JH: I am actually! I played as a kid, but just picked it up again after like seven years. I am a part of a women's rec league (shoutout Team Blouses) as well as play pick-up on Fridays whenever I can. Although I am up to date with the NBA, I am a big fan of the WNBA and just went to my first Sparks game last Saturday with some of my basketball friends!

SH: What's your character in the film like? What would you say are your biggest similarities with her, and your biggest differences?

JH: Alex and I are similar in our love of family and film. She's proactive and ambitious, and I'd like to think I am too.

SH: What was it like to work alongside Adam Sandler and Queen Latifah in the film?

JH: Working with Queen and Adam has been one of the highlights of my career. They are both replete with generosity and brilliance. Every day on set was a masterclass in how to be a successful and virtuous actor. 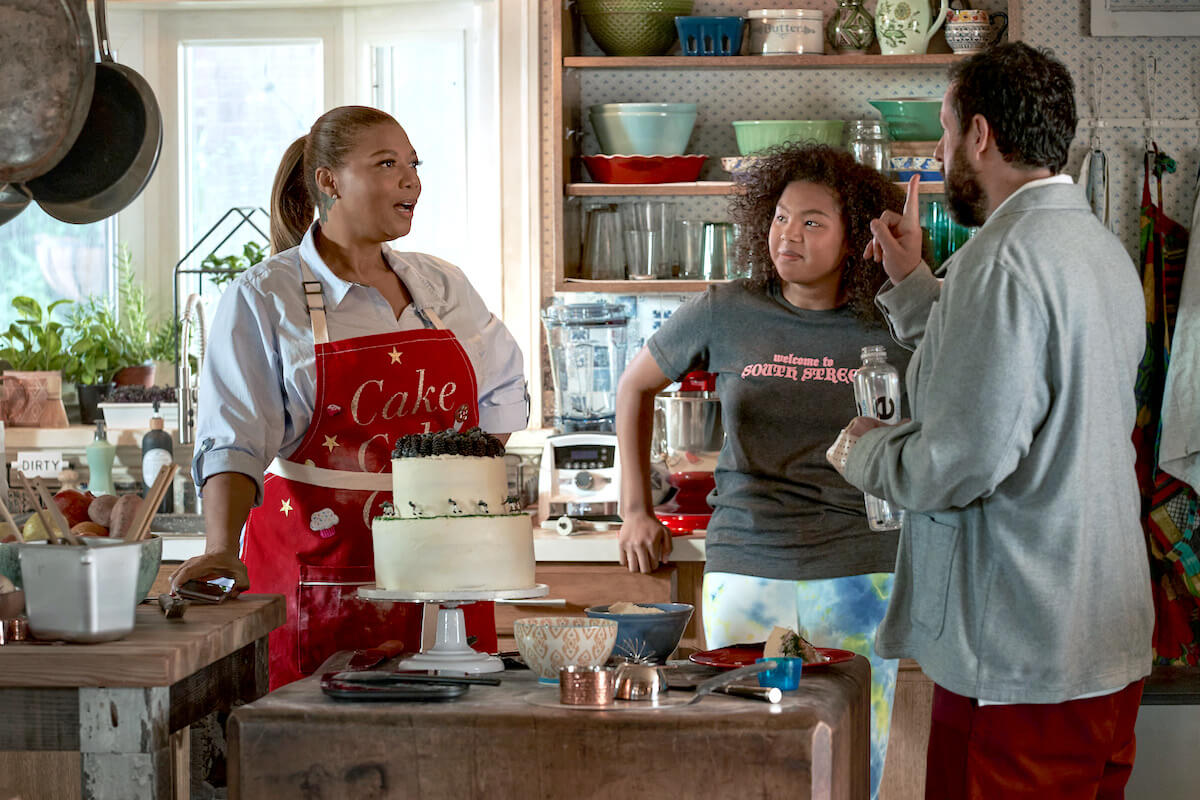 SH: What was your most memorable moment on the set of The Hustle?

JH: The most memorable moment was when I brought my guitar to set and jammed with Queen and Adam. I played "Blackbird" on the guitar and sang "Valerie" with Queen. I will never forget that experience.

SH: The L Word: Generation Q is also coming back this year for a third season. What has been your favorite experience from working on the show?

JH: Working on The L Word: Gen Q is a dream job. I always feel represented in front and behind the camera. Our cast is so dreamy and I love them all so much. I can't pinpoint a favorite experience because every day it just gets better and better.

SH: What has been the best part about bringing Angie to life on the show?

JH: Hearing from fans that my portrayal of Angie brings a sense of belonging is the best part of bringing her to life. Angie is such a joy to play and it makes me so happy when that comes across on-screen.

SH: Is there anything you can tease about what's coming up next for her?

JH: Angie is growing up! Fans will see her navigate young adulthood and all that has to offer. I'm so excited for audiences to see her growth!

SH: What's the best advice you've ever received from a castmate? Who was it, and what did they share?

JH: Jennifer Beals is a sage. I am always learning not only from her words but also her actions. She always reminds me that this journey is a marathon, not a sprint. Reminding me that longevity overpowers instant gratification… every time.

Can't get enough of the movies? Click HERE to find out what the cast of Lightyear looks like in real life.