We're probably way more excited than we should be that the classic show Blue's Clues is back in the form of a new Nickelodeon series called Blue's Clues & You.

This time around, the wonderful show is hosted by Josh Dela Cruz, and we think he's the perfect fit. If you're curious about Josh and what makes him tick, you've come to exactly the right place. Keep scrolling to find out everything you wanted to know about him. 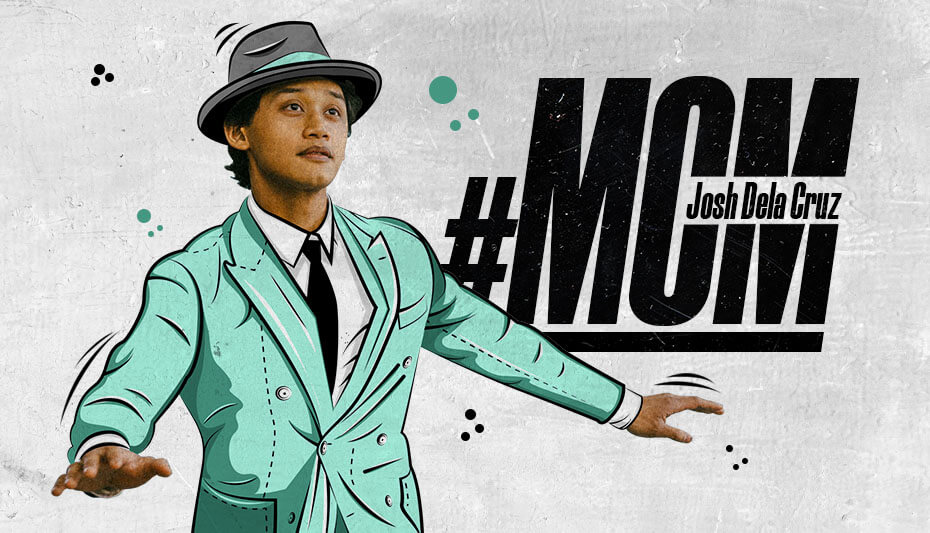 1. Josh's biggest pet peeve is when big egos get in the way of understanding and peaceful communication.

2. While he's been filming in Toronto, his favorite meal has been the Tiger Bowl with vegan feta from Fresh.

I've ordered it multiple times in a single week before—and I'll do it again."

3. The last celebrities he got starstruck over were apl.de.ap and Taboo from The Black Eyed Peas.

"I shared a bus with them before the Macy's Thanksgiving Day Parade and I nearly lost my mind. They came up and said hello and I was floored. If you want to talk about diversity, crossing genres and breaking down borders, The Black Eyed Peas were it. They're heroes to me and my family. But what's surprising is how open, humble and giving they were of their time and energy. I hope to bring that kind of energy and openness to my everyday life."

4. His parents are his biggest heroes.

"I owe everything to them. When I told them I wanted to be an actor, not once did they tell me to be practical. They were afraid, but they believed in me. We didn't grow up with a lot of money, but my parents always made sure they gave us every opportunity possible. I know that isn't always the case. I'm so blessed it was for me."

"He is the most loving, intelligent and manipulative dog in existence."

6. His favorite concert experience ever was seeing the Canadian punk band PUP in Toronto.

"One of my best mates got tickets to see them in Brooklyn when I was home in New York. First of all, I've never been to a concert before. Second, they were incredible! The energy, sound and command of the audience was stellar. Watching a concert on YouTube never does the band justice. There's an energy that never translates. Watching their show felt like a massive wave—I was swept up and taken in by the current. It was epic."

7. His favorite colors are forest green and blue.

"Unfortunately, forest green never quite works on me, so I tend to wear a lot of blue tones. Then I became the host of Blue's Clues & You. It's now all that I wear. How fitting that one of my favorite colors is now something that I will forever be associated with."

8. Josh has always wanted to become a better guitar player, and the show has given him just that chance.

"Before the show, I was pretty much a four-chord, play for my wife and dog kind of guy. But since I play on the show, I've been taking lessons, enjoying practice, and getting over the fear of playing in front of people. It's amazing how one opportunity leads to another."

9. His go-to Starbucks drink is a grande iced coffee—though he prefers to call it the classic size "medium."

10. His first big break was being a part of the original company of Disney's Aladdin on Broadway.

"The people I worked with and the things that I learned there have made me such a better, more confident and curious person. That said, I now work for Nickelodeon. I got into theatre because it taught me confidence and communication. My family at Aladdin gave me that and more. I loved my job there; I love the people more."

11. Even though Josh is a major morning person, he says his biggest guilty pleasure is occasionally sleeping in.

"I love mornings because there's more time to dream, play and get things done that way. I try to take advantage of every extra bit of morning I can get, but every once in a while, after being very productive and working very hard, I'll sleep in and take the day as it comes. Also, pizza. Inordinate amounts of pizza."

Love your dog as much as Josh loves his? Click HERE for the cutest Instagram captions for adorable pics of your dog.