Justin Bieber and Hailey Baldwin's wedding plans might be moving as fast as their whirlwind romance.

The musician and the model went public with their engagement on July 9, just a day after reports emerged about Justin's July 7 proposal in the Bahamas and mere weeks after they started dating again in June.

Now, it seems they've already picked at least some of the members of their wedding party. Hailey's aunt Kim Basinger told Us Weekly that both Ireland and Alaia Baldwin are going to be bridesmaids. 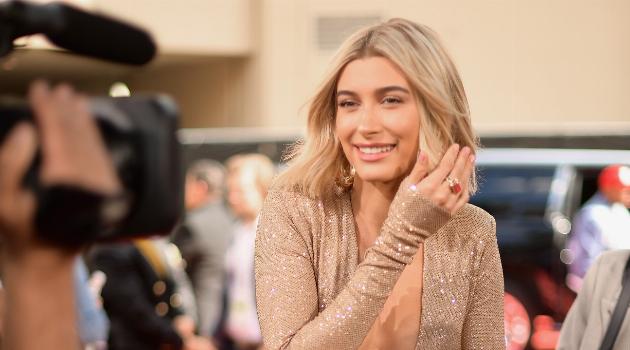 Kim was once married to Hailey's uncle, Alec Baldwin, and the two are parents to Hailey's cousin, Ireland. Meanwhile, Alaia is Hailey's sister. The three are close, and it sounds like the family is happy to celebrate the marriage.

Kim also added that she's "very, very happy for Hailey" and that she thinks her niece's husband-to-be is "a cool guy." Although she doesn't know him well, Kim said that her daughter does.

Ireland seems supportive of Hailey and Justin's relationship. She congratulated them via Instagram on July 9 alongside a throwback photo and joked that there's going to be "one less lonely girl."

There's gunna be one less lonely girl ???? … and only one lonely girl left ???? my other chicken is soon to be a beautiful bride ♥️. congratulations to the two of you @haileybaldwin @justinbieber

A post shared by Ireland Basinger-Baldwin (@irelandbasingerbaldwin) on Jul 9, 2018 at 7:10pm PDT

Alaia similarly sent her best wishes to the couple with a July 9 Instagram post. She shared a photo from her own wedding and congratulated her "baby sister on this exciting new chapter."

From one bride to the next ….. congratulations to my baby sister on this exciting next chapter! I love you and wish you both the best. Can't wait to celebrate with you! @haileybaldwin @justinbieber ????????????????

We don't know yet whether Alaia and Ireland will be the only bridesmaids in the wedding or if there will be more, but whatever the case, it's clear that Hailey and Justin will have a lot of love and support in their corner when the big day comes.

If you're a big fan of the Biebs, click HERE for our list of his most underrated songs.