Everything You Wanted to Know About Actor Justin Caruso Allan

7-year-old Justin Caruso Allan is so much more than just the little brother of the Allan Twins, Ella and Mia.

The young actor is already making a name for himself in the industry with a number of impressive acting credits to his name in both TV and film. He's also appeared alongside some major stars, including John Cena and Ben Schwartz, and it's clear he's just getting started.

Curious about Justin? Keep reading to discover everything you wanted to know about him. 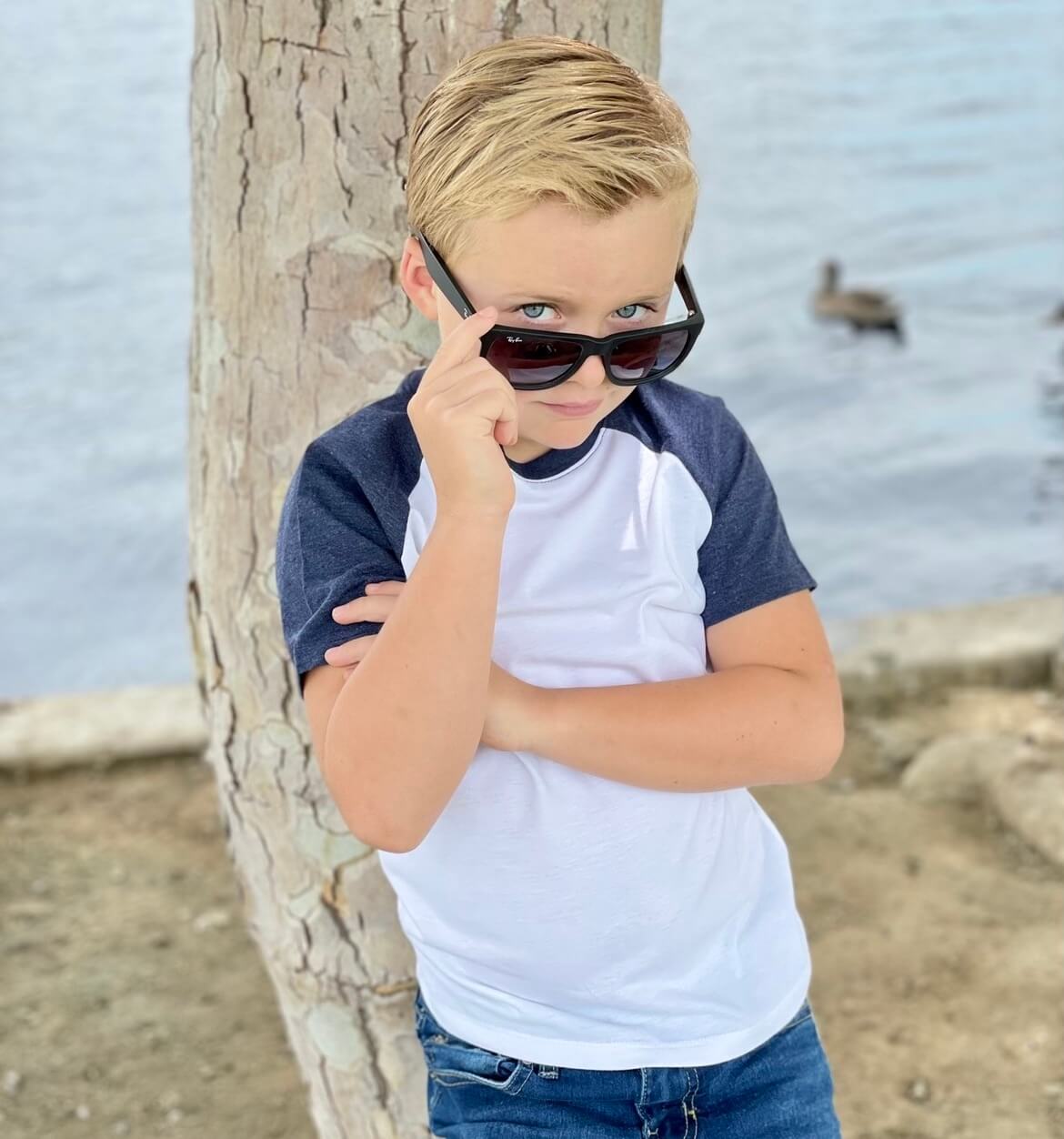 1. Justin loves history and getting to learn about the past, but doesn't love science so much.

"Not a fan of science because you have to write like four pages of volcanos!"

2. The last song he had stuck in his head was "Dance Monkey" by Tones and I.

4. Halloween is his favorite day of the year.

5. He thinks he'd be terrible at being a doctor.

6. The top things on his bucket list are to either go gold mining or hunting for treasure in sunken pirate ships.

7. His sensitivity is his favorite thing about himself.

8. When he's on his phone, he's almost always playing a game like Tank Stars or Among Us.

9. The best concert he's ever been to was The Freedom Experience.

"It was my first concert. Justin Bieber and Chance the Rapper headlined."

10. There are a few things that Justin considers core to who he is as a human.

"I am a Christian. God first, then family, then friends. I am ambidextrous but favor the left side. I love basically anything sports especially baseball. My favorite team is the San Fransisco Giants (sorry Dodger fans)!"

If you liked this piece, you may also want to click HERE to learn all about why Justin's sisters, the Allan Twins, were our Woman Crush Wednesday.