You probably know Disney star Karan Brar from his role as Ravi Ross on Jessie, but after the show wraps up this season, Ravi's adventures continue on the spin-off, BUNK'D! We spoke with Karan to learn all about the new show, which airs Friday, July 31, after Descendants on the Disney Channel.

If you could live in a movie, which one would it be?

I think it would have to be Harry Potter… I mean who wouldn't want to be a wizard?!

I can text and talk at the same time. It's useless considering I get some words wrong and have to end up proofreading everything.

Where do you look for inspiration?

I have this old journal I keep full of old ideas and some written entries, and occasionally I'll flip through the pages just to keep me inspired and to keep me motivated.

Alfred Hitchcock (he's a director from the 1960s).

Probably The Incredibles. I know it sounds strange but when I first watched that movie I just found it so cool that even though this family is comprised of people of all different shapes and sizes they're still capable of extraordinary things. And considering my hight disadvantage, that movie inspired me a lot when I was younger.

What fictional character do you totally identify with?

Dory from Finding Nemo, most likely. I forget things constantly and get easily sidetracked. Haha.

What emoji describes you best? 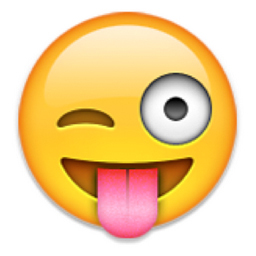 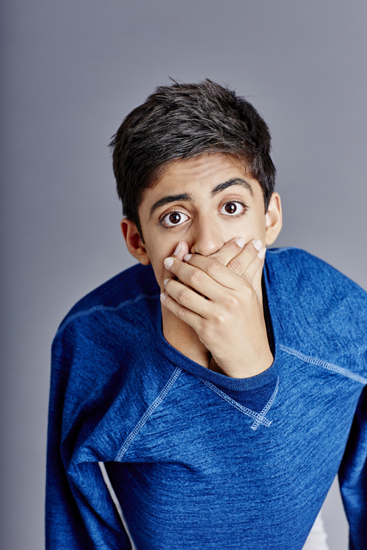 What was it like to wrap filming Jessie, and then start working on BUNK'D? What can we expect from the new show?

It was really sad having to wrap up Jessie but I was also excited to start BUNK'D since I'm able to keep working with most of the same cast and crew, and on top of that we get to keep the storyline going. With this new show I think fans can expect some really cool new storylines that we haven't explored before, and we also get to introduce some amazing new characters.

Can you tell me anything about Invisible Sister? What's your role in the film?

I can't give away too much just yet but what I can say is that my character's name is George and I play Rowan's sidekick/ best friend in the film! It was a ton of fun to film with the girls, and I can't wait for the fans to see it.

What was it like to be nominated for an NAACP Image Award? What did that mean to you, and why was your role as Ravi so important?

It was exciting yet overwhelming when I was nominated; being able to play the role of Ravi is a big deal to me since he's a part of a culture the channel hasn't explored yet until now. And being someone who gets to educate a massive audience about my/Ravi's culture is something I take pride in every day. 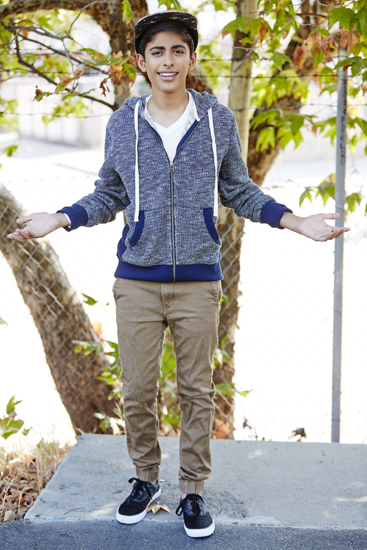 What else can we expect to see from you soon?

Currently I'm focusing on BUNK'D and Invisible Sister but I've got a few things I'm working on that I hope I can share with everyone soon!

Tell me about generationOn. What has it been like to be a celebrity ambassador for the organization?

GenerationOn is a global service movement, aimed to encouraging youth to take action that changes the world through service and being able to be a part of their mission is truly amazing. I get to help make the world a better place in any way I can with extraordinary kids and teens.

I kinda want some coffee right now. I know it's random but I thought it was worth adding.

Love Karan Brar? Share your thoughts on this interview in the comments below, and make sure to tune in to BUNK'D tomorrow night!