Mustering up the courage to text to your crush, let alone make eye contact with them as you pass each other in the hallways at school, is by no means an easy task.

Luckily for you, we've recruited Karan Brar, a guy well-versed in the subject of dealing with crushes, to offer some helpful tips for when you finally decide to make your move.

From the best text to send, to exactly what you should if your crush says you're wearing too much makeup, Karan is sharing some seriously insightful bits of wisdom that will land you a date with your love interest in no time. 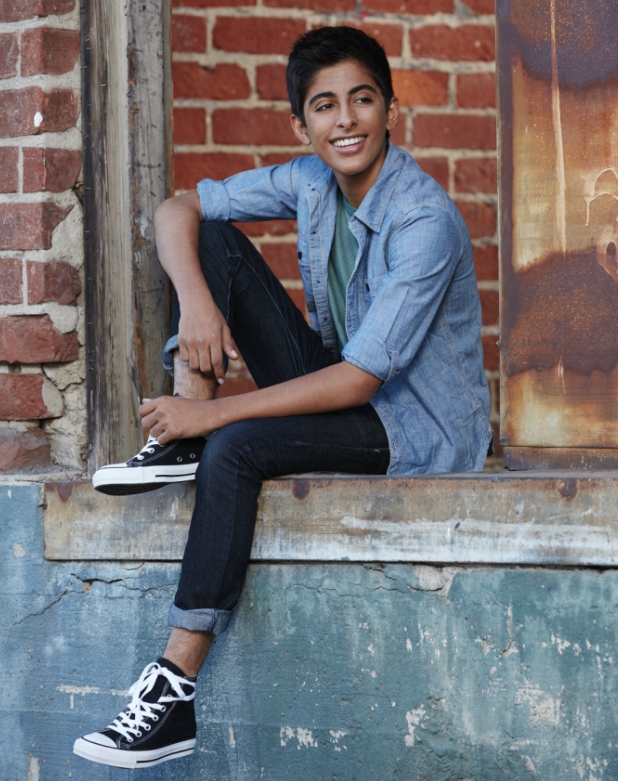 Sweety High: What's the best way for a girl to get a guy's attention?

Karan Brar: Guys are very, very stupid. It's ridiculous. I would say don't make it too obvious, but don't make it too subtle. If you drop subtle hints, he's not going to pick up on it. If you just hold a conversation with a guy, trust me, that will spark something immediately. But don't ever try to force anything.

SH: On the opposite side of that, what's the worst way to get a guy's attention?

KB: Playing games with him. If you're going to be totally flirty with him and then completely shut him down, it confuses the guy. Just be yourself and feel out the scenario. But don't ever be too flippy-floppy with him.

SH: What are some telltale signs that a girl's crush is into her?

KB: If he texts you a lot, that's a big giveaway. If you guys are texting for like a week or two straight, there is definitely something going on there.

SH: Do you recommend that a girl wait to be asked out by her crush, or do you think she should be more forward and do the asking out herself?

KB: I think it's always okay for a girl to make the first move. It's 2016, so women should totally make the first move if they want to. But I also believe a lady is a princess and she deserves the right to have a guy ask her out.

SH: What's the best text a girl can send to her crush that will elicit an immediate response?

KB: If you want the guy to know you're kind of digging him, send him a flirty emoji like the heart eyes or something. I know it's such a subtle hint, but it should work.

SH: What's the perfect way to get your crush to notice you when you're hanging out with his group of friends?

KB: I think it's all about making it as casual as possible. Don't force yourself into a conversation with him. Let it just naturally come together. If the rest of the group knows that a guy likes a girl, they'll make sure they separate from the girl so that those two can have their own time together.

SH: How much attention do guys pay to a girl's hair and makeup?

KB: One, a girl can do whatever she wants. If she wants to wear makeup, she can wear as much makeup as she wants because she's a princess. As a guy, I have no right to judge her for that. Some girls love to wear a lot of makeup and some don't wear any at all. Do what makes you feel comfortable. If a guy has an opinion on your makeup and is telling you to wear more or less, just show him where the door is, ladies!

KB: Rejection sucks. I hate rejection. Things don't always work out and that's fine. Don't be afraid to go out there again just because someone turns you down. The right person could be just around the corner.

SH: What's a great place to go on a first date?

KB: For the first date, keep it light so no one feels pressured to be there for too long. One of my go-to dates is a coffee shop and an improv show. Tickets are super cheap. It's always fun to just hang out, talk and drink coffee.

SH: Is there any other bit of advice you'd like to add?

KB: Girls, if your relationships end up failing because of my advice, I take no responsibility for it!????

Still need some more crush advice? Find out HERE what Joey Bragg thought was the best text a girl could send her crush.