Kazuma Mitchell, also known as Kaz, is a Japanese-American J-pop artist best known for his work with the boy group INTERSECTION—but he's recently launched his solo career, and we seriously can't get enough.

He's already dropped two tracks off of his upcoming EP Code Love, and we are counting down the days until we can hear all of Kaz's genius in one place. If you're as curious about Kaz as we are, keep reading to find out everything we discovered about him as our latest Man Crush Monday. 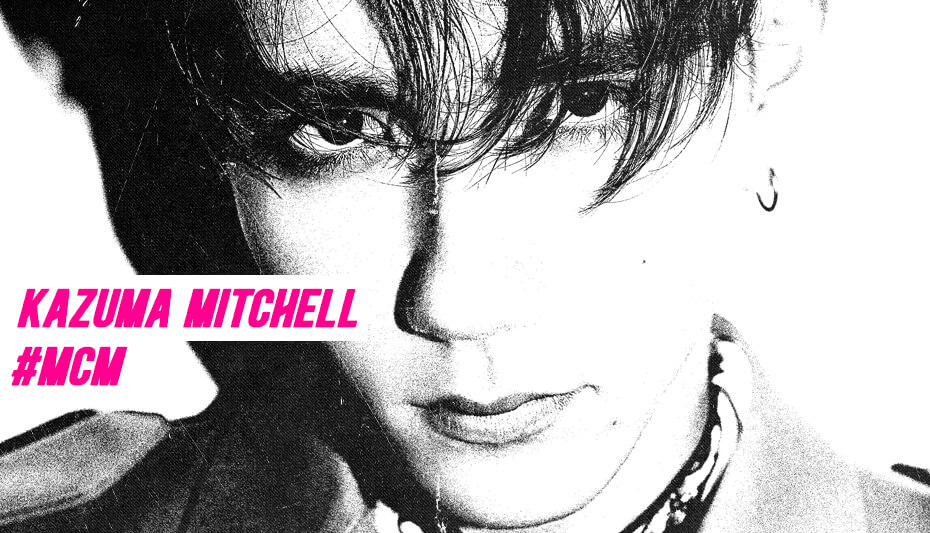 Hometown: Born in New York, living in Tokyo for over 10 years

1. People often come to Kazuma when they need to talk about their problems in life.

"I just kind of listen to them and give them my perspective on it, but I feel like a lot of the time, they don't really follow the advice I give. So I feel like I'm pretty useless when I think about it! But I just try to listen and give my opinion on whatever they're going through."

2. He doesn't have just one person that he's closest to in his life.

"I would have to say it's my close group of friends that I've known for a while who always keep me grounded."

3. He says that even though he seems serious, he's actually pretty playful.

4. He says Spider-Man is the best superhero of all time.

5. He finds both Spider-Man and Goku from the Dragon Ball Z series pretty inspiring.

6. He struggles to pick just one favorite movie because there are so many good ones.

"I really like Shutter Island and Inception. So many new ones I really like, too. I really like horror movies too. Hereditary was good, and I also recommend Spider-Man: Into the Spider-Verse, that one was crazy. Super good.

7. If he could pick anyone to play him in a movie about his life, Kazuma would probably pick Caelan Moriarty, one of his INTERSECTION groupmates.

"Me and my friends play Super Smash Bros. all the time. They call me "king of smash" actually—well some of them do. But I also play League of Legends. I'm really bad at shooting games so I stay away from them. I don't really play Fortnite and stuff. I used to play Pokémon, too.

9. He has one younger sister, making him the oldest child.

"She always got new stuff, like phones, at the same time that I did, and I was always really mad about that because I was like, "Wait, you're two years younger than me. How come you're getting it at the same time?" but I think you get over that once you get older. You learn that life isn't fair from an early age."

10. He tries to keep a balance between being rational and playful:

"I like to stay rational most of the time and think through everything, but recently I've realized that the times that I enjoy the most in my life is when I sort of let things happen and I don't overthink it too much. So I would have to say just staying level-headed, but also in the moment."

Love discovering the stories behind the songs? Click HERE to read our interview with PRETTYMUCH's Brandon Arreaga on their new single, "Trust."