Kerris Dorsey On Her Role In Disney's "Alexander" Film!

Kerris Dorsey stars in Alexander and the Terrible, Horrible, No Good, Very Bad Day as the title character's older sister, Emily. In a new interview, Kerris tells us about why she was so excited to be part of the film and much more! 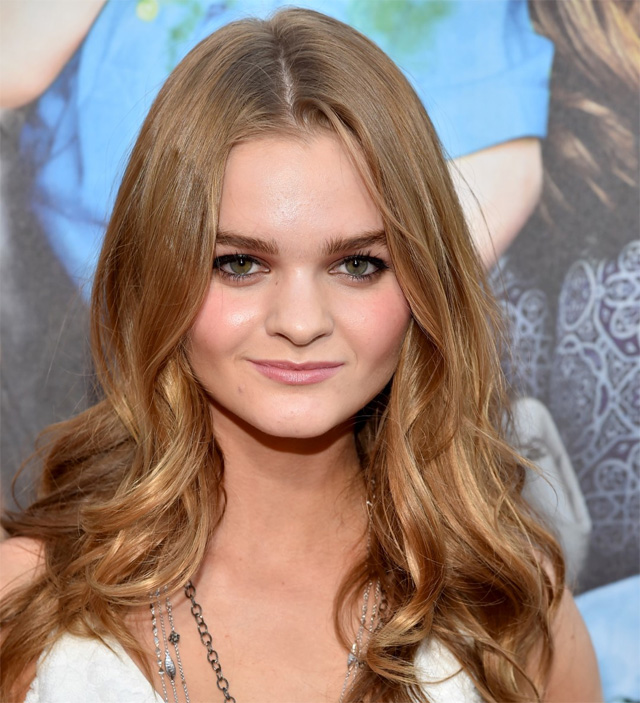 The film version of Alexander and the Terrible, Horrible, No Good, Very Bad Day is based off the book of the same name by writer by Judith Viorst.

"It was one of the first books that my mom read to me and my sister when we were growing up," Kerris said. "It introduced me to my love of books. It was always a stand by in my house and it was on the bookshelf of every classroom that I was in."

Kerris was attracted to the script not only because it was based on one of her childhood favorites, but because it was an opportunity to work with veteran actors Steve Carell and Jennifer Garner.

"I'm a huge fan of them and I was geeking out at the thought of being able to work with them," she said. "Then I met Miguel [Arteta], the director, and that made me even more excited to potentially be a part of it."

The book version of Alexander goes through a single horrible day in the life of the title character. On the other hand, the film tells a much bigger story.

"It takes the concept of the book and runs with it, basically," Kerris explained. "In the movie, there's a part that follows Alexander's bad day, and he makes a wish on his family that they'll understand what he's been going through. The second part of the movie follows the whole family's bad day, and we get to see them go through the things that Alexander faces on a daily basis."

In the film, Kerris plays Alexander's older sister, Emily. Kerris said she was similar to Emily in her enthusiasm for her interests.

"One thing I really respect about Emily is that she's so passionate," Kerris said. "She's kind of a drama queen but she really loves acting and loves singing. She loves everything that she does, 100 percent. Sometimes that can be a little bit obnoxious, but it's cool to play a character that's so vivacious and passionate about everything she does."

But Kerris explained that she differs greatly from her onscreen counterpart in her role as a sister.

"Emily's in her own little world and I don't think anything fazes her as far as siblings go," Kerris explained. "But Justine and I are so close. She's my best friend. We get annoyed with each other of course, because we're siblings, but most of the time I want to do everything with her. Anything I do, I want her to be there. I think Emily wouldn't mind if she was in the spotlight at all times."

Alexander and the Terrible, Horrible, No Good, Very Bad Day released in theaters today! Check out our on-camera interview with the stars and click here to learn more about Kerris's song, "Best Worst Day Ever" and its role in Alexander!

Can't wait for Alexander? Share in the excitement with us at Sweety High!