Kiernan Shipka Proposed to Noah Centineo Via Instagram, and Who Can Blame Her?

Count Kiernan Shipka among the masses who have fallen in love with Noah Centineo.

Like the rest of us, the Chilling Adventures of Sabrina star has apparently discovered the wonderfulness of Noah. She recently showed her appreciation for the fellow actor by proposing to him via Instagram Stories. It's an interesting platform for a proposal, but at the same time, who can blame her for being so swept away? 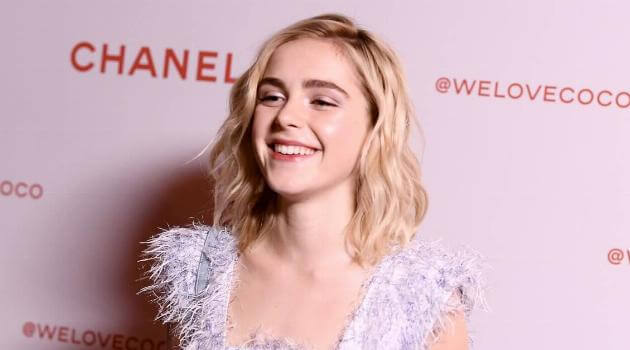 Kiernan, who is 18 to Noah's 22, popped the question by posting what looks like a screenshot photo of the object of her affection and then text added over it.

"@noahcentineo this is an official proposal let me know if you're down and i [sic] can make myself available," she wrote.

Kiernan Shipka is All of Us, Proposes to Noah Centineo on Instagram pic.twitter.com/9Opnk6JHhU

This probably isn't the first proposal Noah has received since winning seemingly everyone's hearts as Peter Kavinsky in To All the Boys I've Loved Before, and it probably won't be the last, either. If it works out for Kiernan, though, it'll be quite the internet meet cute.

Noah has played a handful of swoon-worthy characters now. Click HERE to take our quiz that will determine which one is your soulmate.