Laci Kaye Booth is a musician from Texas living her dream as a recording artist.

She was a season favorite on the 17th season of American Idol, making it to the top five. She then made the big move to Nashville and signed with Big Machine Label Group. Her first album, Something New was released in 2017, and just last month, Booth released a self-titled EP featuring eight stunning songs.

Booth will also be joining the stage with numerous country artists at Stagecoach on April 30, 2022, and we don't think it'll be long before her unique voice will be recognized nationwide. Stay tuned—you don't want to miss the moment her music is on a country radio station near you. 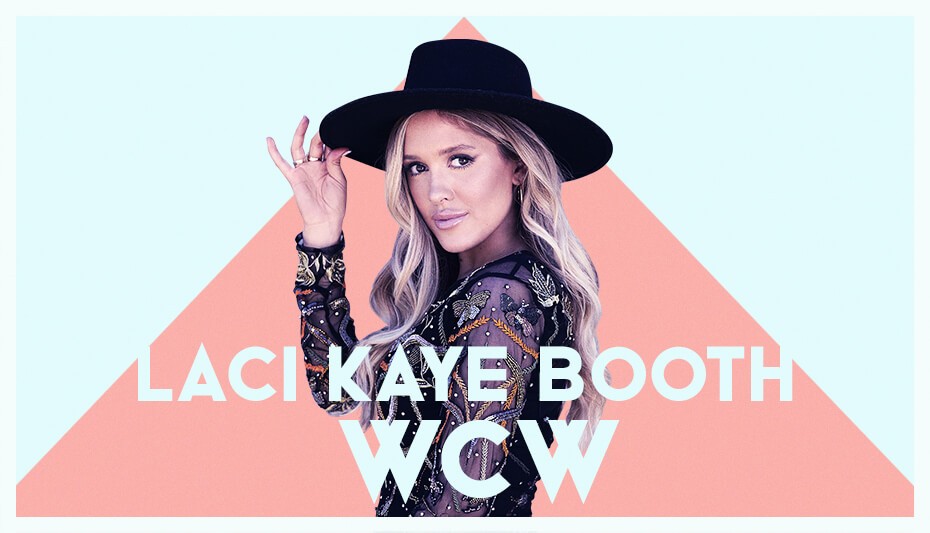 1. The Disney Channel character that she relates to most is Hannah Montana.

2. Her biggest pet peeve is when the wine cork doesn't come out right.

"The part when they're dancing on the boat and he's singing to her!!! UGH, gets me every time."

4. Her biggest character quirk is her ADHD

5. Creme brûlée is her favorite dessert.

"I promise I'm not this fancy though."

6. She would love to steal Fran from The Nanny's style

7. Laci Kaye describes herself as empathetic to the core

"Something I'm really proud of now is how empathetic I am. It used to make me nervous—like I might be empathetic to a fault, but now I realize that it's a beautiful trait. It helps me relate and connect to others, and it is very vital in the way that I create."

8. Her dream vacation is a trip to Italy.

9. She recently got starstruck over country singer Eric Church.

"Oh my—Eric Church. I recognized him at a rooftop bar in downtown Nashville, stomped right up to him and basically I was just a blubbering idiot."

10. Her favorite smell is when you first light a match.

11. The movie Erin Brockovich has made the biggest impact on her life.

Want to hear more about the girls we love? Click HERE to find out why Filipina singer-songwriter Kiana V was our Woman Crush Wednesday.