Everything I Learned From Staying With Someone I Didn't Love

Difficult as it may be to admit, dating is no walk in the park. 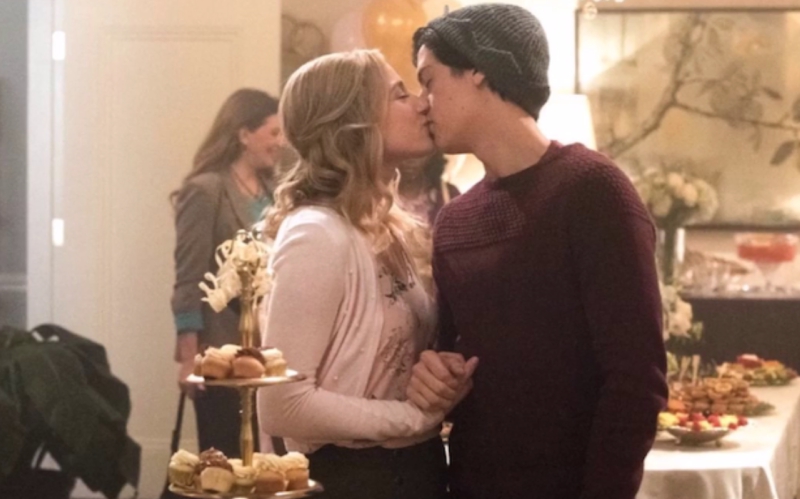 Unfortunately, not every relationship is going to end in a happily ever after scenario, and deciding what you want out of your romantic life takes a bit of trial and error. While it makes sense to say you shouldn't date someone you don't feel strongly for, you'd be surprised how easy it is to find yourself in a relationship with someone who you know you could never love.

At one point in my romantic history, I came to the unfortunate conclusion that I wasted my time with someone I didn't love. Thankfully, important lessons can be learned from every relationship, and over time I was able to find the positives within a difficult and complicated situation.

Keep scrolling for everything I learned from staying with someone I didn't love.

Create your own user feedback survey

During high school, one of my closest friends was a boy who lived very close to me—about a 10-minute walk from my house. Because we lived in such close proximity, we spent tons of time with each other, often meeting up after school and on the weekends to watch movies and hang out. We had similar senses of humor, so we were always laughing when we were together, but we were also capable of having serious conversations. He was such an easy person to talk to and we got along so well, so it made sense that our friendship slowly evolved into something more. 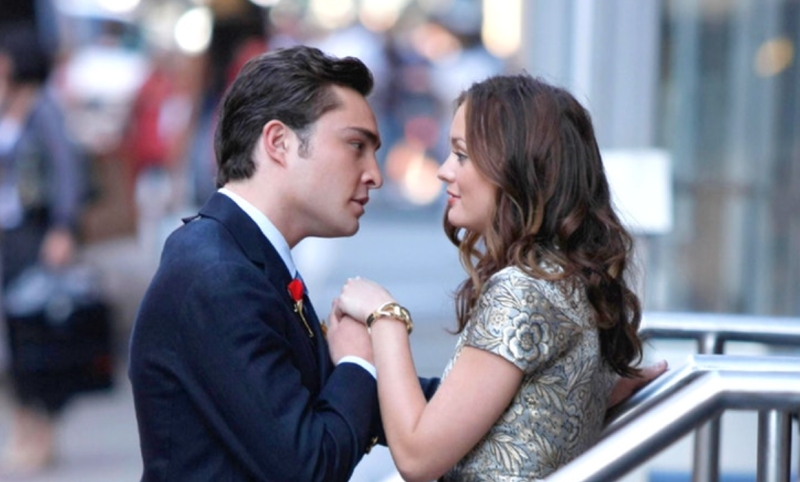 When we first started dating, I was on cloud 9. I truly felt like I was dating my best friend, which is what I always wanted out of a romantic relationship. Sadly, our romantic connection didn't come nearly as easily as our friendship. Jealousy would often invade our interactions, causing a lot of tension between the two of us and the rest of our friend group. In addition, he was fairly moody and demanded a lot of my time and attention, meaning that a few of my friendships suffered.

Still, the good outweighed the bad, and I was young and inexperienced, so I thought that my constant anxiety about the state of our relationship was just part of dating someone.

The real catch of our relationship, however, was that I always knew that I wasn't in love with him. He would often tell me he loved me and I knew the words were very serious for him, so I would panic and say it back. I really wanted to love him—he was my best friend and ultimate confidant, after all—but I knew my feelings didn't run as deep as his. It wasn't until I moved away from my town and we attempted a long distance relationship that I realized that I would never feel for him the way he felt for me.

After I realized I wasn't ever going to fall in love with him, I ended things. It was difficult for both of us, but I know the news hit him harder than it hit me. Part of me always knew the relationship wouldn't work out, but I didn't want to face the truth of my feelings. Plus, my inability to be honest with him about where I was meant he was fairly blindsided when it came time to calling things off. It was never the same between us after that, and we eventually  stopped talking all together, meaning I sadly lost my boyfriend and my best friend in one fell swoop.

But this unfortunate experience wasn't a waste of time. It taught me so much about what I want in the future, and how to approach my relationships to come.

Take a look at the lessons I learned below:

It may seem like a no-brainer, but the first lesson I learned from this romantic relationship is you should never say "I love you" to someone if you don't wholeheartedly mean it. The problem in this relationship was that I don't think I recognized the warning signs about my lack of feelings early enough. I didn't feel like I was lying when I told him I loved him, but I also always felt a twinge of regret.

I loved him in a certain sense, so I justified saying "I love you" back to him, but I think I always knew I wasn't head-over-heels in love with him. It was more of a love between two close friends, and I wasn't experienced or self-aware enough to understand the difference. However, saying "I love you" to him only made him more rooted in our relationship. I was too scared to tell him about my worries and the twinge of regret I felt, so I just let it go, which made things much more painful for him in the long run.

If you have any worries or fears about telling someone you love them, don't say it. Wait until you mean it with your whole heart and it will make both of you much happier and eliminate the pain of explaining that you didn't mean what you said. 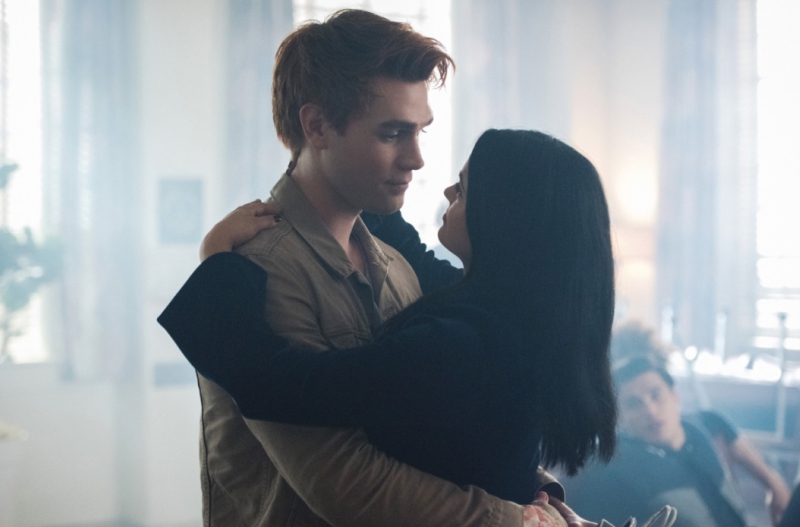 One of the driving forces that encouraged me to stay in this relationship was  a sense of guilt over hurting someone I cared about. I knew he had deeper feelings for me than I did for him, and I always felt terrible that I couldn't just force myself to feel the same way. I knew how badly it would hurt him if I left, so I decided to just stay.

I let my guilt control my romantic life, and it only made things harder for both of us when I finally ended it. Not only did it draw out our relationship, but it also messed with my mental well-being. I ignored my gut feeling, which led to a lot of anger and frustration because I knew things just weren't right. Much of the time, I would take out my anger on him, which would lead to a lot of fights and arguments that could have been easily avoided if I had just been honest with my feelings from the beginning.

Hurting people is hard, but you can't allow guilt to pressure you into staying in something that you know isn't right. In the end, you won't spare anyone's feelings and you'll simply have prolonged a relationship and made it harder for both of you to walk away.

Lesson 3: Don't Be Afraid to Step Out of Your Comfort Zone

Unfortunately, I think another large part of the reason that I didn't end things with my boyfriend revolved around the fact that I was just so darn comfortable with him. He was truly my best friend, and I never felt like I had to hide who I was around him. He accepted and appreciated all the quirky parts of me and we mutually understood each other so well, so giving all of that up didn't seem worth it for a long time.

However, being content to stay in your comfort zone means you're never challenging yourself or working to improve your situation. It can lead to a lot of apathy and a general feeling that things that are "good enough" shouldn't be messed with, which is totally not the case. Whether in your romantic relationship or in your general life goals, you should always be striving for more. Good enough should never be good enough, and stepping out of your comfort zone is an important part of finding something truly exciting and incredible. 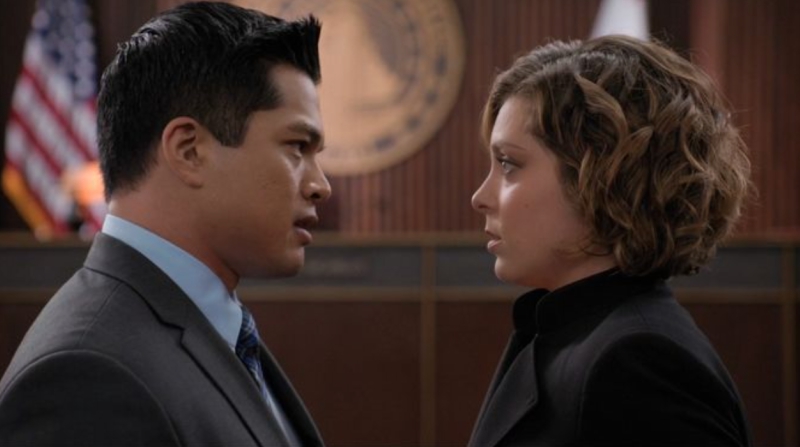 Lesson 4: Not Every Relationship Has to Be a Love Story

I think the most interesting thing I learned from dating a boy I knew I could never love is that not every relationship has to be a love story. Love is an important and special feeling that you won't experience every day, and you can truly care for someone and want to spend time with them without ever falling in love with them. You can learn just as much from relationships that never develop into love as you can from love-focused rapports.

Not every relationship has to end in a happily-ever-after, but that doesn't make it any less valuable. If anything, those relationships can help lead you to and prepare you for the person you are meant to be with. Don't shy away from following your feelings from someone because taking a chance and seeing where things go is the only way you'll eventually find your ultimate love.

Are you searching for the best way to turn your casual crush into a full-blown relationship? Click HERE for six creative ways to get noticed by your crush!