Everything You Need to Know About Actress Lilo Baier

Lilo Baier is a 15-year-old triple threat with experience in Broadway, musical theater, modeling and voice-over.

She's been dancing, singing and acting since she was just 3-years-old, and with her upbeat and eager attitude, she has accomplished so much at such a young age.

She's also had the incredible opportunity of performing at Carnegie Hall in New York City, a well-known concert hall that showcases the best music and musicians. She also won first place in the Broadway/Musical Theatre Repertoire category at the American Protege International Vocal Competition in 2017, and performed on The Voice Kids in 2019, singing powerful songs such as "How Far I'll Go" from Moana and "Shallow" by Lady Gaga and Bradley Cooper. 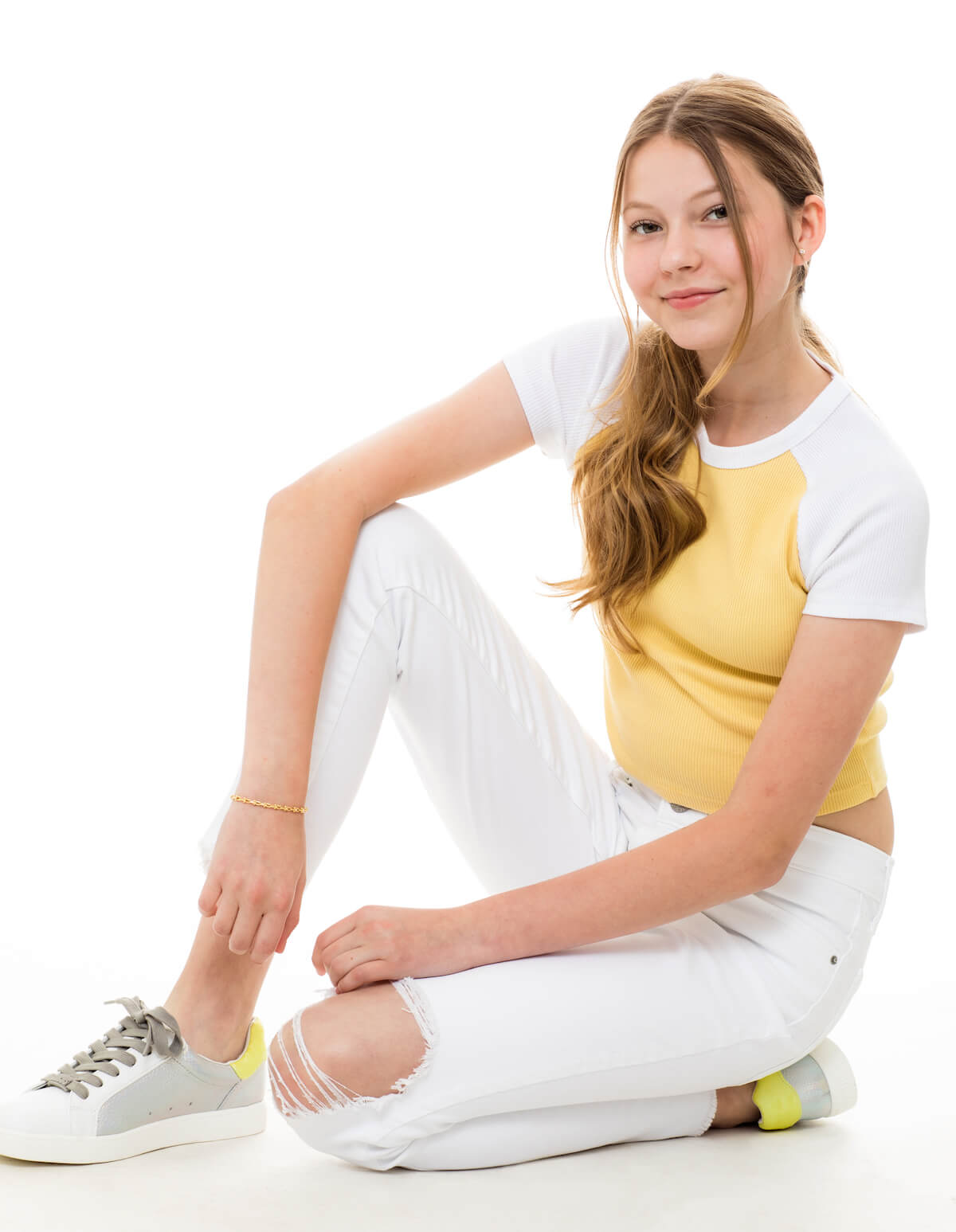 1. Lilo would love to become a better surfer.

"I started it in Bali (Indonesia) when we were on vacation a few years ago and I really want to get better at it. That's why I started taking surf lessons here in L.A.. It's so much fun riding the waves in the ocean."

2. She relates to Moana more than any other Disney character.

"She is adventurous, fun and compassionate. She stands up for herself, her family and friends—all attributes I can relate to. What I love most about Moana is that she does not listen to naysayers and just follows her passion. I have also followed my passion since I was 4 years old. I started performing when I was young and soon also started to act. No matter what other people tell me, I will continue on my path. Fun Fact: Moana sings my long time favourite song 'How Far I'll Go' in the movie. I performed it so many times and I even got to perform it in the TV show The Voice Kids Germany."

"I'm Austrian but grew up in Singapore so I never got to experience living in Austria. My parents grew up in Austria and made sure that we never lost touch with where we are from. My mom would make Wienerschnitzel with potatoes for us every few weeks. It was always my favourite dish as it also 'broadcasts' my nationality. My grandma would come visit all the time and would also make many Austrian dishes, like apple strudel, that I just loved."

4. Her brother and sister make her laugh more than anyone else.

"My brother is 13 years old and so we have a lot to connect and laugh about. My sister is 9 years old and everything she does is just hilarious—the way she says things and does them. They both like to laugh a lot and I always find myself laughing 24/7 with them."

5. The movie Wonder had a big impact on her life.

"The movie is about a young boy Auggie Pullman, played by Jacob Trembley, who was born with facial differences. It had such a clear message, to spread kindness and seeing people for who they are and not what they look like. This is something I live by, too. I teared quite a bit during the movie as it touched me deeply."

6. Her best fan encounter was when she was the lead on the TV show Ollie and Friends.

"We went to a film festival and performed songs and dances from the TV show and had interviews and picture sessions. There was one particular fan who came every single day. She gave me a poster that had my character's name on it with my real name decorated—it was so sweet. She also gave me a few presents like little bracelets. I did not expect that at all. We talked for a while and it was a very memorable experience."

7. Eucalyptus is her favorite scent.

"I love it so much. It's so fresh and strong that I love smelling it. I have a few eucalyptus sprays in my room that I use either just to scent my room or to sleep better."

8. Not many people know that Lilo is Austrian but she was born in Singapore and grew up in Asia before moving to Los Angeles, California.

9. She was starstruck meeting Adam Sandler.

"We met at Nickelodeon and he was sitting there. I went over and said hi and then talked to him for a bit. In all of his movies he is extremely funny and he was exactly the character he plays in real life. I've been his fan for a long time and it was so cool to meet him."

"I wouldn't be who I am without them. They have supported me to follow my dreams and are always there for me. My family will always be the number one priority in my life."

Want more on the Girls We Love? Click HERE to find out why Eurovision winner Netta was our Woman Crush Monday.