Before this month, I had no idea that "buzzing" lip balms even existed.

That changed when Doctor Lip Bang offered to send me a few tubes of their Lip Freak lip balm. They claim to produce "the strongest buzzing lip balm in the whole world." That title obviously made me curious, so I was eager to try out the balms myself.

Lip Freak is a line of colorless lip balms made with 100% natural ingredients that make your lips tingle after application.

You might suspect that a product that makes your lips feel like they're vibrating would also act as a lip plumper, but Lip Freak isn't one. Instead, they say their goal is hydrating lips, with the adding buzz for fun's sake. According to their website, they achieve this effect with a combination of beeswax, sweet almond oil, vitamin E, peppermint oil, cinnamon oil and rosemary oil extract.

though the website says that the products that make your lips vibrate and buzz is totally top secret, all ingredients are listed on the back of the package. After all, what if I was allergic to something on the list?

While Lip Freak balms come in 10 flavors, I was sent three to try: Sin-o-Mint, Coco-Loco-Mint and Berry Sinister. 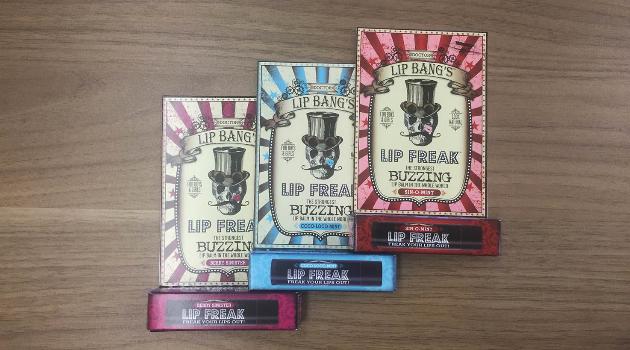 I had no idea what to expect before my first application of a Lip Freak balm. I was a little intimidated, so I started with the non-mint flavor in my batch, the Berry Sinister. 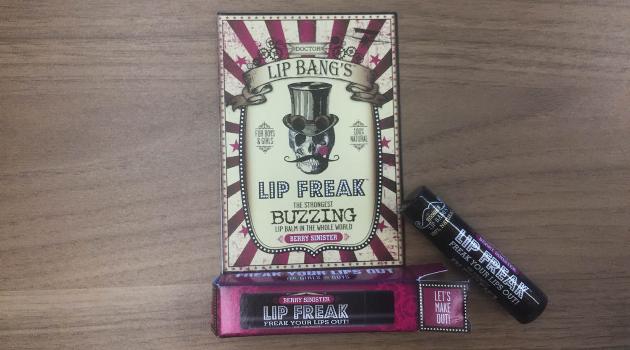 When I opened the balm, I was a little surprised to see that it was a plain yellow-white stick, without any added color or shine. It smelled slightly fruity, but it wasn't the strong, sweet scent I was used to from beauty products. I applied a couple of coats to my lips and hoped for the best. 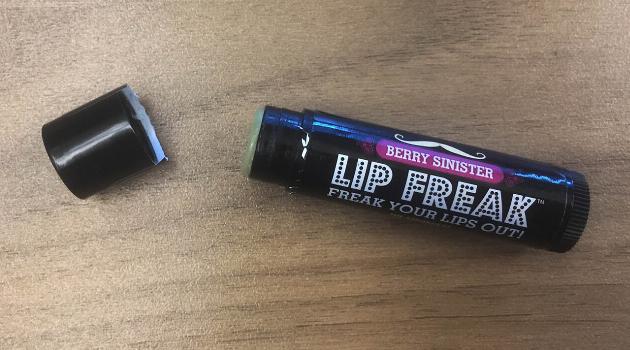 At first, I could only feel a very mild tingle. It wasn't anything I couldn't handle. But that sensation slowly intensified. In a minute, the feeling was in full force. My lips stung slightly, but mostly they felt like they were ever-so-gently vibrating, like I could feel every bit of blood circulating within my lips. It was more powerful than I'd imagined, but even though it hurt a little bit, I enjoyed it somehow. The berry flavor wasn't bad either.

All the while, I kept looking at myself in the front-facing camera of my phone to make sure that my lips weren't getting big and swollen. Based on the sensation, I was sure that they were—but my image staring back at me confirmed that Lip Freak is not a lip plumper. But my lips did look a little shiny and hydrated.

The feeling took about 20 minutes to wear off completely, and I was eager to try again with another balm. Feeling a little braver, this time I went for the Sin-o-Mint. The stick had a powerful smell of cinnamon and mint, and when I put it on, it felt even more powerful than the berry (though it may have all been in my head). 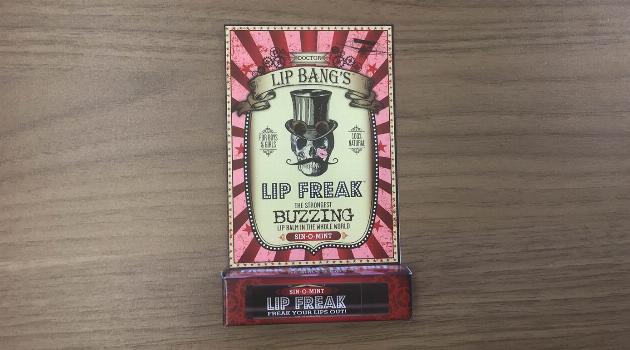 After even more time passed, it was time for the Coco-Loco-Mint. This one smelled and tasted like a delicious Thin Mint cookie, and maybe it was because it was the third balm within the hour, but it felt even more powerful than the two that came before it. This one was by far my favorite, and when that one finally wore off, my lips were totally silky smooth. 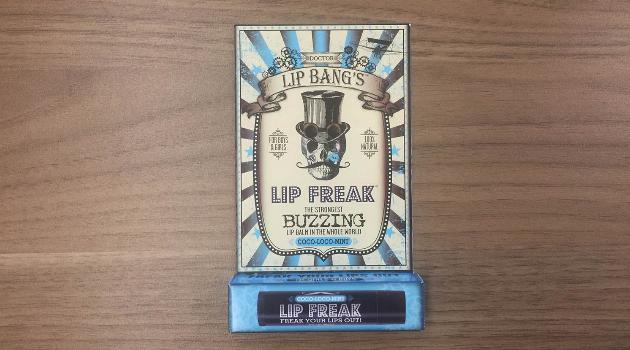 Lip Freak's great ingredients make their lip balms really effective, and the strange and tingly buzz that comes with it is the icing on the cake. If you have zero tolerance for pain, you should probably pass on it, but if you're willing to put up with a little burning for buzzing lips, you should absolutely give them a shot. 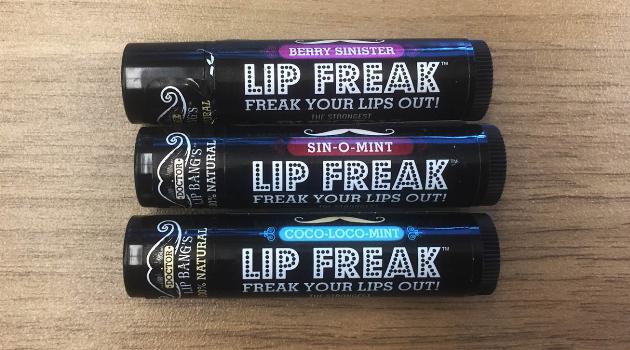 They're available at Ulta, HEB, CVS, Hot Topic, Natural Grocers and other retailers for $7.99 per tube.

If you're all about unusual products, click HERE for a list of the weirdest lip balms you can find on Etsy.