On top of appearing in her sixth season of This Is Us as Déjà Pearson this year, her new stop-motion animated film Wendell & Wild debuted last week on Netflix, following the release of the powerful coming-of-age film The Class in September.

In that film, Lyric starred alongside actors including Charlie Gillespie and Hannah Kepple as Casey, one of six high school seniors spending their Saturday at school to retake a very important test. Though these teens are quite different from each other, over the course of the film, they open up to each other, and find they have more in common than they think. The film also features The Breakfast Club's Anthony Michael Hall as the vice principal, paying homage to the '80s classic while being its own work, with a modern twist.

We had the pleasure of chatting with Lyric all about her acting and the movie, from its influences and impact to what it meant to play Casey and embody her story, along with the prejudices and judgment she faces. Keep reading to discover what she shared with us.

Sweety High: When did you discover your passion for acting?

Lyric Ross: I can't tell you exactly when. I've always pretty much had a passion for it. I don't know when that started for me, but according to my mom, it started when I was pretty small. She said maybe around 2 years old, I recited a certain cartoon—well, tried to—and I guess I did good, because it scared her a little bit. Later on, she got me into acting classes and signed me with an agency and all of that good stuff.

SH: Was there any specific a-ha moment that made you realize it was the path for you?

LR: I can't really say that either. I just really loved it, and I had a true love for whatever this was exactly that made me feel that way, you know—passionate and kind of energized in some way. I remember my first few acting jobs. I didn't want the days to end. And it would be extra work, so it would be an all-day thing for me, doing the same runs over and over again. I didn't want to stop doing it. As sleepy as I was, I would be so close to literally falling out. But as long as the day wasn't over, I wanted to take in everything I could. I still kind of feel the same way today.

SH: Can you tell us a little bit about The Class, and your character, Casey?

LR: Well, The Class is overall a group of kids, pretty much strangers, coming together in Saturday school so they don't fail. But they're all coming with different masks—things they are hiding. Whatever they are avoiding or trying not to face within themselves. Eventually, they come to realize that they aren't really different from one another, and they have their certain battles they unravel throughout the movie. One of the things for Casey, she has faced judgment throughout her high school years. Based off of how she portrays herself, it's never been about who she really is. Sometimes she is misunderstood from the jump.

SH: The film definitely has a lot of similarities to The Breakfast Club—especially with the casting of Anthony Michael Hall as the vice principal. What was it like to be a part of that?

LR: Well, first off, I already was very familiar with The Breakfast Club, and I love that movie. Knowing that they were trying to do a modern-day Breakfast Club, I was really thinking that, if done right, this could be somewhat of a good turnout. And I liked where the script was going when I read it for the first time. 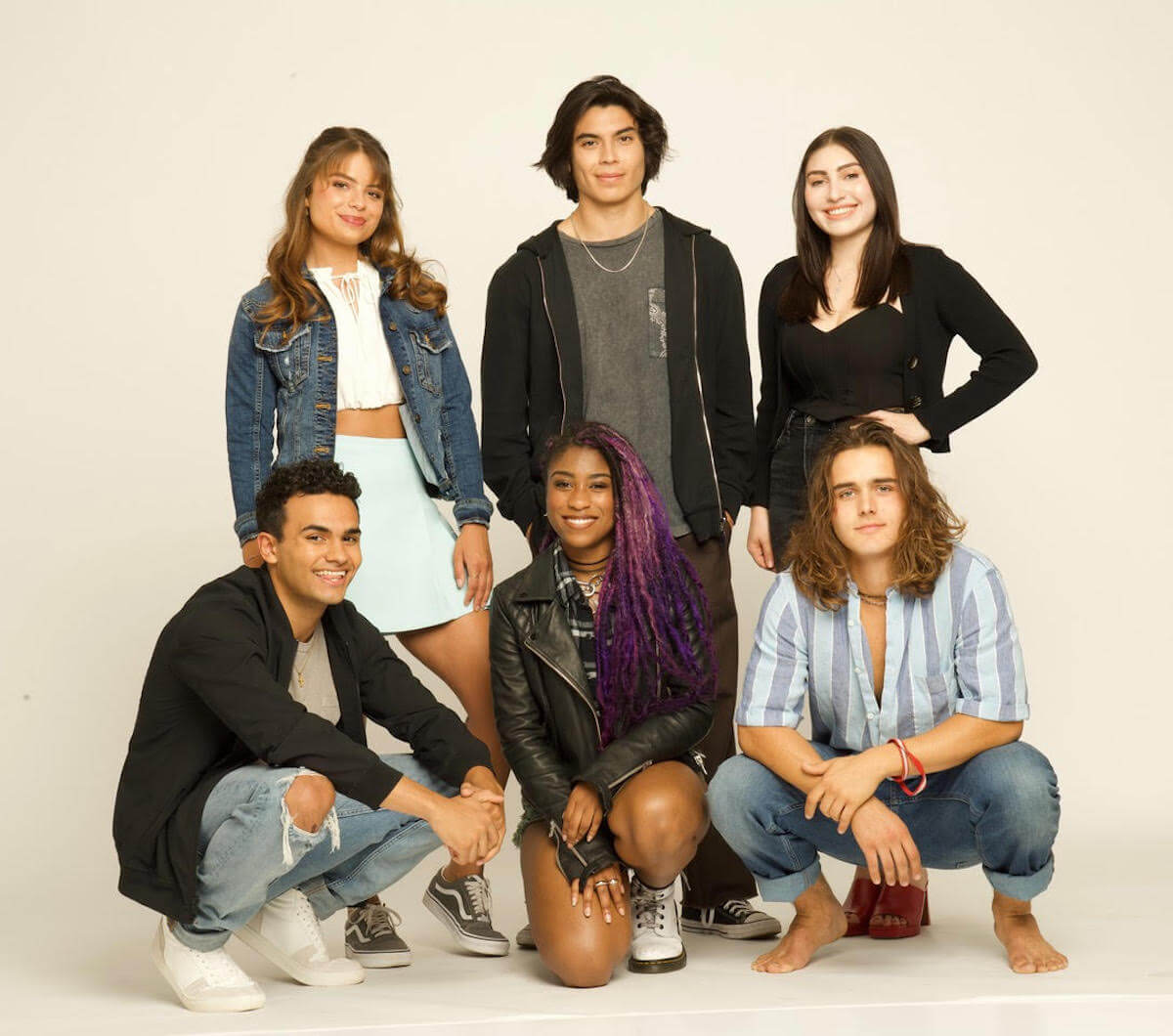 SH: Did you feel like there was extra pressure on the role because of that significance?

LR: Yeah. A lot of people were looking at this movie as the remake of the original, and as far as I and some others working on this looked at it, it wasn't our intention. So as much as I loved the movie, I really wanted whatever I brought to the table to be as far away from the characters in the original movie as possible. There were certain things I noticed in the movie that I thought were really important to still keep to an extent. But as far as for my character alone, I wanted it to be a little less cliché.

SH: Toward the end of the film, Casey reveals a quite difficult and personal aspect of her past with the rest of the class. What did it mean to you to embody that role and bring that scene to life?

LR: I think that part was where I felt the most pressure that I basically put on myself. This is another important story to tell, and it was not just one person's story. Many people may have their opinions on these types of situations, but one thing that I have noticed is that becoming pregnant at such a young age, you're automatically looked at differently by many people. I mean, it can come down to your own mother. So with that being said, you never know how much that can take a toll on the person who is going through such a thing. So I was trying to focus on giving people an inside look at this battle that girls go through with very little to no love.

SH: Did you see that as a challenge as an actor?

LR: I did see that as a challenge. One, I was in the midst of proving to myself that I can successfully portray another person's story other than the one I was doing at the time for the last four years, while also keeping in mind that this is something that doesn't get talked about enough. Just making sure that I started a conversation or hit certain points people may not have realized before. Keep in mind that there's still a stereotype of young black girls getting pregnant and how they're treated just by people knowing the fact.

SH: Would you say that you're similar to Casey? Why, or why not?

LR: I'm not sure. I mean, I could be. Casey does seem to read people almost as if it was her specialty. I could say that I am like her in that. But also, she seems to really care. She has a pretty big heart. Especially when she sees people going through something and they're trying their best not to show it. She would try to push through that brick wall to get you to be vulnerable. That's one thing I do admire about her. Even with the pain that she has felt and some of the pain that still lingers in the present day, she's still there for others and she wants them to know she's there—right there with them. And she sees them. Sometimes right through them. And no matter how stubborn the other person may be when it comes to admitting it, I think she feels or goes to the method of "two can play that game," which I sometimes do.

LR: We had our moments in between scenes when we would burst out whistling that song that was in the original Breakfast Club. It was mostly Michael who would start it. They were small moments, but those were the times where we were kind of united in a way. 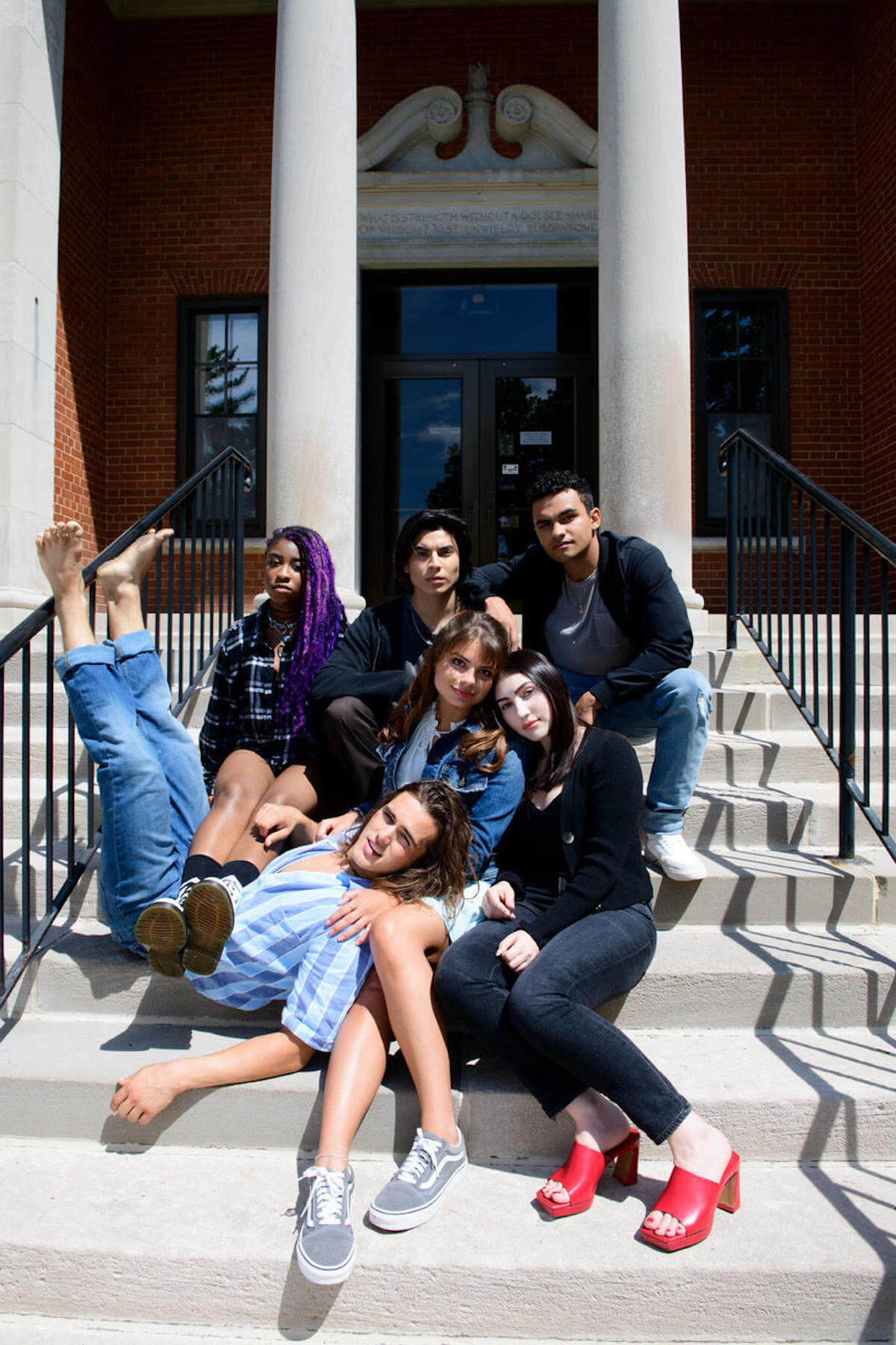 Lyric also stars as Kat in the new Netflix's stop-motion film Wendell & Wild. Click HERE to read our interview with Lyric on her part in the movie.