We all know and love Dance Moms Mackenzie Ziegler. She may be small, but she is MIGHTY, and at only 11 years old, Mackenzie, AKA Mack Z, has some pretty huge accomplishments under her belt. For that reason alone, this singer, dancer, actress, model extraordinaire is our #WCW. 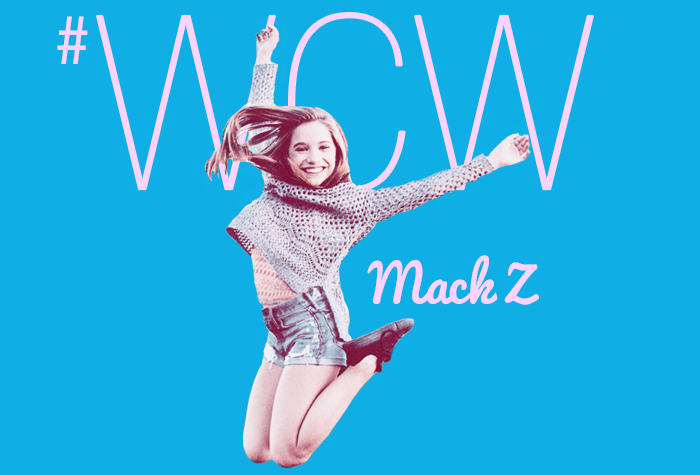 Favorite Style Of Dance To Perform: Jazz and contemporary

1. Mackenzie followed in the footsteps of her sister Maddie, when she started dancing at the Abby Lee Dance Company at just two and a half years old.

2. She started filming Lifetime's Dance Moms when she was only six years old! This girl proves you're never too young to start living out your dreams!

3. In 2014, Mackenzie released her debut album "Mack Z," which earned the top spot on the iTunes pop chart list and was #7 on the overall album charts. "I Gotta Dance," is obviously one of our favorite jams from the album, it's literally impossible not to rock out to.

4. Mackenzie had such a blast appearing on an episode of our fave Nickelodeon show Nicky, Ricky, Dicky & Dawn. We totally wouldn't mind seeing her on the show ALL the time.

5. Mack Z's YouTube page is jam packed with cool videos that are to die for. We're obsessed with her  everyday makeup tips video!

6. Mackenzie is a model for Polo Ralph Lauren's 2016 Spring Campaign along side the ~adorable~ actor Levi Miller. SO cute ?.

7. After six seasons starring on Dance Moms, Mackenzie and her sister Maddie have decided to leave the show to pursue other dreams. We can't wait to see what's next for this STAR ?!

As you can tell, we're HUGE supporters of Mackenzie, but we're also mega fans of her sister Maddie. Read all about why we love her too, HERE.