How to Make Up With a Friend After a Fight

Fights with friends are a discouraging, but inevitable part of life.

When you're arguing with someone you care about, it's important that you don't let it ruin the relationship you have with them. Eager to make up after the big fight? These pointers can help.

Before you can do anything about a fight you had with your friend, you'll want to make sure you're in a good place mentally. Give yourself some time to calm down, so your judgment will be less clouded by emotions and you'll be more likely to forgive them sincerely.

In the case that you're still not in this headspace and they reach out to you first, let them know you're still not over the fight, but that you do care about them and just need more time. If you force yourself to engage the issue again before you're good and ready, there's a good possibility you'll just make matters worse.

It can be tough to talk to someone again after you've had an argument, but when you're ready, it's important to try to bridge that gap and make it clear that you don't want the fight to end your friendship. Sometimes, silence is a result of discomfort or not being sure what to say, but the other person can interpret it as purposefully avoiding them or giving them the silent treatment. If they're not ready to talk yet, respect their wishes and don't push it. Still, you should be sure to check in from time to time. Simply trying shows them that they matter to you, and chances are they'll warm to the idea over time.

Understand Why You Fought

Before you have a heart-to-heart with your friend and try to resolve things, it can be valuable to take a step back and try to get to the root of your argument. Why exactly did you fight in the first place? Sometimes, it's just a matter of one person being grumpy or stressed, so the smallest thing can lead to a fight. Other times, there might be an underlying, repetitive issue that keeps leading to quarrels. Those can take some real working out. Try to understand which one it was and you'll be in the right mindset to make things better.

Acknowledge the Argument and Apologize

One of the worst things you can do is pretend you never had a fight in the first place. Ignoring conflicts means you'll never get to the heart of what's causing them. Only by accepting it can you truly move on.

When you apologize, be specific. Sometimes a blanket statement of "I'm sorry" feels like you're rushing to stop the fight without actually atoning. Let them know you're sorry for hurting them, and if you feel like you did something wrong, acknowledge those things and accept responsibility for them. Also avoid dishonesty. If you don't like that you were in the wrong, don't admit that you were. Fight the urge to be right and make excuses, because this is neither the time nor the place. Instead, focus on fixing hurt feelings.

While it's important to ask for forgiveness, also recognize you can't demand it of them. Be mature, don't hold a grudge, and let the argument go if you know it's something you'll never be able to agree on. It also doesn't hurt to bring them something that'll make them smile to show that there are no hard feelings.

Be Open to Hearing Them Out

It's tough when you just want to move forward and your friend wants to keep bringing up the fight. Still, you shouldn't refuse them. That might communicate that you're uninterested in solving things, or that you don't really care that they still have bad feelings about the situation. Though this can open up old wounds, it might be the first step toward a better relationship with them.

Look Toward the Future

After a fight with a friend, it's wise to try to prevent a similar disagreement from erupting in the future. If the fight was over a one-time lapse in judgment, you can see what you can do to make sure it doesn't happen again. However, if you repeatedly fight with your friend, see if there are any issues that come up again and again and try to identify a solution.

Sometimes, that will mean talking with your friend bluntly about what's going on. There may only be a solution if the two of you work together, so be honest and let them know you want to avoid another fight by cooperating and changing with one another. If you can, avoid bringing up the specifics of the argument. Think in broad terms and work together on moving forward. Is there an imbalance in the friendship, or someone who is too critical or doesn't pay attention? If things start to get heated again, ask them to take a break so you can both come back to it later. Whether the answer is about compromising or understanding that you're both wrong in some way, the simple act of teamwork will help prevent more disputes in the future. 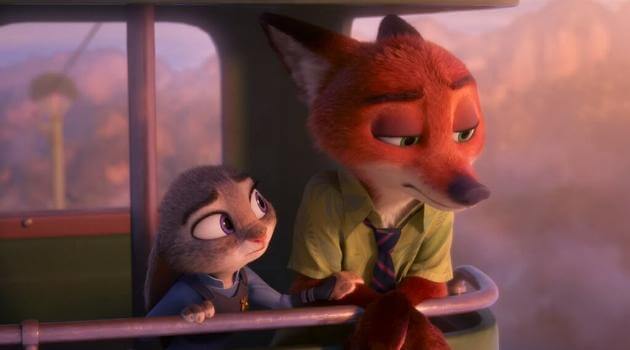 Learn From Your Fights

Whether you were right or wrong in a fight, there's always something you can learn from it. Arguments sometimes bring out the worst in us and amplify our negative qualities, but they can give you a chance to identify when you're not being your best self and work out those issues. Any disagreement can give us a chance to reflect on how we can be better communicators. It can be as simple as warning your friend when you're feeling moody so that it gives them a chance to avoid potential friction. If you discover something along the way, it can be easier to not get hung up on a fight and move on.

Hate getting into arguments? Click HERE for the reasons occasionally fighting with your S.O. is actually important.