I Attempted to Make Vegan Donuts—Here's What Happened

I love donuts more than you can possibly imagine.

Being vegan though, it's sometimes difficult to find a dairy-free version of this treat.

I do have my favorite spots, but sometimes I'm lazy and don't want to drive out to one of 'em. What's a girl to do?

Well, because I've been on this kick of making vegan alternatives to my fave desserts, I decided I should try making donuts, too.

Here's what happened when I attempted to make these delicious-looking baked donuts by following THIS recipe. 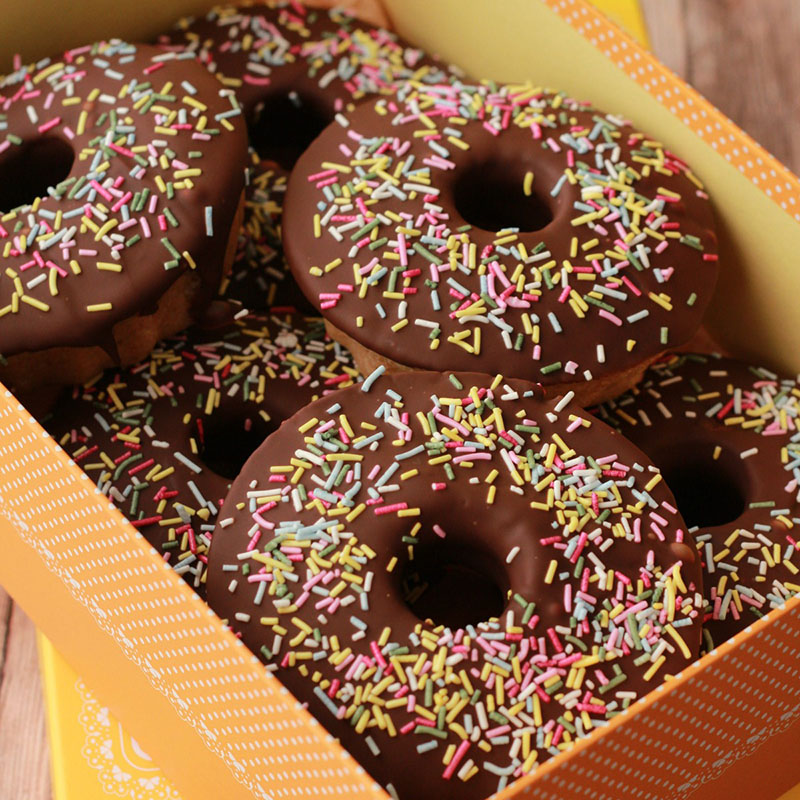 (via Loving It Vegan)

Any recipe obviously requires ingredients, and this one called for a laundry list of items.

Here's everything that went into making these donuts: 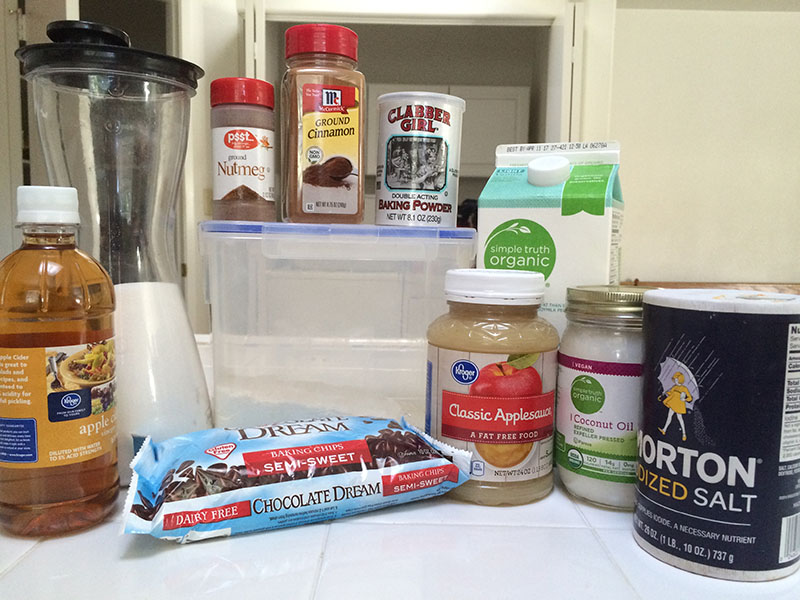 After perusing through the aisles of my local grocery store to collect these ingredients, I headed on home to get started on my vegan donuts.

The first thing I did when I got home was preheat my oven to 350 degrees Fahrenheit. If you're ever baking something, always remember to preheat your oven to the required temperature. You don't want to mix all your ingredients and then be stuck waiting on your oven to heat up.

While the oven was preheating, I got to work on making the donut batter.

I began by mixing together the flour, sugar, baking powder, salt, cinnamon and nutmeg. Once those were thoroughly blended, I whisked in the soy milk, apple cider vinegar, applesauce and melted coconut oil until it was the proper consistency. No lumps allowed in this batter! 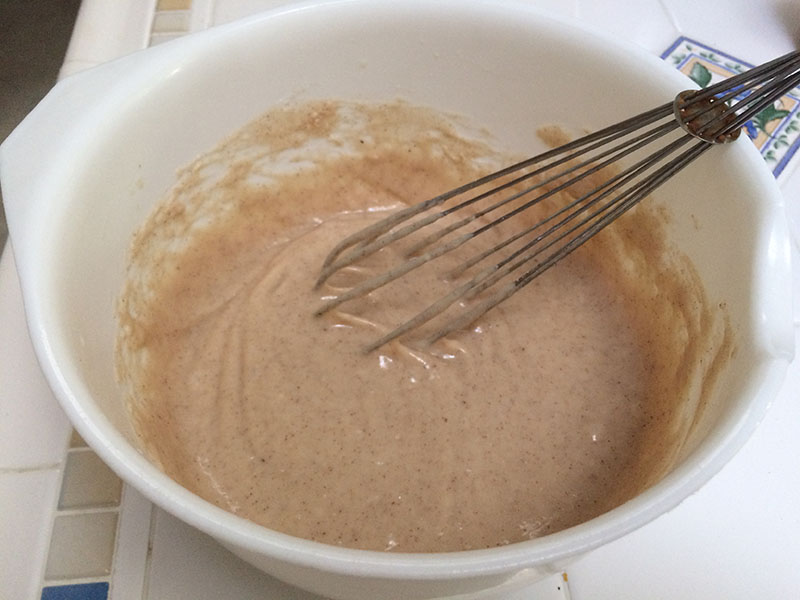 To make donuts, you clearly need a donut pan to pour the batter into.

Unfortunately, I didn't have one, nor did I feel like purchasing one. But through some extensive research, I discovered a way to cheat the system.

I rolled up aluminum foil into little balls and placed them in the center of a muffin tin. 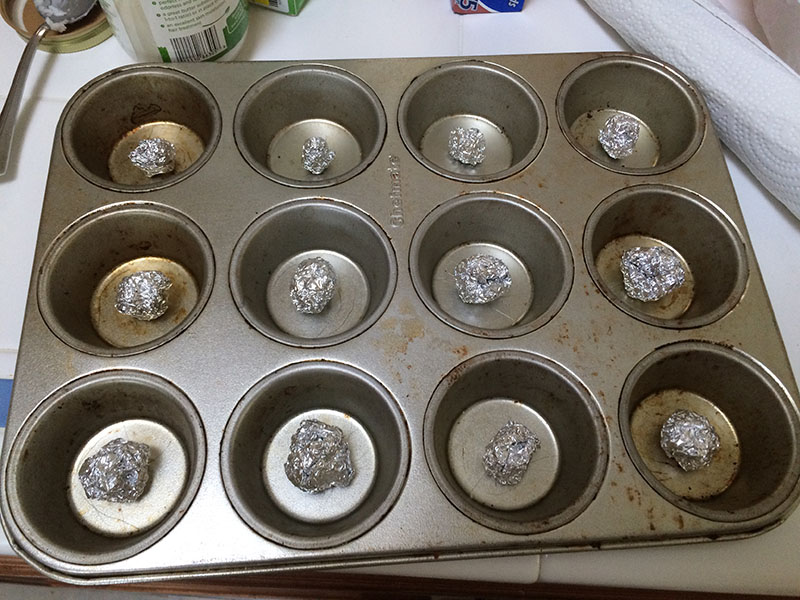 This was supposed to do the trick, but it was kind of difficult to do. The foil balls didn't stay in place as well as I liked, so my donuts came out looking a little wonky.

I can assure you that they tasted better than they look though. 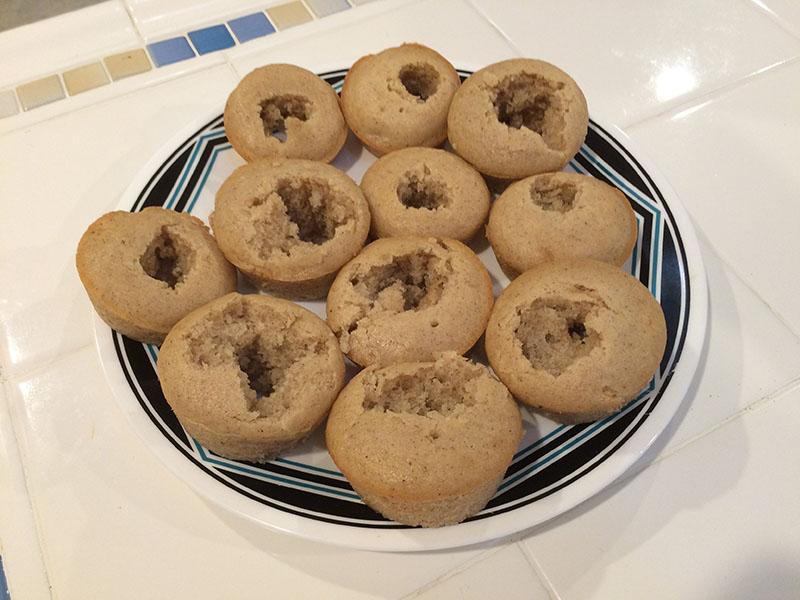 While I waited for the donuts to cool a bit, I got to work on the chocolate frosting.

This was by far the easiest part of the whole process. I literally just microwaved the vegan chocolate chips with a tiny bit of soy milk, mixed it together until the chips were completely melted and lobbed it onto the donuts. 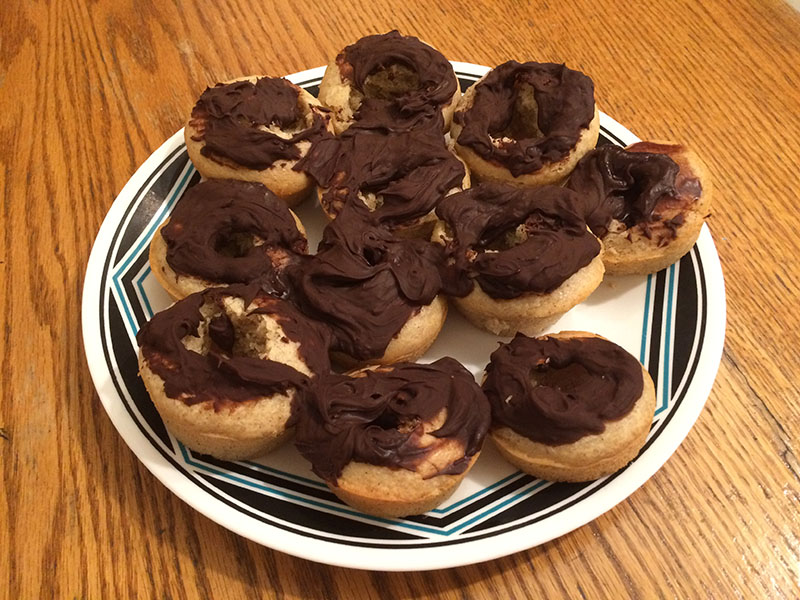 Okay, so they don't look anything like the example. But hey, at least I tried.

In my defense, they actually tasted pretty freaking delicious. Just ask my family, who scarfed them down in under a minute.

I'm not sure I'll ever attempt to make vegan donuts again. I think I'll just stick to visiting my fave vegan donut shops from time to time.

Donuts aren't the only treat I've attempted to recreate. HERE's what went down when I tried my hand at making Disneyland's iconic Pineapple Dole Whip.