How Mandy Moore Avoided a Ton of Teen Dating Drama

The This Is Us star recently got engaged to Dawes rocker Taylor Goldsmith, and, according to photos captured of the couple's romance, they seem to be smitten. But the former pop singer's present situation is a far cry from her teenage dating days.

"I just am a fairly boring girl," Mandy, who's also the face of Garnier hair products, recently told us when we joined her for Friendsgiving in Los Angeles. "I just always went the slightly vanilla route. I was excited to date and hang out with boys, and I was definitely like any other girl in that sense, but I feel like my experiences were very tame and innocent. I think I kind of came out of that time fairly unscathed. I would go to CPK and go to movies and stuff. I feel like those innocent times are maybe gone now."

With so many other teen celebrities becoming tabloid fixtures because of their dating lives, Mandy shares how she stayed so grounded and kept her personal life out of the spotlight.

"I didn't feel like I was consciously avoiding the pitfalls of teendom," Mandy says. "I feel like all the credit goes to my parents. Mom and Dad did a good job! My parents didn't try to be my best friend, but they weren't super strict, either. They found a middle ground, so I didn't feel like I was missing out on anything, but it didn't make me hungry to rebel against them. I don't know what the trick to that is."

With Thanksgiving just behind us, the former child star reflected on her whirlwind year, which not only includes her engagement, but also her hit NBC show being nominated for a slew of awards—an Emmy for Outstanding Drama Series being one of them. 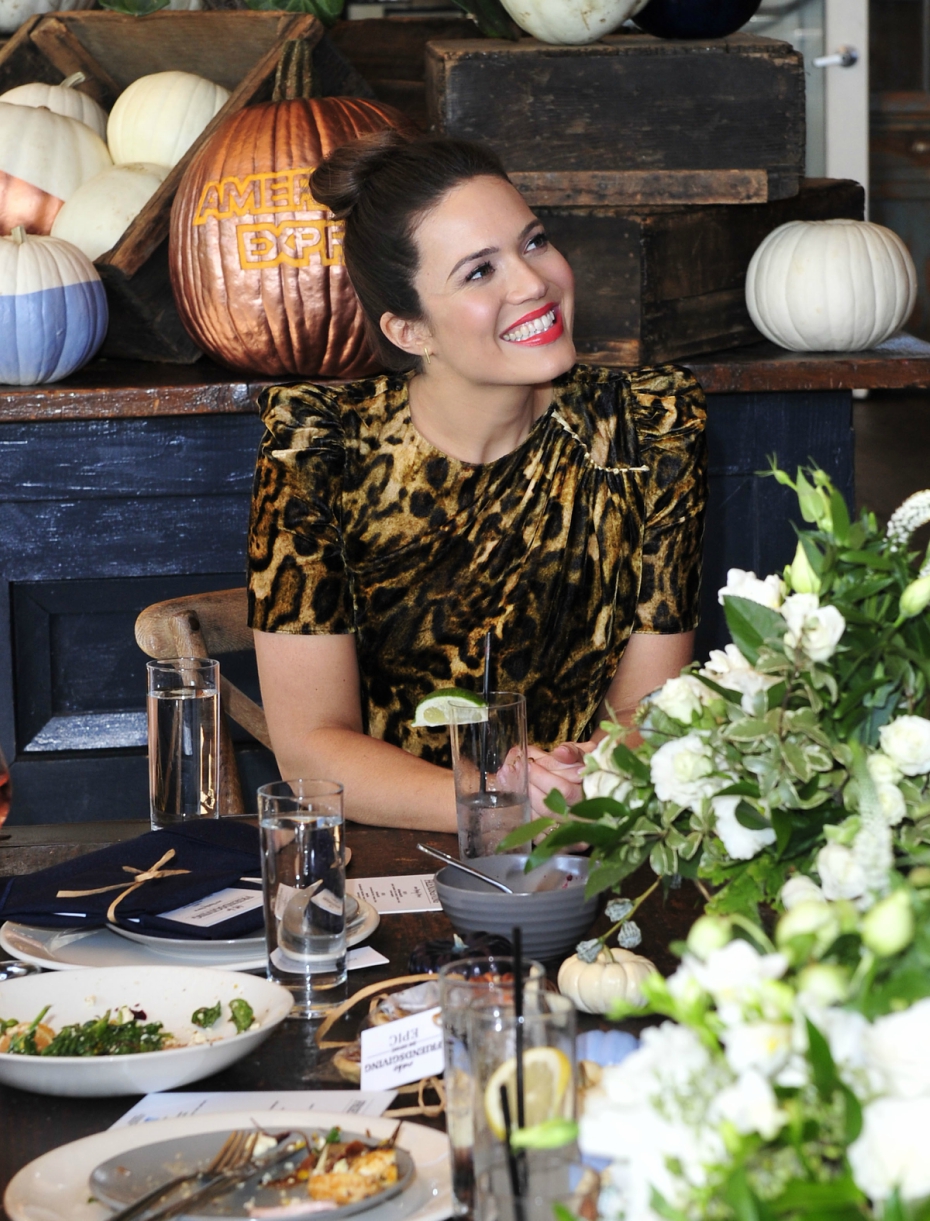 "I feel like, at this moment in time, I feel better than I ever have been before," she says. "There's an awareness in life now. There's no substitute for the wisdom and clarity that comes with age and time. I don't think I would be able to appreciate this particular moment at any other point until now."

If you love This Is Us as much as we do, then you'll want to read Eris Baker's comments on bonding with her cast HERE!