Combining Mario, Sonic and the Olympics may sound strange at first, but over time it's become a tried and true formula for success.

The Story Mode Is Wild

While other Mario and Sonic at the Olympic Games titles have had some story elements in the past, Tokyo 2020 makes its creative and comprehensive Story Mode the star of the game. In fact, the story branches off into two paths when Bowser and Dr. Eggman team up to transport Mario and Sonic into a video game about the last Tokyo Olympics, which took place in 1964. In this old game, they're all transformed into their original, highly pixellated sprites, and the only way to return to the real world is to participate in the Olympics and win gold medals. Back in reality, Luigi and Tails must figure out what happened and save their digitized allies, which of course also entails participating in Olympic sports to prove their worth. 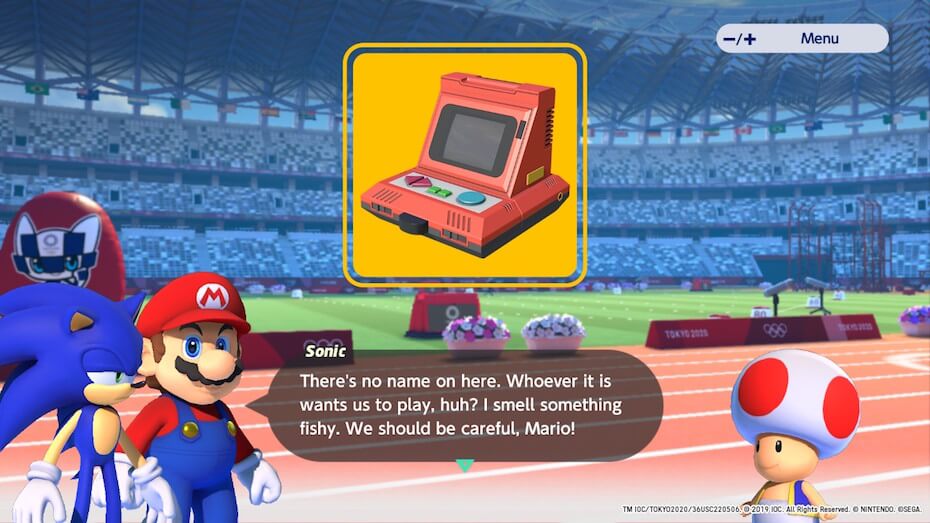 Not only does the Story Mode feature some clever writing and a fun new spin on the series, but it also does a great job of introducing each of the game's unique sports, even if the reason you're playing each one can be a bit of a stretch within the story. Plus, it's not too punishing, allowing players to slop events if they repeatedly fail to reach their objectives. This mode makes the game accessible and interesting, and there are also some fun unlockables to discover along the way. 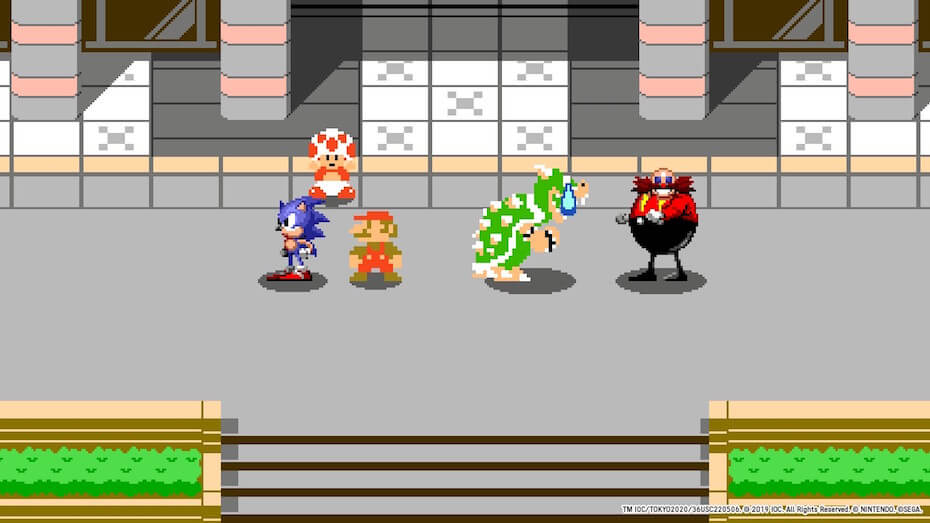 There Are Tons of Games

With more than 30 available sports events, Mario and Sonic at the Olympic Games Tokyo 2020 is jam-packed with different things to do, and they're all available from the moment you start the game. While the majority of them are games that actually appear in the Olympics, there are also three "dream" events that mix things up a little bit, incorporating extra elements to spice things up, such as a skateboard race down a big, Mario Kart-like track.

In addition to the modern-looking 2020 events, the game also features 10 1964 events in the old-school pixel style. Despite the retro aesthetics, these felt super fun and original, and were some of our very favorites to play. By playing through the Story Mode, you can also unlock 10 Game Room mini-games that incorporate the city of Tokyo itself, such as scaling the Tokyo Tower and racing Bowser in a boat down the Sumida River. When the game thinks about the box, it really shines. 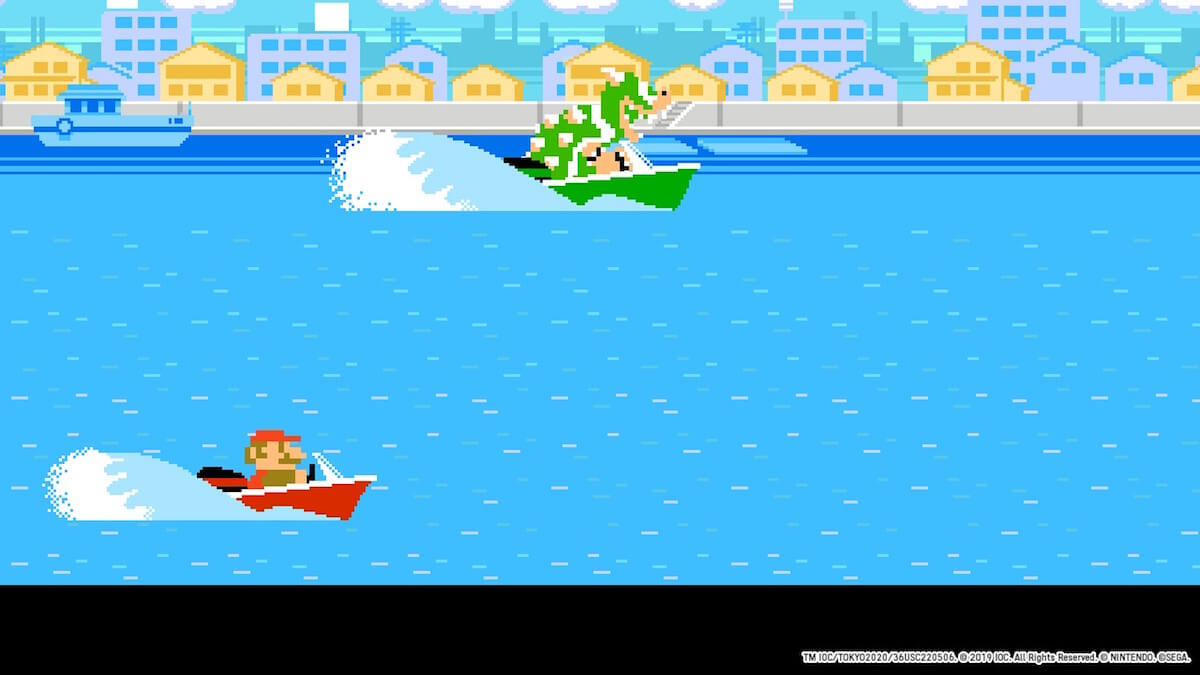 The Character Roster Is Massive

This game has a roster of 32 different playable characters from the Mario and Sonic universes, turning every interaction into an epic crossover for the ages. While 20 of the characters are playable in all of the 3D events, the rest are guest characters that come in to play one specific specialty sport. For example, Rouge the Bat can be used for Sport Climbing, while Ludwig can participate in Fencing. Not only is it great to have lots of options, but few things are funnier than making Dr. Eggman surf, or practice karate, or ride a horse. Basically, he's hilarious and we're happy to watch him do anything. 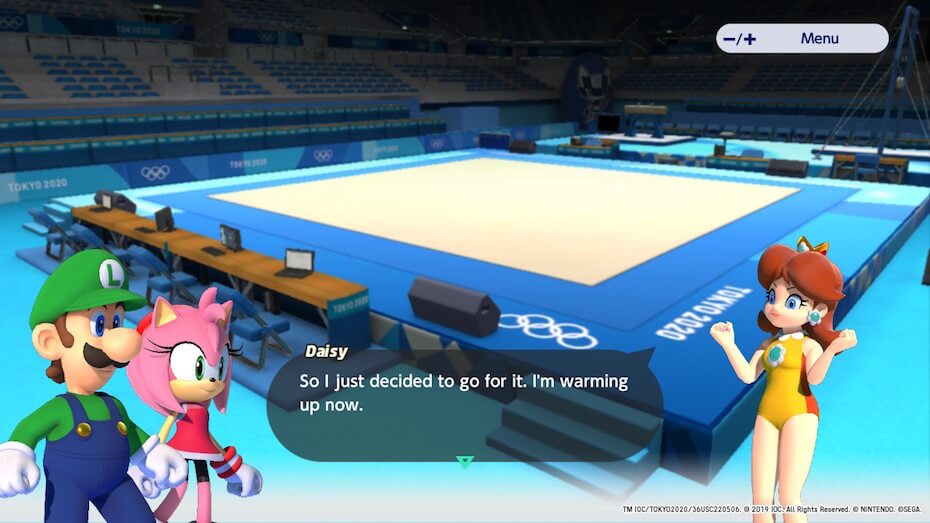 It Can Teach You a Lot About Tokyo and the Olympics

Education might not be what you're looking for from a video game, but just in case it is, Mario and Sonic at the Olympic Games Tokyo 2020 offers that, too. For one, the Story Mode is set out across two different maps of Tokyo dotted with important real-world locations and attractions where some of the Tokyo Olympics events will actually be held next year—and it's a delight to recognize notable spots. Secondly, the maps are littered with special trivia collectibles that reveal fun Olympics facts. Green Toads are also willing to dispense their wisdom. Did you know that world records won't count for certain track events if the wind speed is higher than two meters per second? You do now, thanks to one of the factoids within the game. 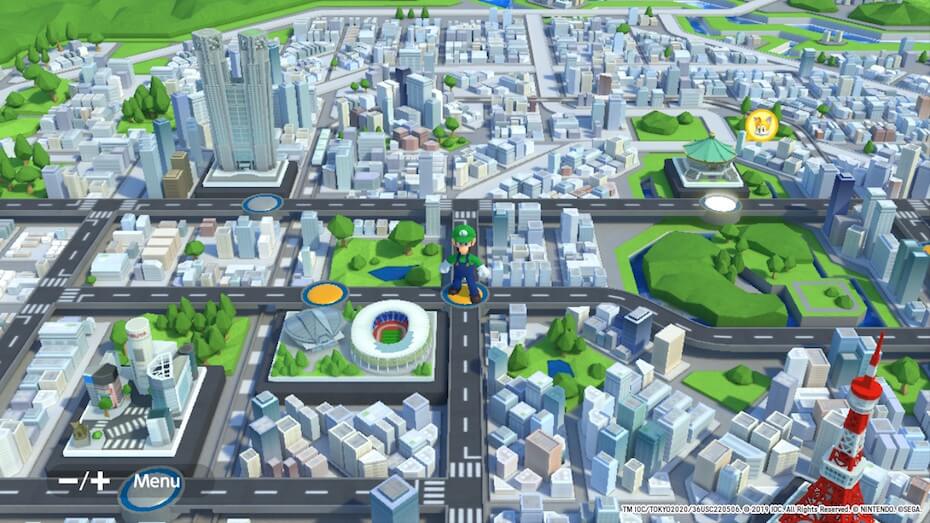 You Play Your Way

Not only are there dozens of different games to participate in, but different control schemes can be utilized to play them as well. A majority of the 3D events have at least two different control options, with many of them giving the choice to play with dual controllers or a single Joy-Con, or with just the buttons. While the disconnected Joy-Con options use motion controls for a more immersive experience, the buttons-only scheme provides a little more control. We always opted for the latter, because we hate to lose, but the fact that the game gives a choice at all shows that they're thinking about the player and their experience.

In addition to the Story Mode, you can select Quick Match mode to play any sport you like at any time with up to three others on the same console, connect with other Nintendo Switch consoles with the game locally, or even hop onto the internet with Online Play if you have Nintendo Switch Online. If you want options, this game has them. 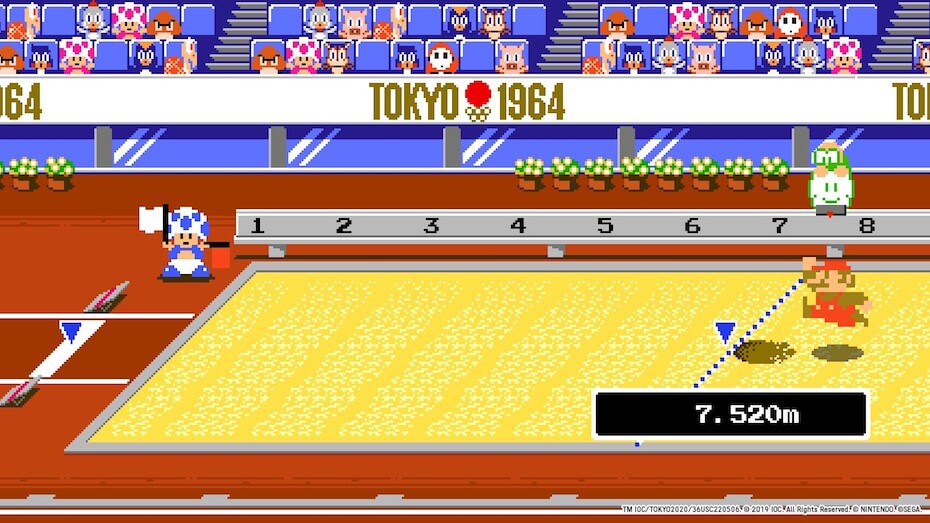