Here's Everything You Should Know About Musician Matteo Bocelli

We have no doubts that acclaimed singer-songwriter Matteo Bocelli will be the next big thing.

His powerful single, "Solo," was released earlier this year to become a romantic pop track for the ages, proving he's more than just the son of world-famous Italian opera tenor and instrumentalist Andrea Bocelli. The father-son duo actually duetted on the single "Fall on Me," featured in Disney's The Nutcracker and the Four Realms. We believe this talented performer has an even bigger future ahead of him, and here's everything we learned about him as our latest Man Crush Monday. 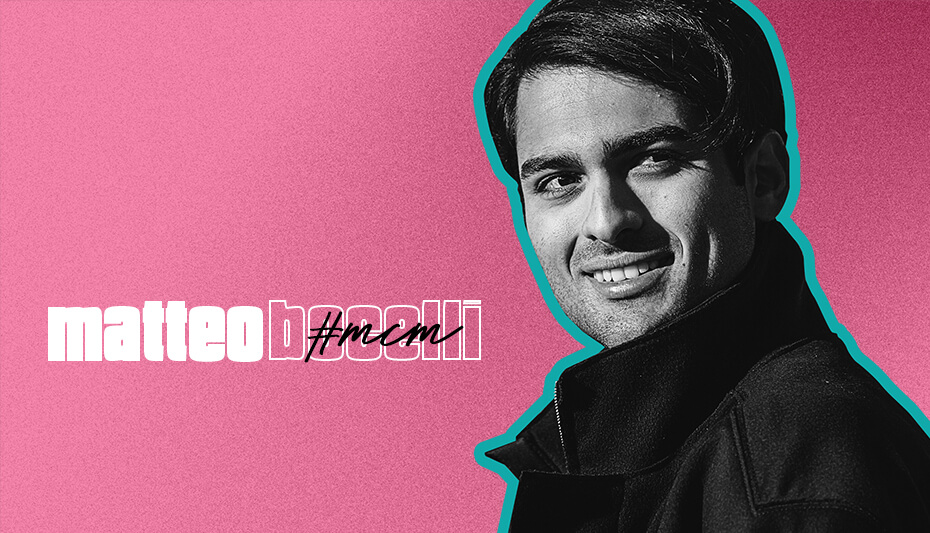 1. Matteo's most overused phrase is, "It's Pasta Time!"

2. He believes that nothing is better than the smell of a nice Italian espresso in the morning.

3. He loves The Godfather saga, as well as The Pirates of the Caribbean movies.

4. He says the scariest thing he ever did was performing at Madison Square Garden with his dad for the first time.

5. He recently binge-watched Band of Brothers.

6. His biggest pet peeve is when someone kicks the back of his seat on a plane

7. Fausto, Matteo's best friend, makes him laugh more than anyone else.

"He has the best sense of humor ever!"

8. He's obsessed with hoodies and cozy sweaters, especially since its winter.

9. Lately, Matteo hasn't been able to take Ed Sheeran's "The Joker and The Queen" and Queen's "Love Of My Life" off repeat. He's also been listening to his own track, "Solo," quite a bit!

10. Matteo wants to be known and loved for all he is.

"I'm a down to earth kind of guy! My friends and family mean everything to me. I just love the simple things in life."

Love discovering everything you can about today's great musicians? Click HERE to find out everything you wanted to know about Jordanian singer Issam Alnajjar.