It's not every day that McDonald's brings back a classic dipping sauce from the vault—but today isn't any old day.

Back in 1998, McDonald's introduced a Szechuan dipping sauce for its Chicken McNuggets to celebrate the release of Disney's Mulan. You can watch the original (very '90s) ad for the sauce below.

And this year, for the fourth time, McDonald's is bringing the sauce back due to popular demand. Famously, this sauce made an appearance in October of 2017, inspired by an episode of Rick & Morty with a plot that revolved somewhat around the dipping sauce. However, they only planned to stock the sauce for one day, and didn't have nearly enough to go around, leaving lots of fans very unhappy.

And in February of 2018, they decided to try it all over again, and do it right, with 20 million packets of the sauce, to give fans a better shot at a taste.—and causing quite the commotion.

Now, four years later, they're bringing it back yet again as an app exclusive, so you can give it a try if you missed it the last two times. Of course, we had to place an order on the app and visit our local McDonald's to give the sauce a try for ourselves.

When we opened up the first packet, we were immediately met with the strong smell of vinegar with a hint of spice. We assumed the sauce would be orangey-red, but instead it was a greenish shade of brown. Traditional Szechuan cooking typically uses peppercorns, chili peppers and garlic, so we weren't entirely sure what to expect.

We dipped a nugget and took the first bite. It wasn't great. The sauce itself was mostly sour due to the vinegar, and it had hints of ginger and sesame. It also tasted a bit like a teriyaki sauce, but more tart. 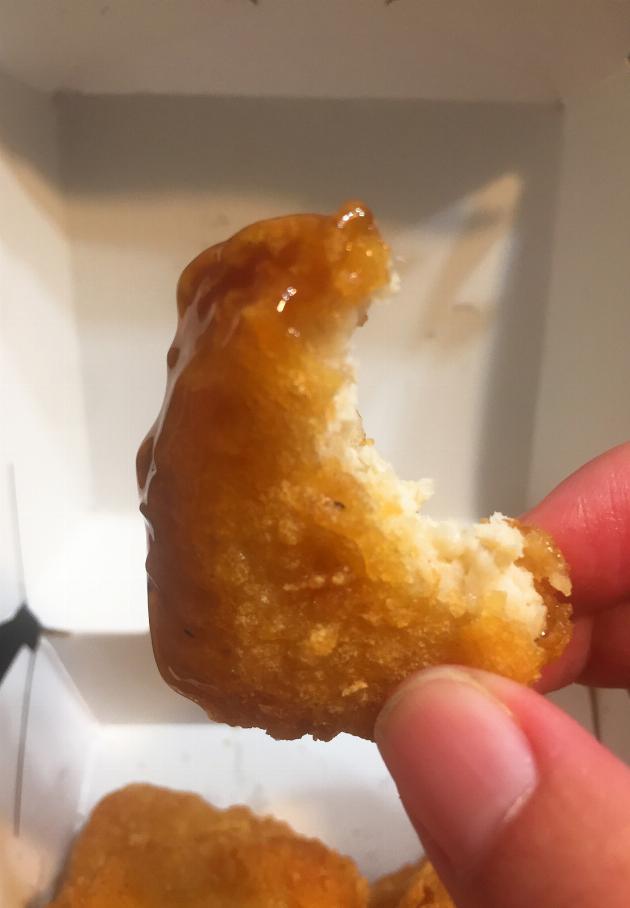 Together, these flavors weren't terrible, but the experience was diminished by the fact that McDonald's refrigerates their sauces (as they should!) and it just tastes wrong to dip a piping hot McNugget into a cold teriyaki-like sauce. We didn't try heating the Szechuan sauce, but it might have improved the overall taste of the meal. Mulan deserved better.

We didn't love the dipping sauce with our nuggets, but you might feel differently. They'll only be available until McDonald's runs through its current supply, so if you're curious, we'd recommend trying it ASAP.

If you live the nug life, click HERE to read our ranking of every Wendy's dipping sauce.