How Mogli Strives to 'Ravage the World With Love' With New Album and Film, Ravage

German singer-songwriter Mogli has always had a raw and open vulnerability to her music, but her sophomore album Ravage, out today, brings us closer to her entire emotional journey than ever before.

The 10-track album is designed to be as personal as it is universal, with an accompanying dystopian film that allows us to dive even deeper into her story of self-discovery—and find our own ways to connect to it. We've been fascinated by the whole concept from the very start, and just had to learn more.

Lucky for us, we got the chance to hop on a Zoom call with Mogli from her rehearsal space in Germany to have all of our questions answered. Click HERE to stream the album, and keep reading to learn all about it—and check out the stunning feature-length Ravage movie.

Sweety High: What does the album title Ravage mean to you, and why did it feel just right for this collection of songs?

Mogli: I didn't choose Ravage as the title afterward—I already knew the album was going to be called that, even before I wrote the song. I have a saying that goes, "Ravage the world with love," which is kind of a paradox to some. "Ravage" is something originally negative, but I felt that to have a better community and to be more connected and empathic, that "ravage" felt fitting to me—that the step we have to take as a society needs to be so big that we need to literally ravage the world with love. 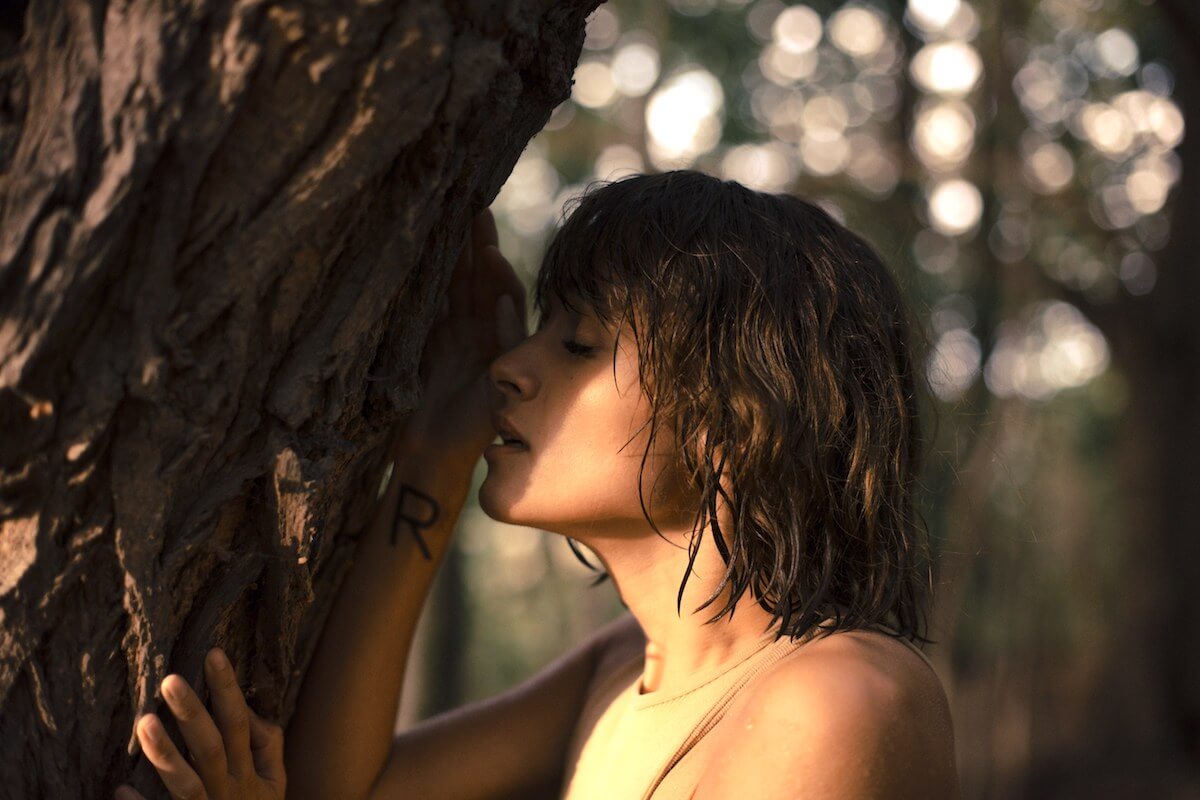 SH: Would you say it's a theme of the album to use concepts that defy what they normally mean and take them in a new, impactful direction?

Mogli: I do really love to give words new meanings, yes. That's why I also have the visual side of the project, where I can give everything an even deeper meaning through different meta layers. In the movie, everything has not just a double meaning, but several meanings.

SH: Does every song on the album have its own episode in this visual project?

Mogli: I really shot it as a movie, nearly 60 minutes long. It's the length of the album. I wrote the story as a full-length movie and then, in post-production, we edited it as a movie, but we also gave it 10 episodes, so every song has its own episode on the cinematic album. They're not classic music videos, and they're all connected. The story begins with the first song and ends with the last. You can watch just one video and it will be cool to look at, but the whole story is revealed when you watch the whole thing.

SH: What do you hope fans take away from that cinematic experience?

Mogli: Because it has a visual side to it, it is a lot more universal. When you listen to songs on an album, they're mostly very personal—which is a beautiful thing, because they're very vulnerable. My album, too, is very vulnerable, and lyric-wise tells my own story, and what I lived through. I realized after writing it that what I lived through happens to a lot of people, but out of different reasons. I hope with having this movie, people who see it will go on the same emotional journey with me and identify with it, but find a point in their own life to start the journey from, rather than just listen to the songs and hear my story.

SH: Is it a challenging process to write and share your own vulnerable, emotional journey through your music?

Mogli: I really love it. I would definitely say it's therapeutic. What makes it similar to therapy is you take the time to reflect on yourself, on your feelings, on what's happened to you. When I go to the studio, I don't leave the studio until I finish the song, which also means I don't leave the studio until I finish reflecting on that chapter in my life and making sense of it. I really loved writing this album because I do feel like confronting my feelings in the studio healed me.

It was still hard at the same time. It's hard to make yourself so vulnerable and to share all of that with other people. I have made very good experiences with honestly sharing how I feel. That's the message of the whole project, also. I'm asking people to be brave, to make themselves vulnerable, so I'm leading with this project. I'm trying to show them that if you do it, it really makes you happy. It shows you have common ground with other people. You're not alone. People feel seen, and you give other people a chance to understand you, which is really nice because it builds connection. 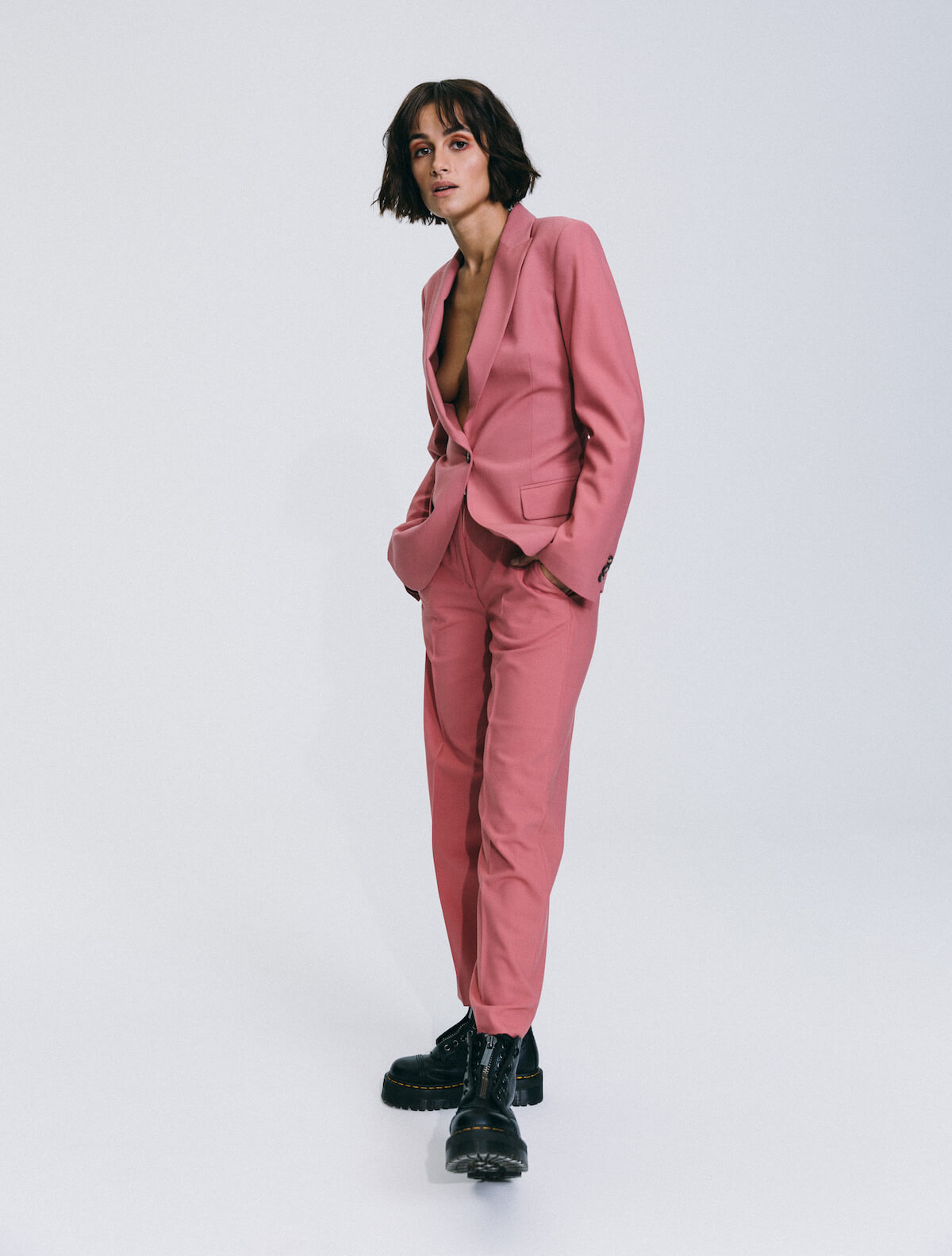 SH: How do you feel that these songs represent where you are now, and your musical journey over time?

Mogli: My first album, Wanderer, is a more atmospheric kind of alternative folk album, and I was thinking about traveling a lot. It felt really scenic. This time, it feels like it's my take on pop. My definition of pop is that you say things as they are, so this time I felt bold enough to really say the things I wanted to say. There's no workaround. I'm saying things as they are, and this feels like my pop moment.

Also read about: How Writing 'In the Stars' Helped Benson Boone Grapple With Loss

SH: Do you have a favorite song on the album?

Mogli: They all have different meanings for me, but one of my favorite songs is the last one. It's called "Release," and that one changed a lot for me, personally. When I went into the studio, I was at my lowest point in my depression, and I went into the studio and suddenly had this feeling like someone from the future—maybe me in the future—was telling me that things would be okay again, and that they will get better. Writing this made me decide that, from now on, things would get better. Writing this song made me choose healing and choose to decide that, if you're at your lowest now, it will get better, because you can't go lower. It has a lot of hope in it. It means to me, because now I am at this place. Now, I am Mogli in the future, and I'm super happy and healed. It actually worked. I pep-talked myself out of this place through music. I hope it's giving people hope. I didn't want to end on a dark note.

Love discovering the stories behind the music? Click HERE to read our interview with Elephante on how writing "Love Again" helped him heal.