The Molekule Air Mini+ Doesn't Come Cheap, But It'll Make Your Air Crisper Than It's Ever Been

If you've researched getting an air purifier for your home, chances are that you've run into a couple of pain points—the main ones being that even the low-quality ones can be expensive, and they tend to be bulky eyesores, too.

I've toyed with the idea of getting one on and off for the last few years, with Molekule's great-looking, albeit still-pricey options making my shortlist of purifiers to potentially purchase. I never did make the leap, but when a rep from the brand reached out to me this summer to ask about my interest in Molekule, it felt like it was meant to be. I've now been using the Molekule Air Mini+ in my bedroom for about a month, and I've never breathed better.

Molekule's air purifiers stand out from the competition for a number of reasons, the first being their PECO (photoelectrochemical oxidation) technology. Their filters use a special process that doesn't just collect the junk out of your air but actively destroys it. The PECO process uses free radicals to break down everything from viruses and bacteria to mold, ozone, allergens and chemicals at their molecular level, destroying even the tiniest of pollutants while trapping large particles in the filter. 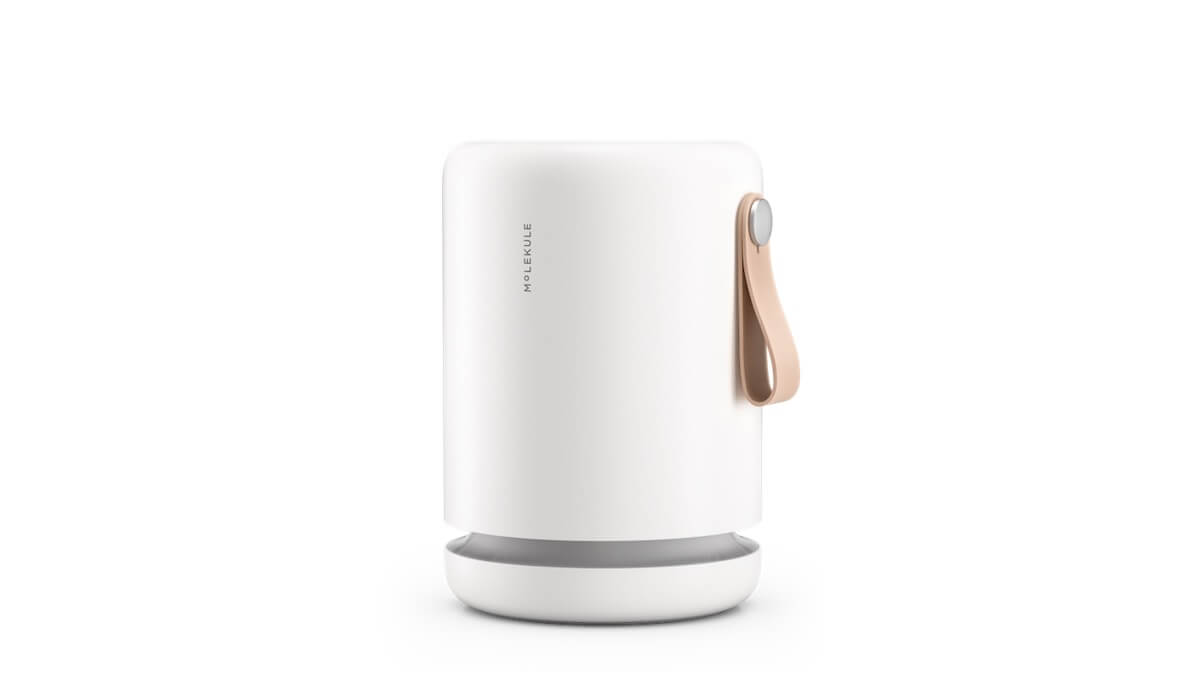 Unlike other filters, which simply collect the pollutants in a filter, where they can multiply before being released back into the air, this one actually destroys those pollutants, so the cleansed air it disperses back into the room is as clean as can be. While some air purifiers emit ozone, this one actually destroys the harmful pollutant. PECO technology has also been shown to kill more than 99% of COVID virus in under an hour. 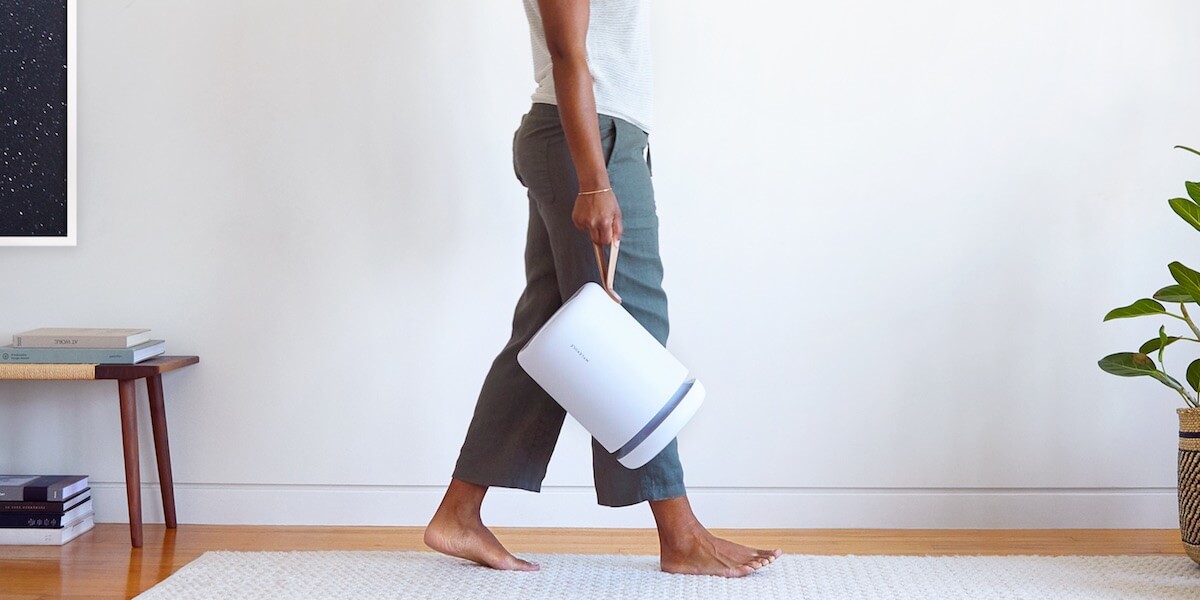 For my review, I was sent the Molekule Air Mini+, the brand's smaller purifier designed for rooms of up to 250 square feet. Its small size and light weight make it super portable, with a handy carrying strap in case you want to move it between spaces. Thanks to its 360° air intake, it filters surrounding air from every angle, while also operating on low energy.

The Air Mini+ also syncs with an application and can be adjusted directly with the buttons on the purifier, or through the app. It has a unique particle sensor that rates the air in the room from "Good" to "Very Bad," and allows you to make adjustments accordingly to get your air quality where it needs to be. It has five fan speeds, with the most filtration happening at the highest speed, as well as an Auto Protect setting, which will adjust the fan speed based on the detected particles.

The Air Mini+ retails for $499.99, with replacement filters (to be replaced at approximately six-month intervals) costing $89.99 each. However, you can also subscribe to get two replacement filters annually for $99. And, if you wind up not loving your Molekule, you can return it in the first 30 days for a full refund, including shipping. 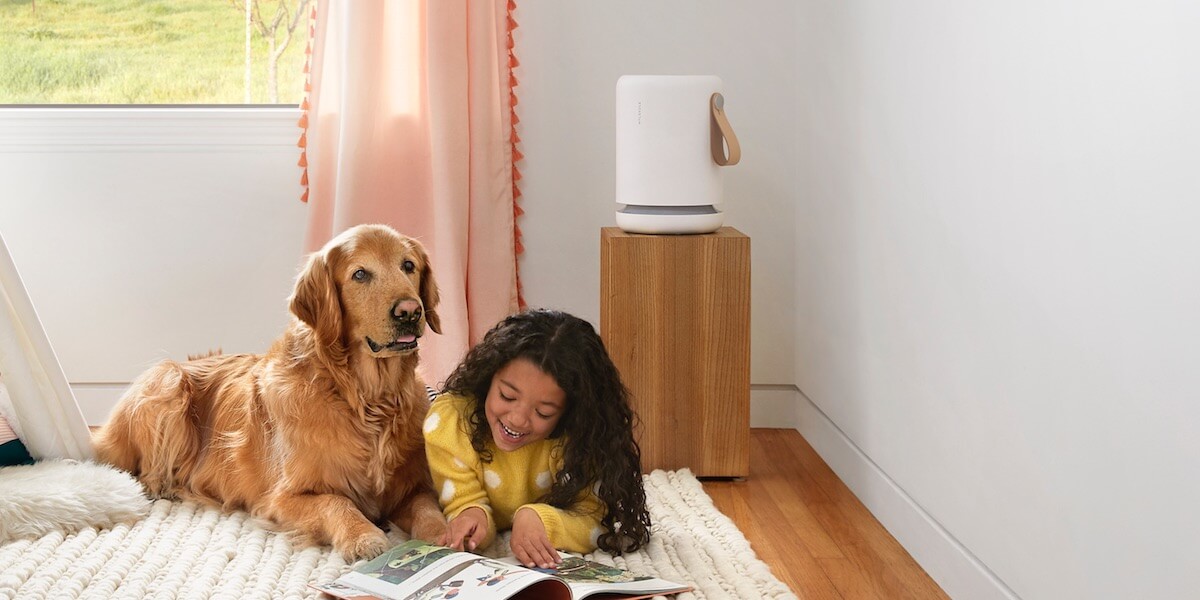 Also read about: High-Tech Gifts the Tech-Lover in Your Life Will Love

When my Molekule Air Mini+ arrived, I was super excited to get it set up. The box contained the purifier, a filter and instructions, and it only took me a couple of minutes to snap the filter into place, place the top on and have my fully constructed Air Mini+ ready to use. The power cord also conveniently wraps up around the base, so I could get it to exactly the length I wanted it without it being unsightly or a tripping hazard, which was a big plus! I also liked that it was actually sleek enough to have on display and look like something you put there purposefully, unlike many other purifiers you'd want to keep hidden. 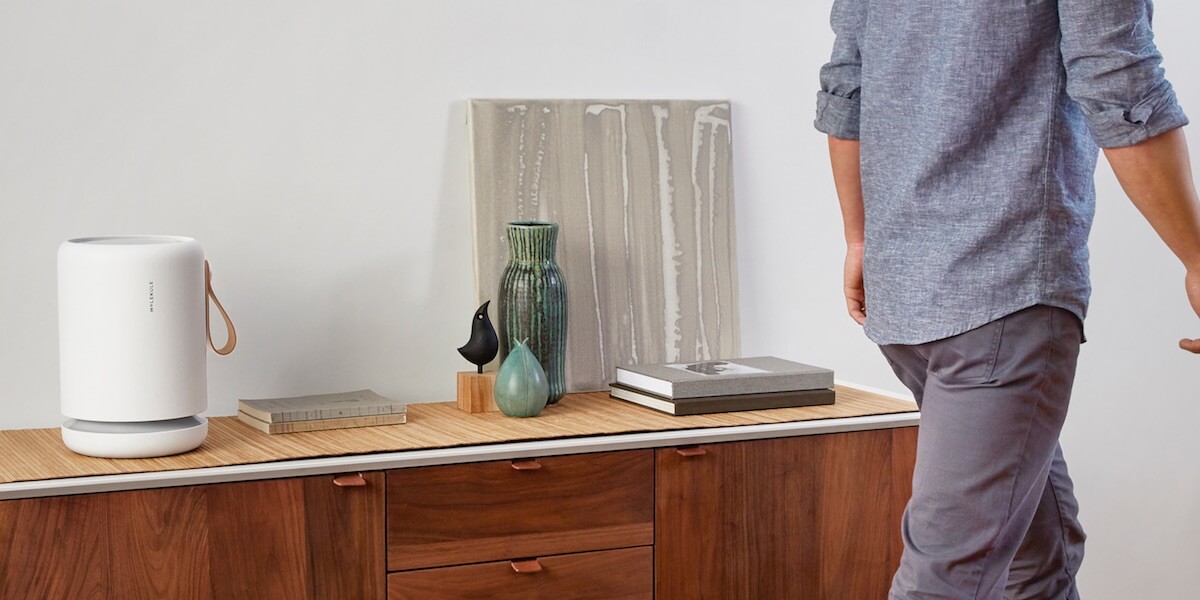 When I turned it on, it immediately started whirring at the highest setting at a relatively loud volume. I left it on that way as I downloaded the app, synced the purifier to my wifi and went through all of the steps to get everything set up. This process took a little longer because the wifi in my house is really weak in my bedroom, but once it was complete, my Air Mini+ was completely ready to go.

According to the app, the particle level in my room was "Moderate," and the fan speed was at a higher level in Auto Protect mode to get the particle level down. I decided to keep it there, for the time being, and as I went about my day, leaving my bedroom until a few hours later, it continued doing its work.

When I did get back to my room, there was a huge difference in the air. It just smelled cleaner, and even though I know the device doesn't have an impact on temperature, the air also felt cooler to the touch in my room than in the surrounding ones.

Even though the particle level was still at "Moderate," when bedtime came around, I decided to turn the filter down to a lower setting. At the first level, it's actually super quiet, and the first night, I found that the Air Mini+ made for a pretty relaxing pink noise machine for sleep. On subsequent nights, though, I found that the slightly noisier second level was even better for helping me tune out my thoughts and other noises, and it's since become my go-to level for getting a great night's sleep. Over the last month, my sleep has been extra restful, which might be due in part to both the sound and the cleaner air I'm taking in while I snooze. 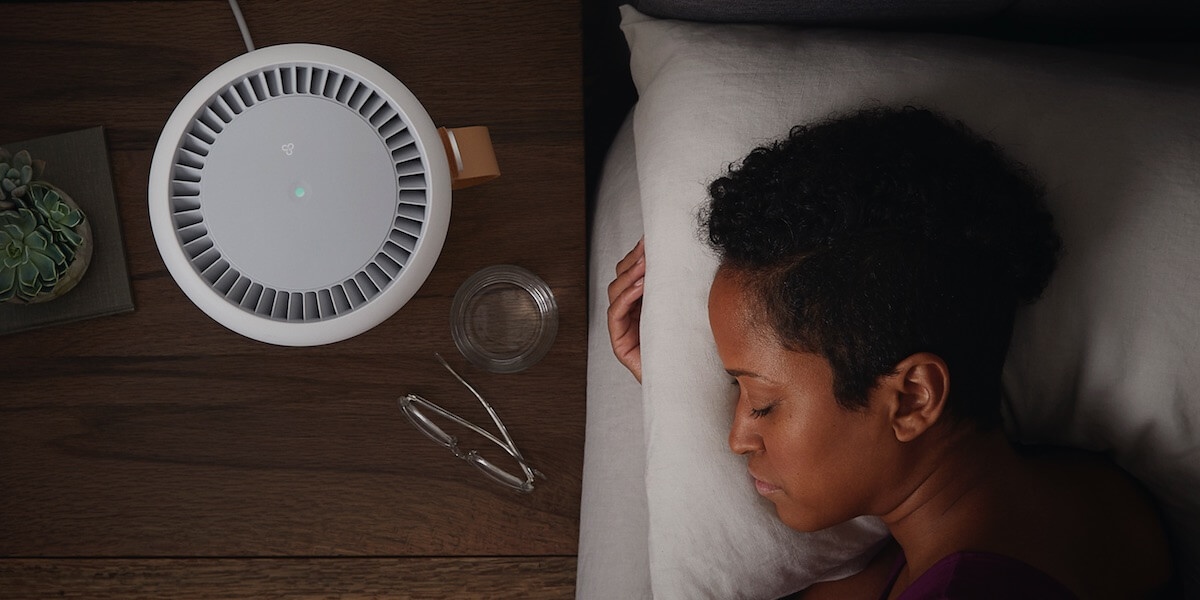 It took a few days, but finally, with the Air Mini+ on Auto Protect during the daytime, I reached the coveted "Good" particle level in my bedroom, and it feels great knowing I'm breathing in fresh, clean air. The air just feels better, making my room even more of a haven from the rest of the world.

Even more, I've been feeling great, too. While I usually deal with at least a couple of migraines over the course of the month, in the month or so since I've been running the Molekule Air Mini+, I haven't had a single headache. I've also had fewer issues with allergies, even with July being the peak pollen season where I live. I feel it's made a serious difference in my life, and now, I can't imagine life without it.

I've loved my experience with the Molekule Air Mini+. It was easy to assemble, it's effortless to use with the app and I can tell a huge difference in the air, which seems to have also impacted me positively in terms of health and sleep. It's also relatively small, easy to move and strangely cute. Of course, all of this comes with a few caveats. I haven't tried any other air purifiers to test it against, so it's tough to say whether the results would be unique. It also costs about $500, which definitely isn't in every family's budget—especially with the cost of additional filters every six months. What I can say is that it worked wonders for me, and when the time comes, I'll consider the $99 yearly investment in filters worth every penny.

Looking for more stylish yet functional pieces of decor for your home? Click HERE to check out some of our sleek favorites.