Branded Monopoly games may update the board, tokens and properties with a few aesthetic and name changes, but deep down, they tend to be the same old Monopoly game.

That's anything but the case with the new Super Mario Bros.-themed Monopoly Gamer. The new board game is available now, and while it'll force you to learn a whole new set of rules to the game, the result is fast, uncomplicated and lots of fun. 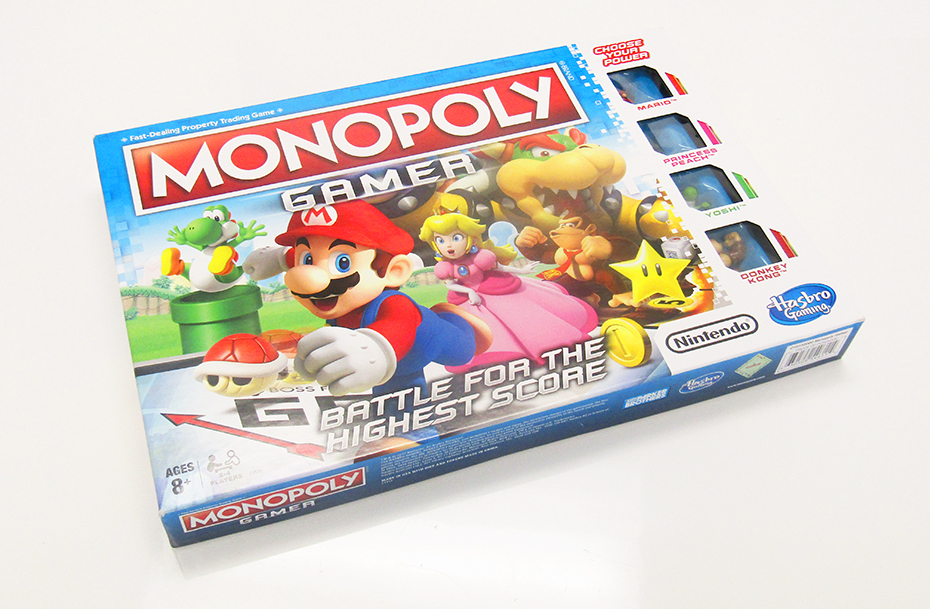 First, the board has been majorly simplified. There are six fewer properties to own and no Chance or Community Chest cards. In their place are all-new Mario-themed spaces including a Warp Pipe that transports you along the board, a Coin Block that awards you with coins and a Thomp that makes you drop your coins on the board. 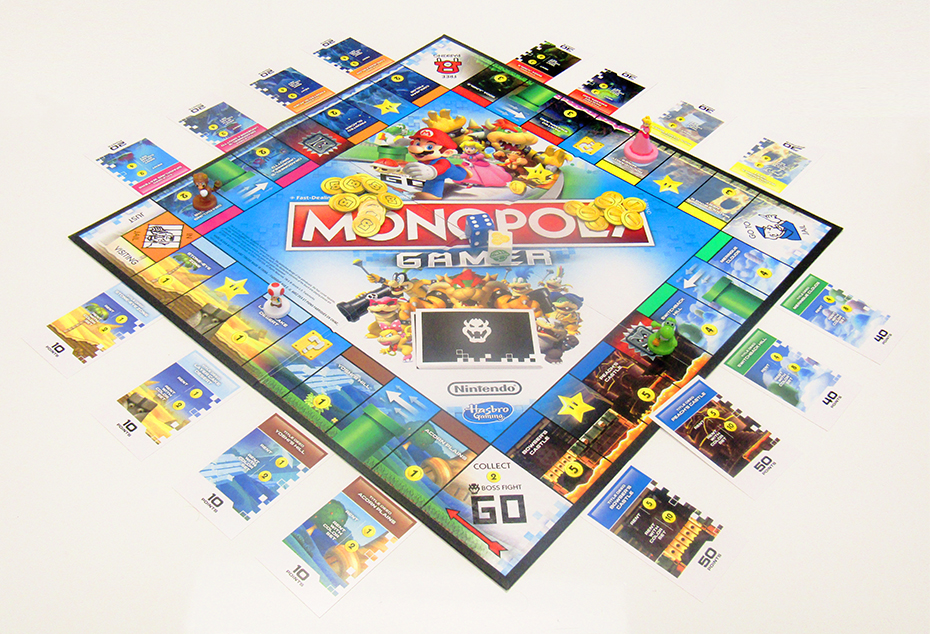 In a rare move, this is a Monopoly game that doesn't utilize paper money. Instead, the game uses a Mario classic, coins, as the in-game currency. And winning isn't just about gathering the most wealth by the end of the game. Instead, you must accumulate points. 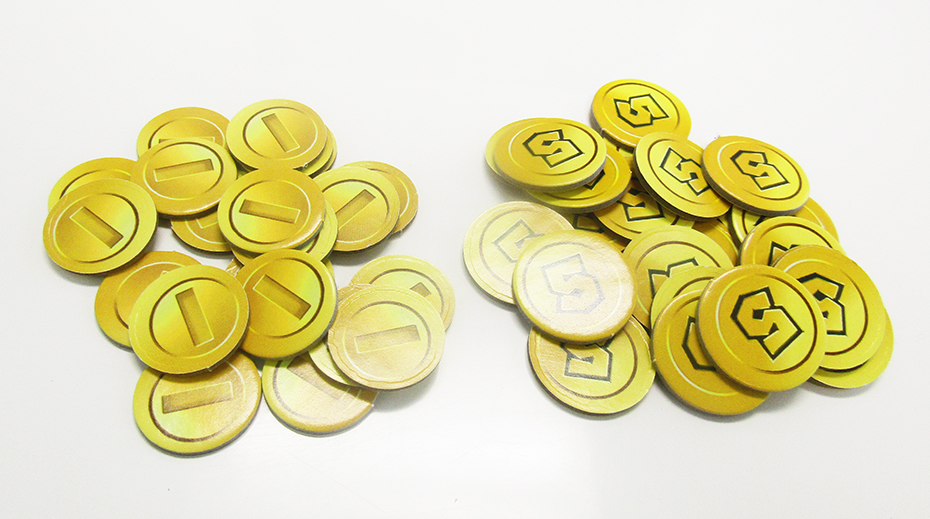 And, just like in most video games, each character you can select has their own unique stats and abilities. The game comes with Donkey Kong, Princess Peach, Yoshi and Mario, and each of them plays a bit differently. 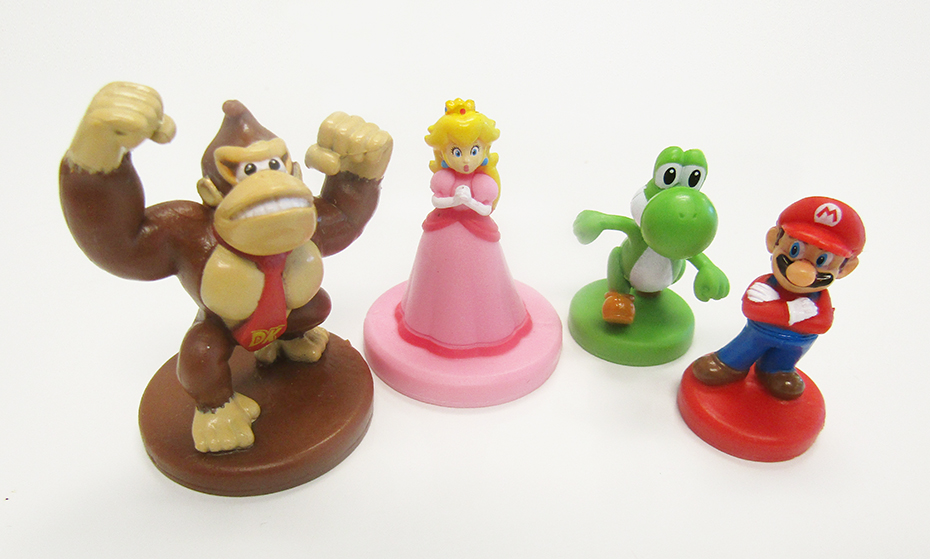 When you land on a Super Star on the board, you get to use your character's totally unique Super Star Ability. For example, Mario's ability allows him to rake in lots of extra coins from the bank, while Donkey Kong's allows him to steal from other players. 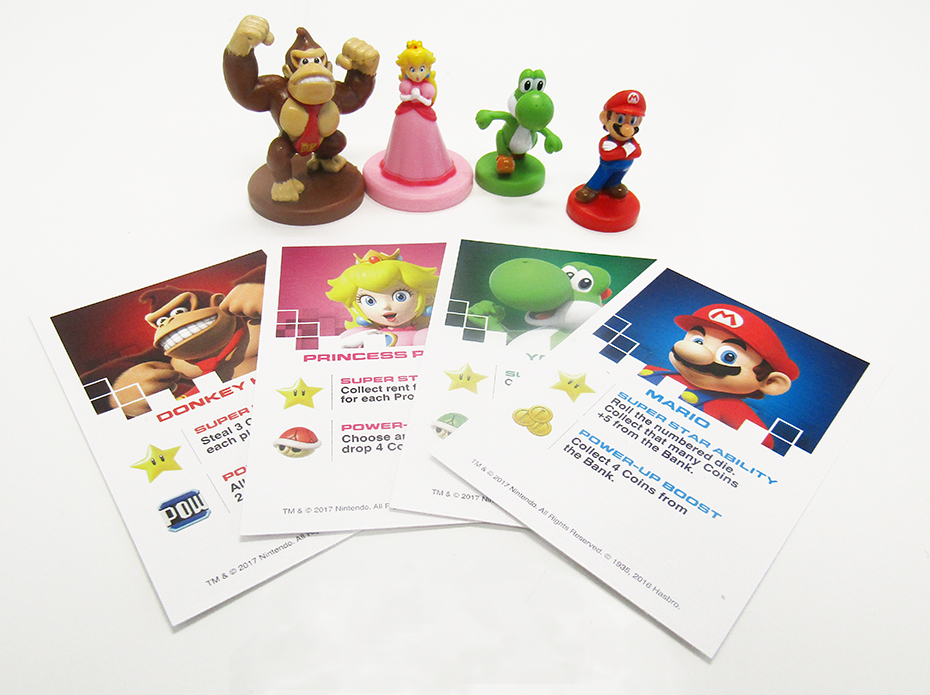 Movement in the game is also unorthodox. To move, you'll be rolling one normal die as well as a Power-up die, which features Red Shell, Green Shell, Blooper, POW and Coins sides. Like the classic game, you move ahead based on the number you roll, but for each turn you also get to utilize beneficial Power-ups, like stealing coins from other players, or getting your opponents to drop coins where they stand. Each character also has their own unique Power-Up Boost, so Donkey Kong's POW makes others drop even more coins and Mario collects extra coins when he rolls the Coins die. 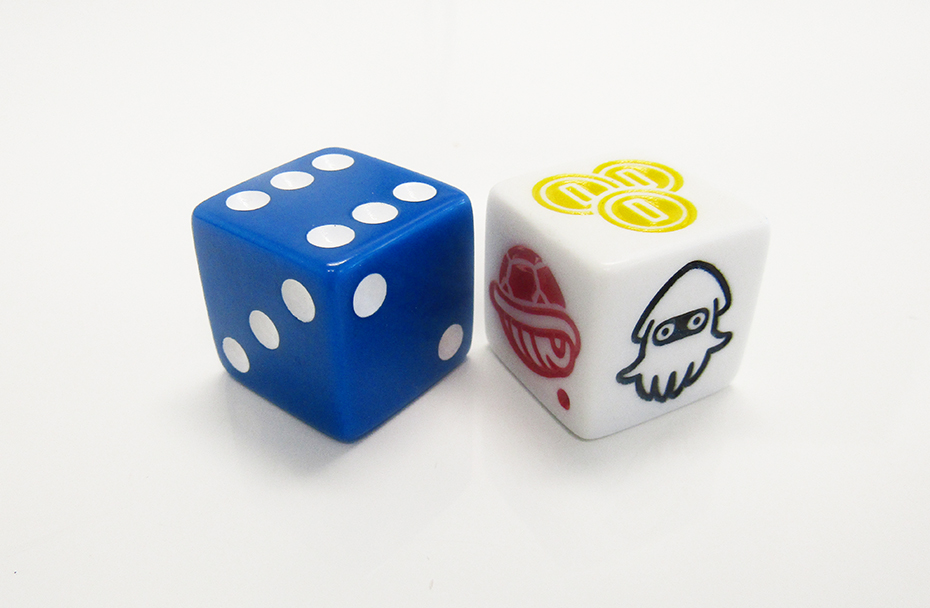 Perhaps the biggest change to the game is the boss battles, which occur anytime a player passes GO. They include the seven Koopalings and Bowser. To fight them, the person who passed GO must pay a fee and roll the dice, rolling a certain number or higher to win. If they fail, each player gets turns trying to capture the boss. Bosses are worth lots of points, so they're worth taking down. The game ends after the final boss battle with Bowser.

Once Bowser's been defeated, the winner is decided by tallying up all of your points. You get different amounts of points depending on the properties you own, the bosses you've beaten and how many coins you've got left at the end of the game.

And if you'd like to play the game with classic Nintendo characters not included with the board game, there are also Monopoly Gamer Power Packs, sold separately, which include additional characters for $3.99 each. Wario, Fire Mario, Diddy Kong, Toad, Rosalina, Luigi, Boo and Tanooki Mario are all available. 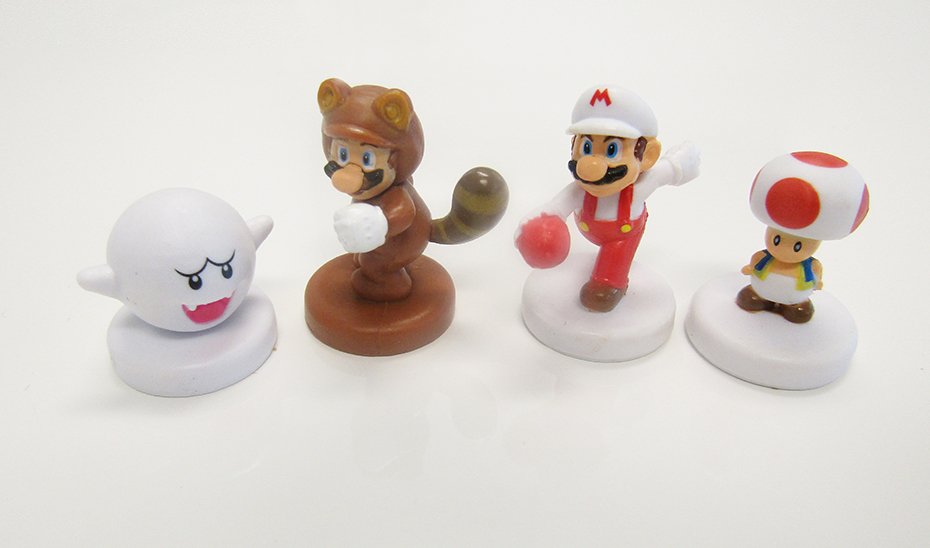 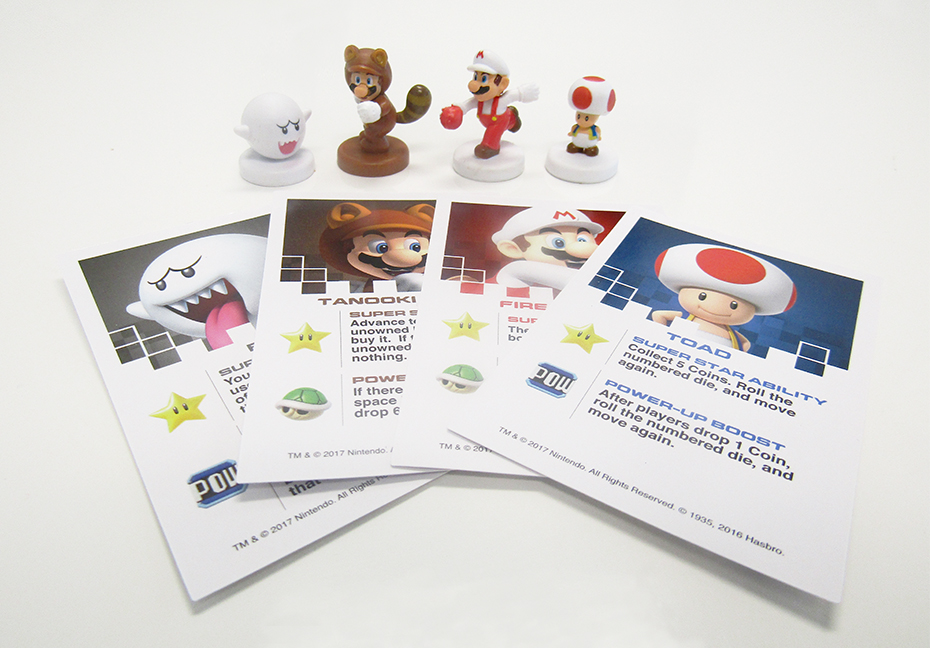 While the new set of rules on Monopoly Gamer take some getting used to, once you're in the rhythm, it's a rewarding time that feels like an authentic Mario Bros. experience. However, we do recommend playing with at least three players, as the two-player game setup involves each player controlling two characters at a time, which gets confusing really fast.

If you're looking for a new board game experience that isn't just Monopoly with a shiny new veneer, Monopoly Gamer might be just right for you. If you're a diehard Mario fan, you won't want to miss it.

And if you can't get enough of Mario games, click HERE to find out what we thought of our time with Super Mario Odyssey.