Pokémon Cards Can Be HOW Expensive? Check Out These Cards Worth Thousands

It's tough to believe that Pokémon cards have been around since 1996, because with their recent explosion in popularity, they are more popular than ever.

Pokémon card unboxing has become a massively successful content category on both YouTube and Twitch, with fans tuning in to see if creators get lucky and unwrap a card worth thousands—but which cards are worth the biggest bucks? We scoured eBay to find out. Keep reading to find out which cards reeled in the cash below.

This 1st Edition Machamp holographic card isn't actually as rare as other collector cards, seeing as it was included in every starter set when the trading cards were released in the U.S. in 1999. Regardless, this one recently fetched an epic price of more than $6500. 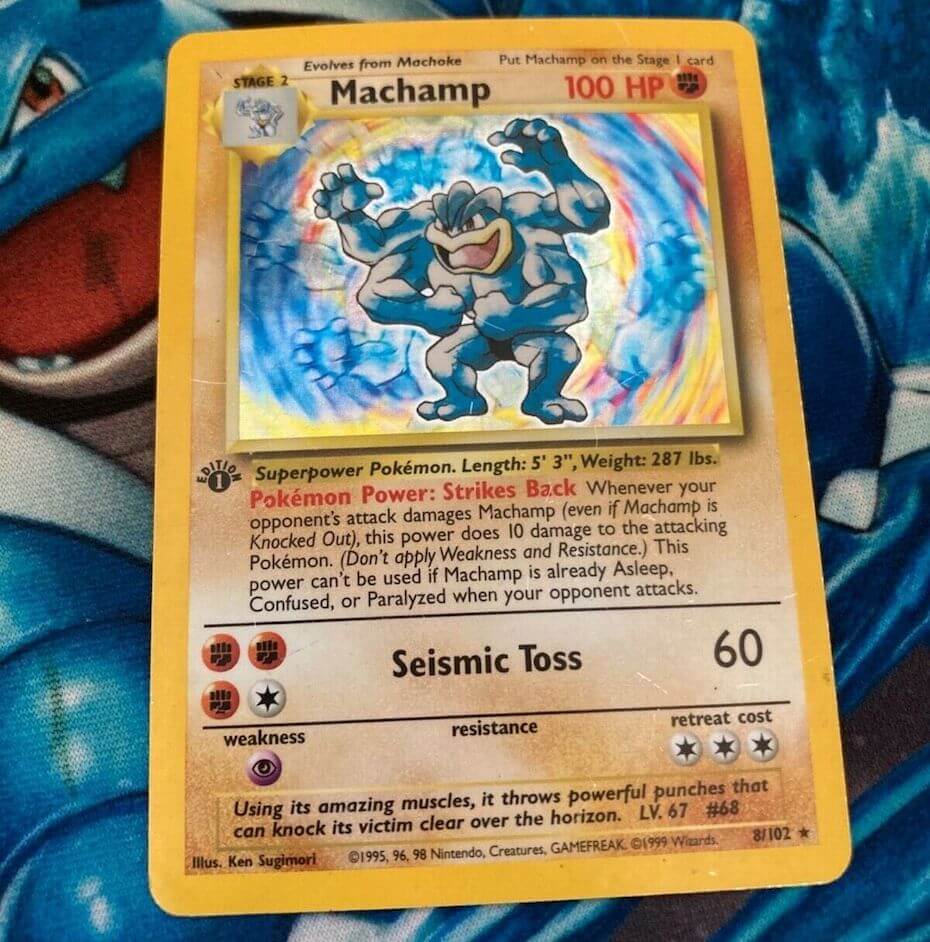 Back in the year 2000, the Pokémon Neo Genesis expansion was the first set to introduce Generation 2 Pokémon, and this holographic Typhlosion card is quite desirable. The card has a PSA 9, which means the card has been given a nine out of 10 score by Professional Sports Authenticator, the world's most trusted trading card authenticators. Errors are another thing that can really bring up the value of a card, and this one has an extra black dot toward the bottom left corner. 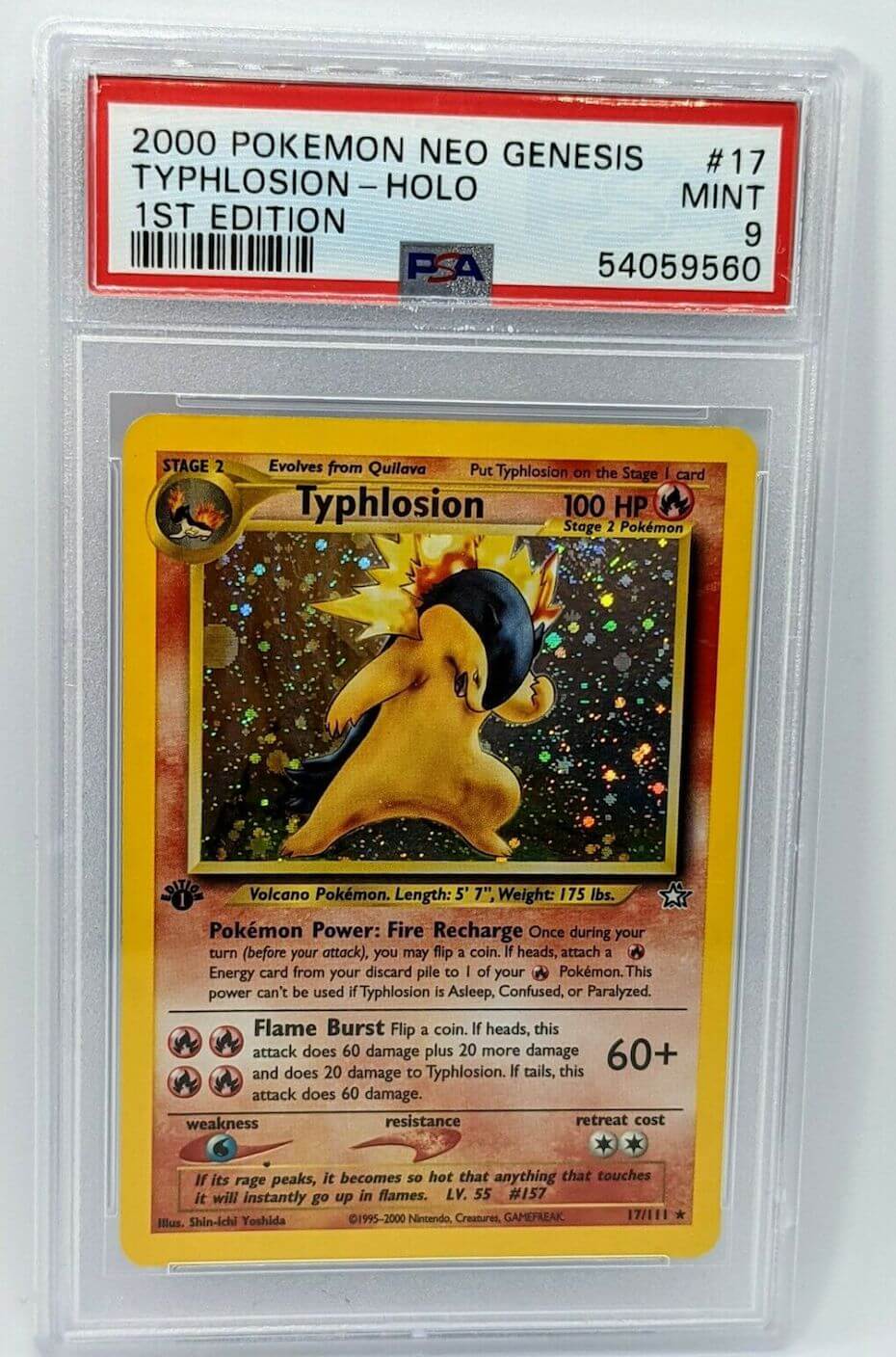 You wouldn't be wrong to immediately think of Charizard when valuable Pokémon cards are mentioned. In fact, nearly half of the cards on this list are Charizards of different kinds! This rare Japanese Charizard card from 2003's Skyridge expansion has a particularly captivating design. It's also got a perfect 10 out of 10 rating from PSA. 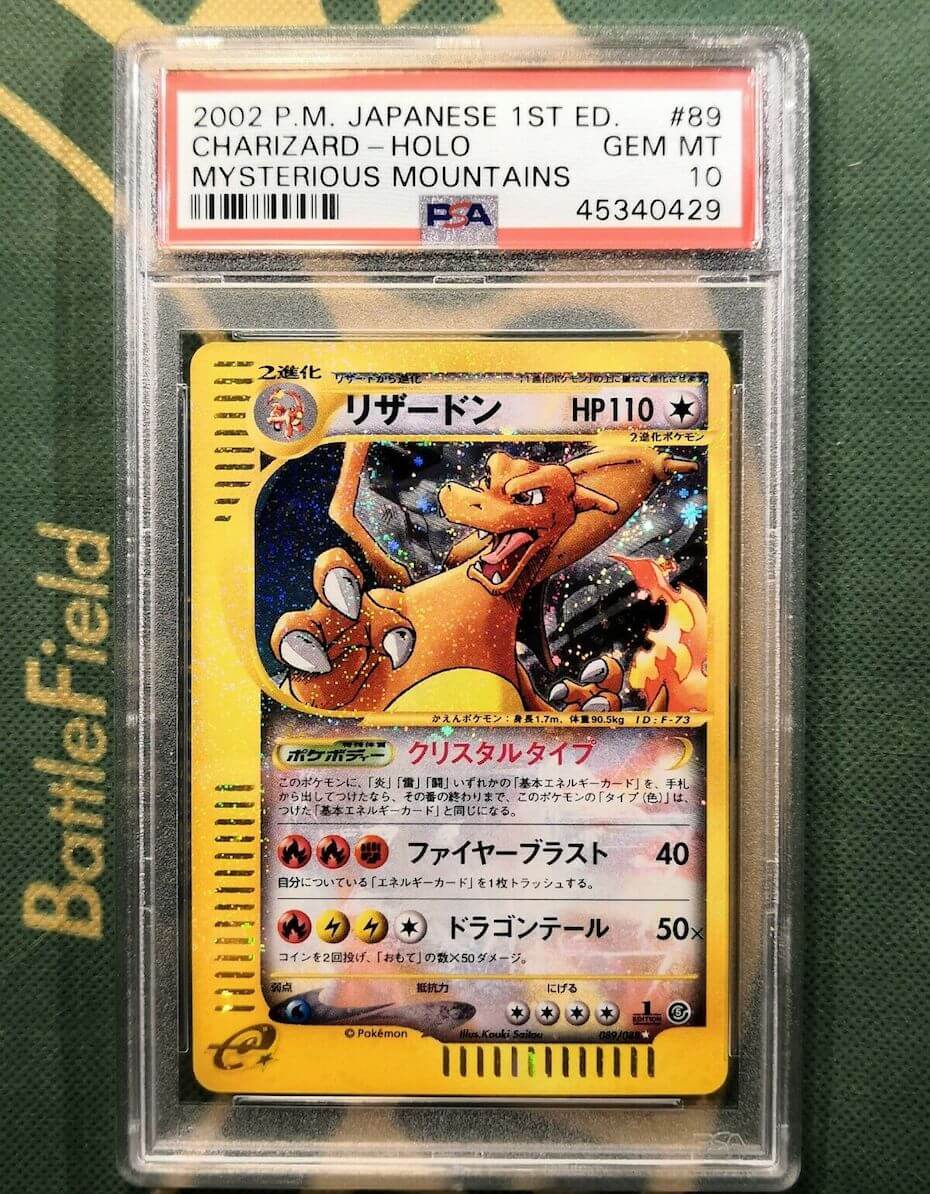 Here's yet another Charizard card that's earned a spot on the list! This is one of the more recent cards on the list, coming from the Diamond & Pearl Secrets Wonders expansion in 2007. This one is unique because it has holo bleed, meaning there was a printing error that allows the holographic foil pattern to be seen on parts of the card outside of the character portrait. A swirl pattern is also visible on the card's foil, basically making it one-of-a-kind. 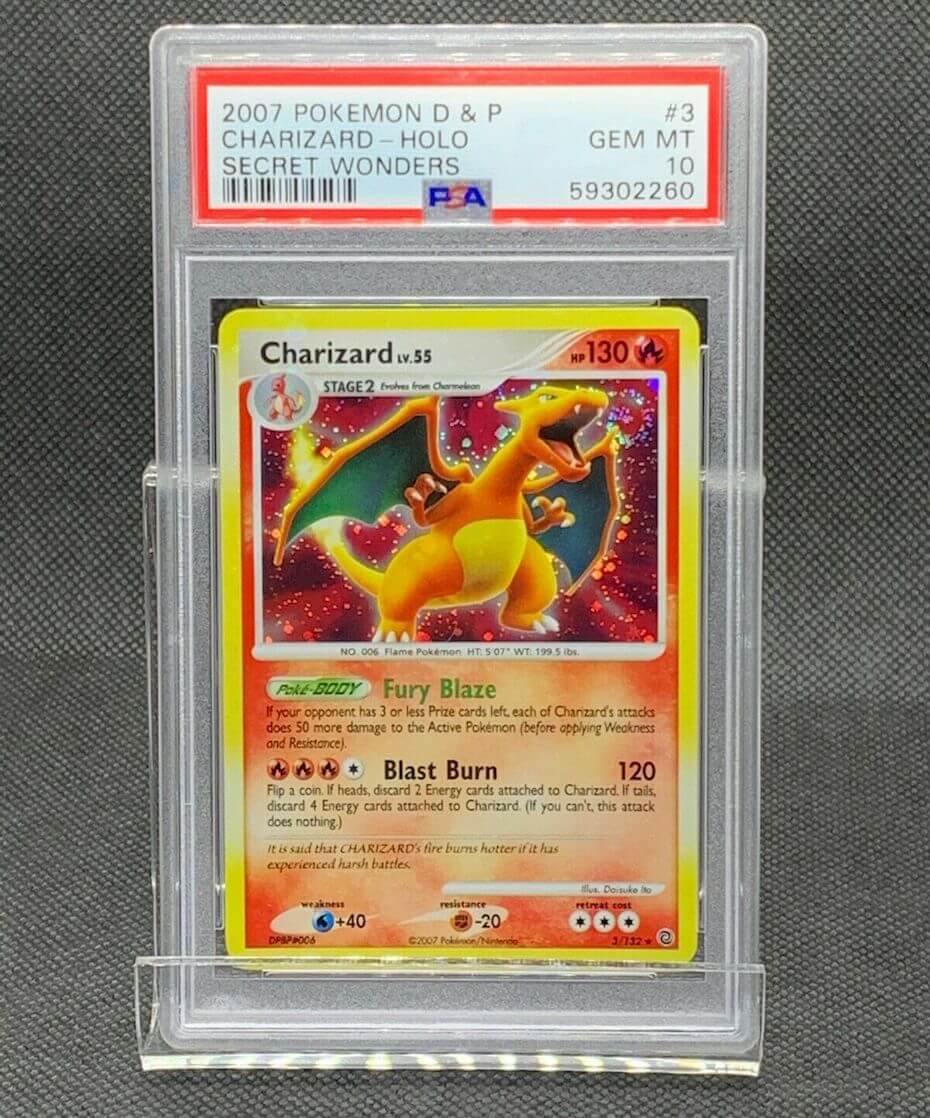 Yep, here's yet another Charizard to add to the list of valuable cards! This one is from 2002's Neo Destiny expansion, referring to this black-scaled Charizard as "Shining Charizard," as the name "shiny" wasn't actually established until 2005. Not only does it have a perfect PSA rating, but it's simply a rare and cool card that any trainer would want in their collection. 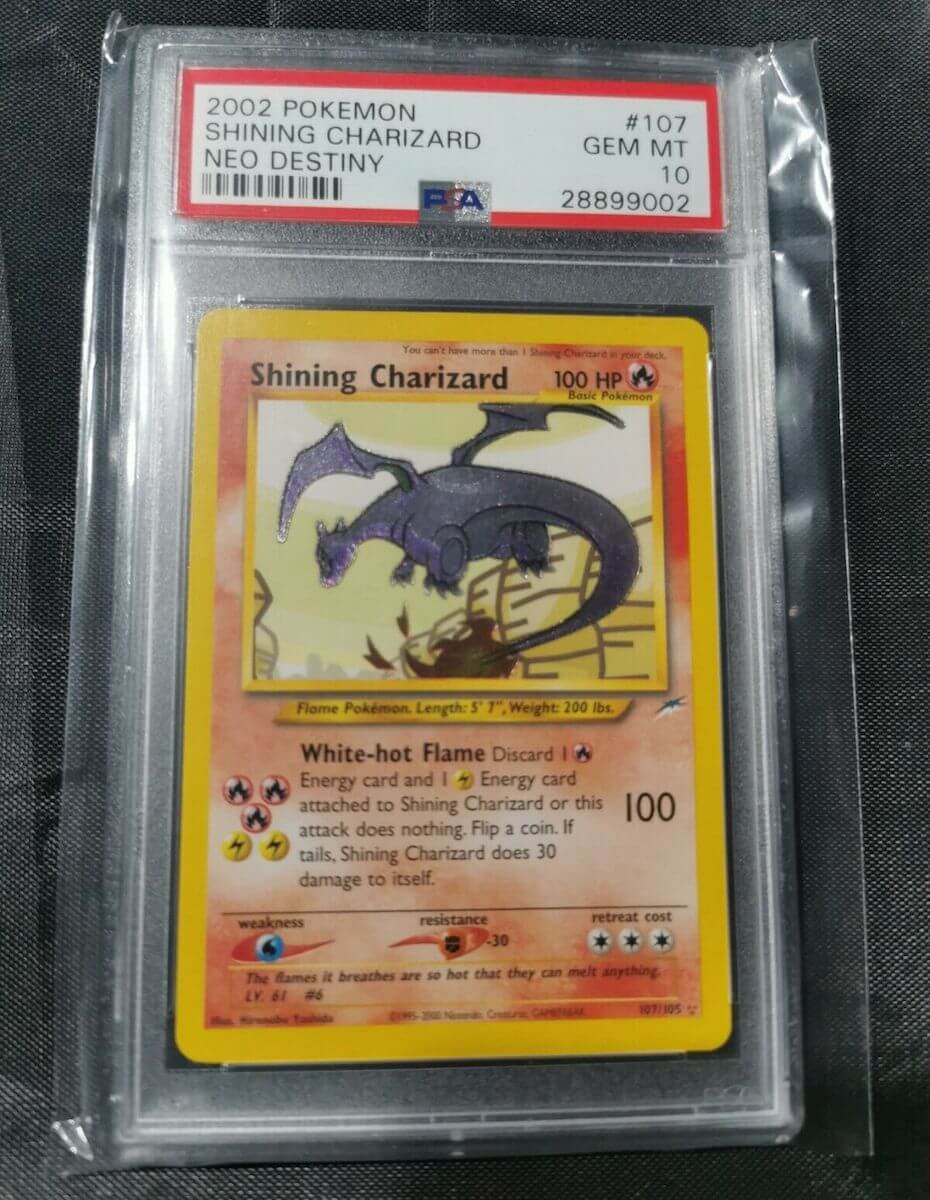 This Gyarados card released as part of the Neo Revelation expansion in 2021, is special for a number of reasons. Firstly, it's a 1st Edition card, but it's also yet another "Shining" card, featuring a Gyarados with red skin. For Pokémon fans, few things are better than nabbing a shiny Pokémon, and that also applies to Pokémon card hunting. 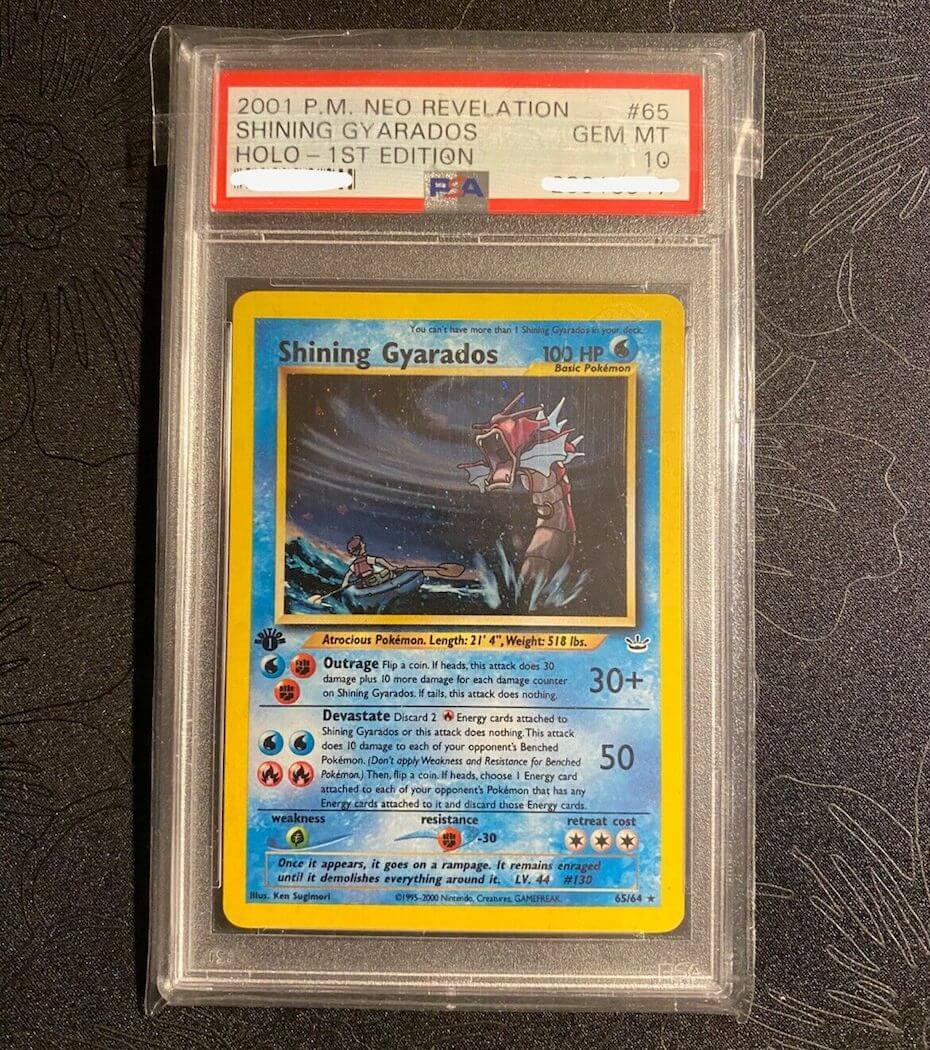 The very first Pokémon Trading Card Game expansion, Jungle, was a very big deal when it dropped back in 1999. It includes a number of ultra-valuable cards, and Vaporeon isn't even at the top of that list, though it did fetch a pretty penny in this recent sale. 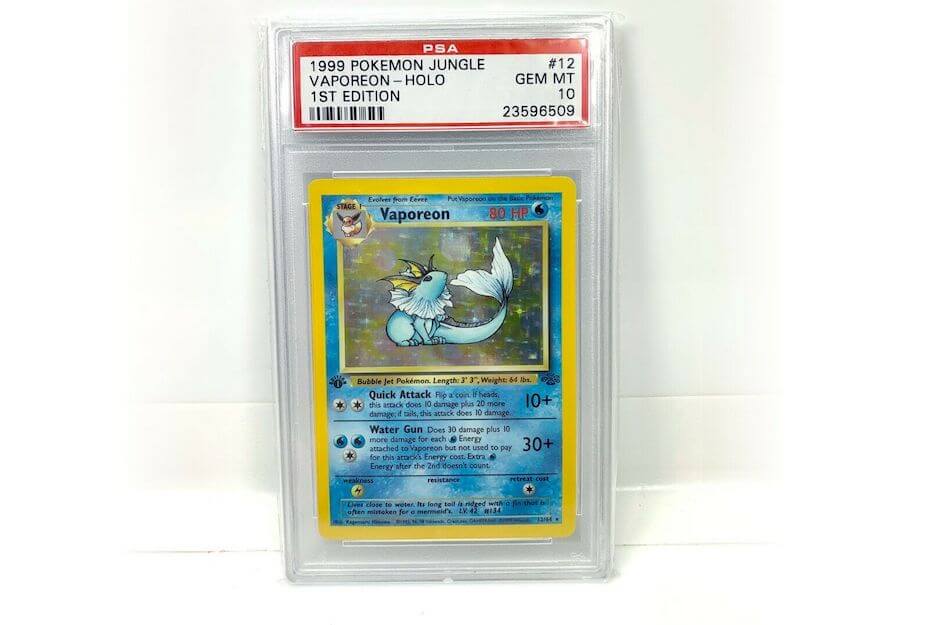 The Lugia card is the rarest from the entire Neo Genesis expansion, and its great aesthetic also explains why it's so beloved and valuable. The fact that it also has a PSA 10 rating is another great reason it sold for so much money in an auction. 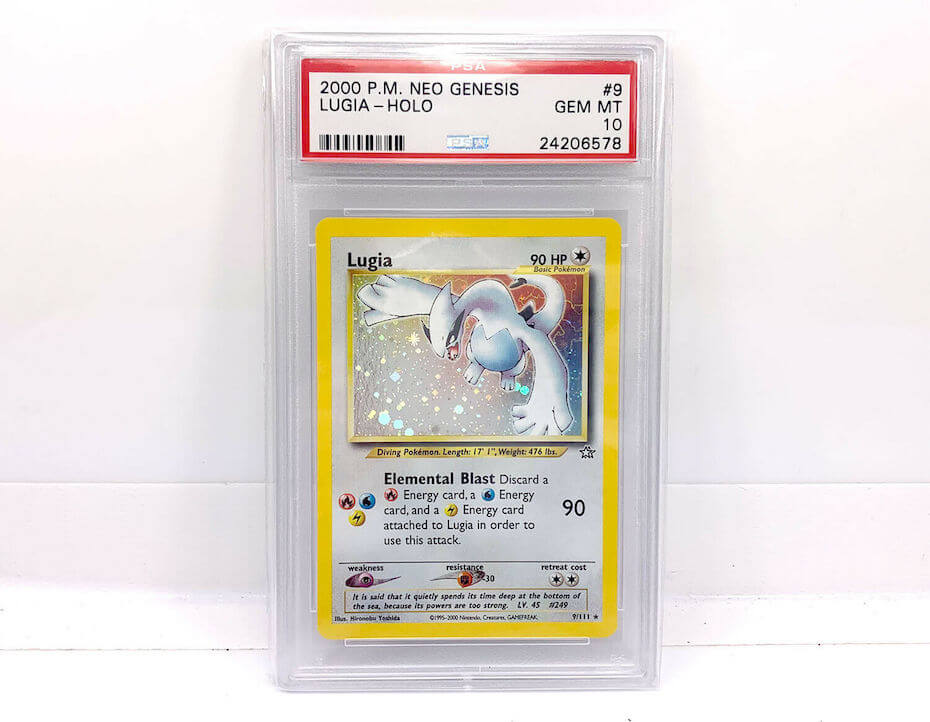 You read that right—here's yet another ultra-valuable Charizard. 1999 Charizard cards are among the most sought-after cards for collectors, and this 1st Edition holographic card is a gem among Charizards. Not only does it have a high PSA rating, but being "Shadowless" means it belongs to the first or second edition of card releases, before a drop shadow was added to the box surrounding the characters. The "1st Edition" stamp clarifies its rarity. 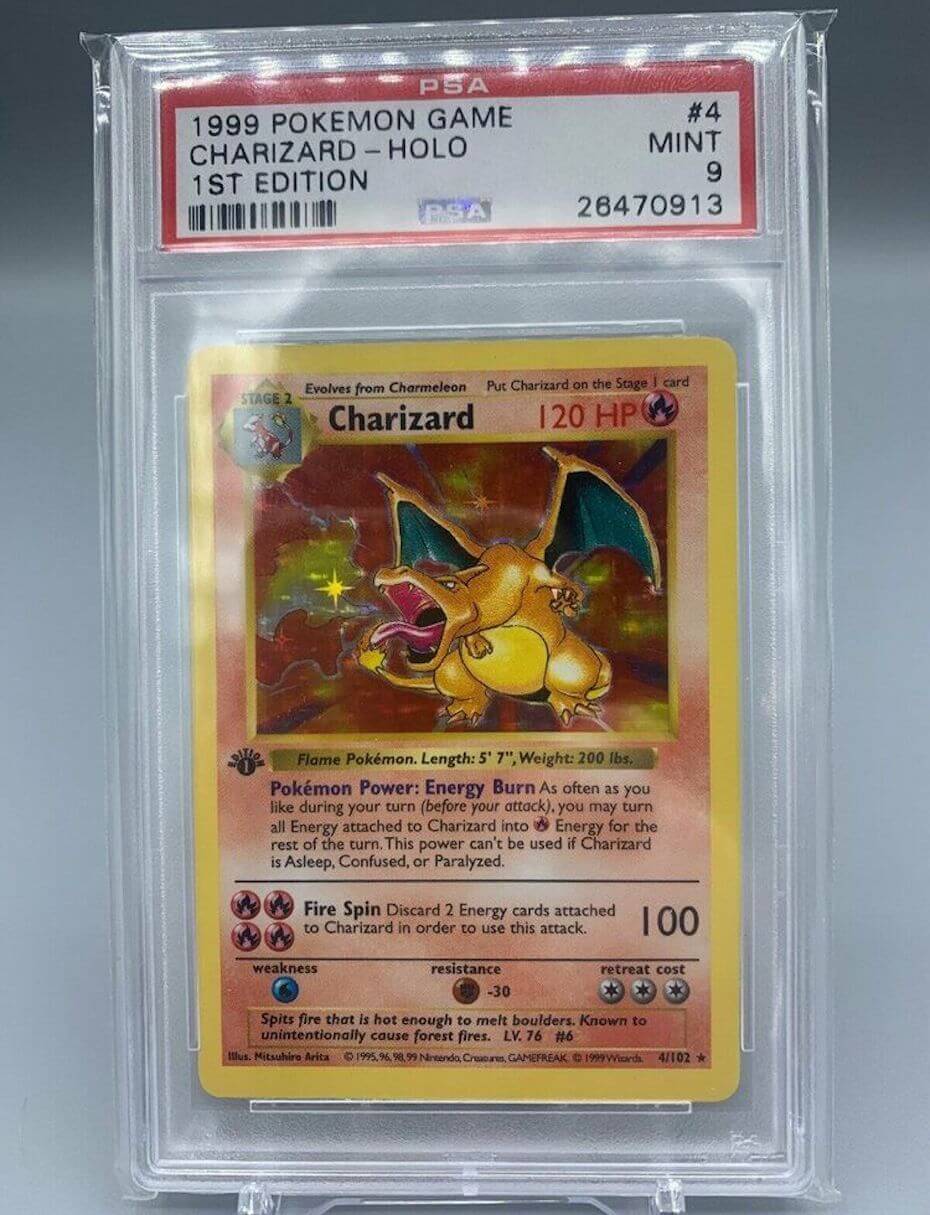 Last but not least, this super-cute holographic Pikachu card was offered by McDonald's for the franchise's 25th anniversary this year, and is the rarest and most coveted of the 50 cards in its set. This card, in particular, fetched a much higher price than this Pikachu typically gets, but it was worth $20k to somebody! 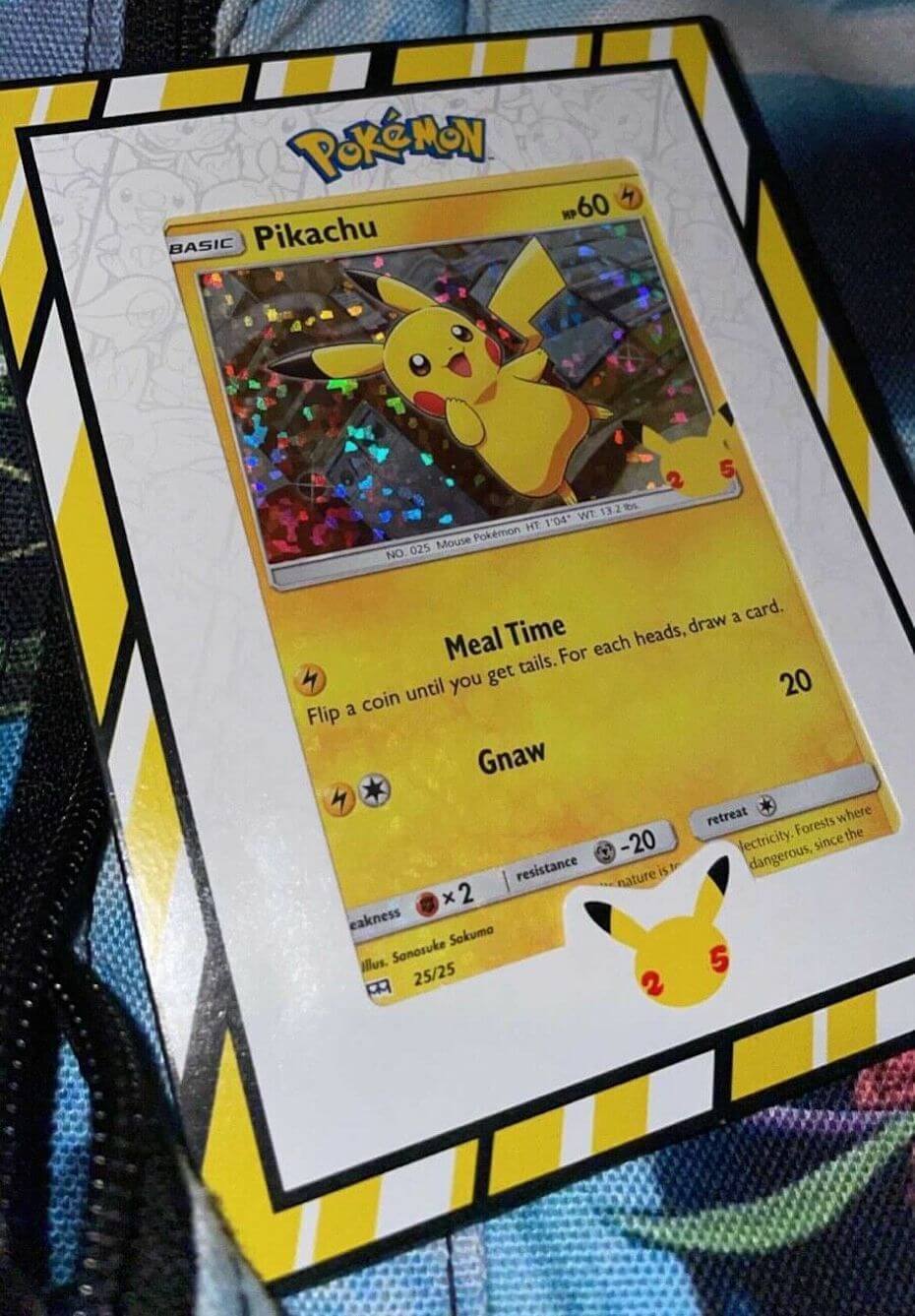