Mowy Lawn Is the Free Mobile Game You NEED on Your Phone, Even If It Is About Mowing Lawns

I would never have anticipated that I'd spend hours and hours playing a mobile game about mowing lawns, but here we are. 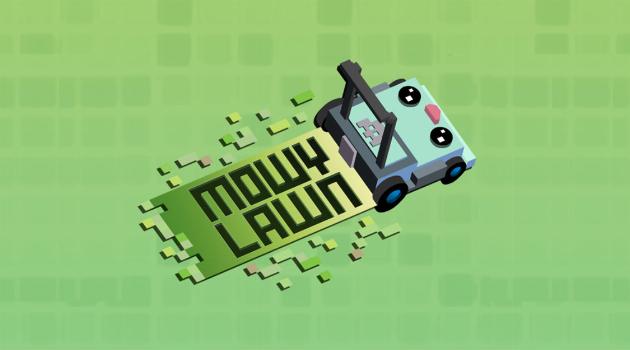 Mowy Lawn is the latest game by British developer PlayStack, putting players in the shoes (wheels?) of a lawnmower whose only goal is to mow all of the grass in the land. The app is free, but the team behind the game did give me 7000 free in-game coins to give my Mowy Lawn adventure a head start.

There isn't a story in Mowy Lawn, and the gameplay is deceptively simple. Your mower begins each level behind a starting gate. As the level starts, your goal is to go out, cut every piece of grass on the field and return back through the gate. Your mower moves forward on its own, and you tap the screen to turn. But there's one big catch: You can only turn right. This means if you want to turn left, you have to make three right turns instead.

The first levels are so simple that they'll have you wondering how this is even a game. A fence mostly prevents you from falling from the platforms, and there aren't any obstacles in between you and the path to victory. Once you leave the gate, it'll only open back up for you once you mow enough grass to earn one star. Mowing every blade will result in earning three stars. You can also gather valuable coins along the way, and at the end of each of four main worlds, you'll need a certain number of stars to progress. 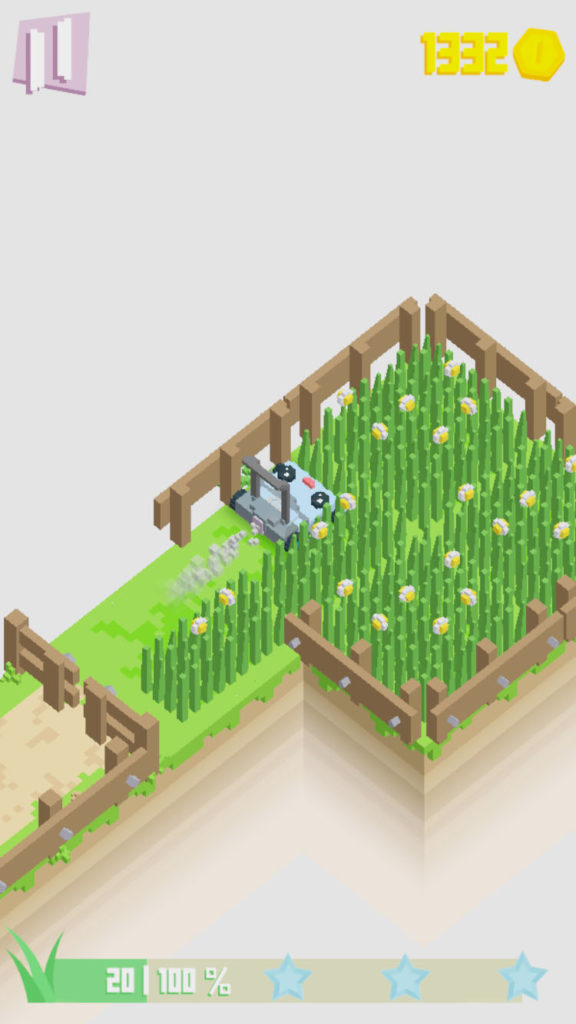 However, you'll quickly discover what makes Mowy Lawn so difficult, and so hard to put down. Levels become littered with fire-breathing dragons, spinning barriers, giant expanding frogs, stampeding sheep and more, and a single touch will make your mower explode into hundreds of little pieces. You'll need to think strategically, always leaving space for your right turns every time you wish you could take a left. If you're sitting on a tiny platform traveling across a chasm, you need to drive around in a tiny circle to ensure you don't fall off. The levels get progressively harder as you inch toward the end of the game. 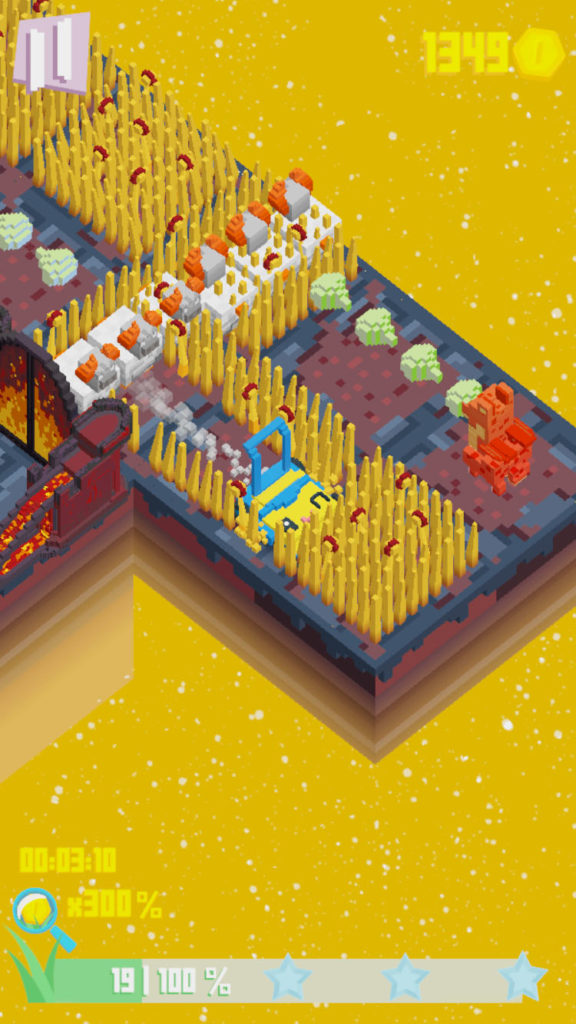 Your plays are limited by how much fuel you have. Every time you blow up or fall off the map, you'll lose a fuel tank. Essentially, you get six tanks, equating to six tries, with one tank restoring itself every 10 minutes. However, you can also speed up this process. By watching another add, you can restore two of your tanks. You can also pay $2.99 to double your fuel forever—but why spend real money when you can just wait a couple of minutes to get everything back? Lastly, you can spend 100 in-game coins to totally refuel, but you'll want to save those coins for mowers. 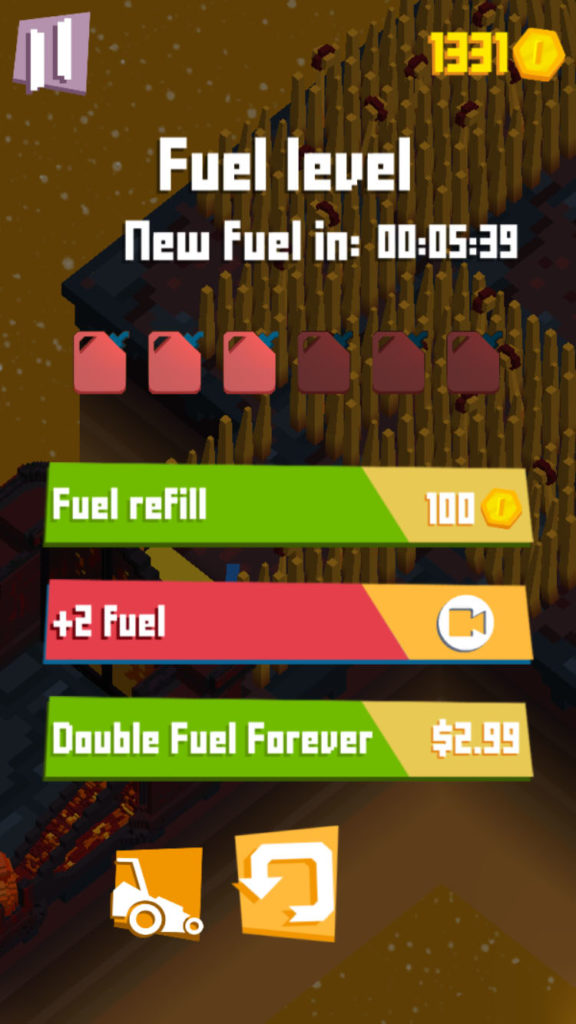 You begin the game with the basic mower, MOWy, who's a slow but steady mower. As the game progresses, you can slowly earn enough coins to purchase seven additional mowers with their own unique looks and mowing speeds. There are mowers inspired by Batman, Yoda and Mario, plus cat and dog mowers. My personal favorite is a somewhat speedy winking mower called MOWbe. Depending on the level and the challenges it presents, different mowers are better suited for the job. 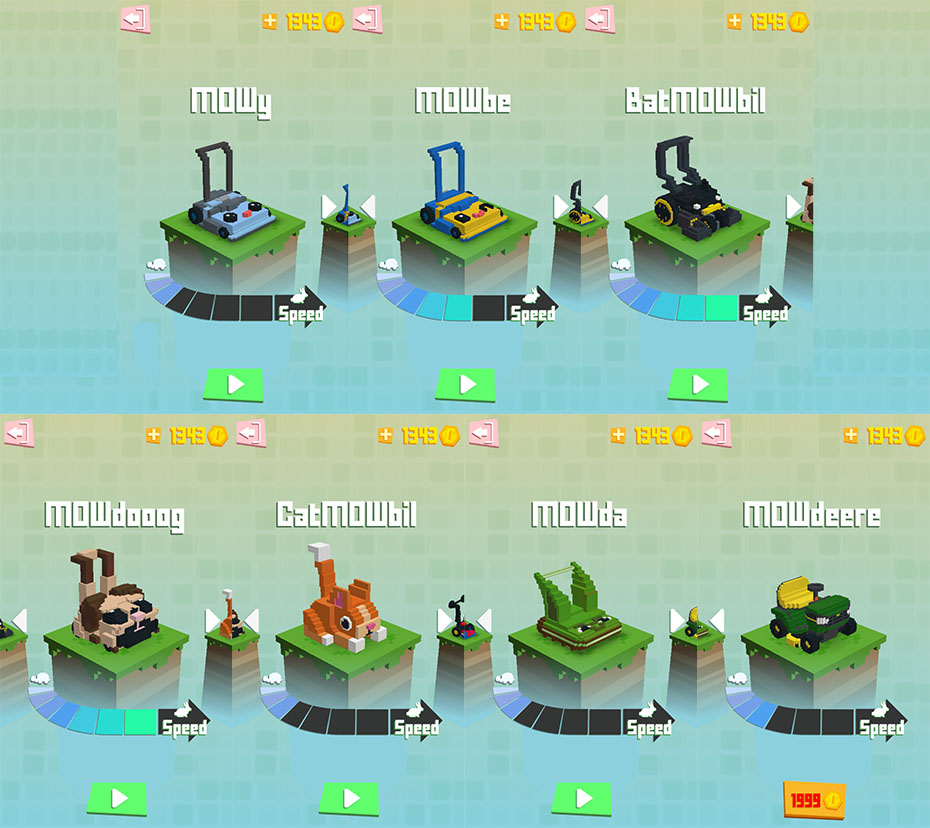 And while the game is free to play, if you want to maximize your coin collecting, you're going to wind up watching a lot of ads in the meantime. Doing so can triple the number of coins you can earn for a limited time, or doubles the coin reward you receive after completing a level. This isn't actually much of a chore when you're idly playing while you have something on in the background, but if you're fully focused on it, watching ads to increase your rewards can be pretty irritating. Still, I opt for the ads every time, not just because I don't want to spend money, but because I'm still saving up for one last mower. I could also buy coins outright (prices start at $1.99 for 1000 coins), but that would take all of the fun out of earning them for myself.

Despite the simplicity of the game, it's challenging and fun enough to make it oddly compelling. The blocky, 3D pixelated characters and worlds are extremely charming, and the soundtrack is super catchy—although I'll admit I played most of the game with the sound off. And after so many disasters with my mowers, it was tough not to start getting invested in them. There were few moments more tragic than thinking I'd mowed every blade of grass, only to discover that I'd missed one, or perfectly finishing a level and then messing it up on the way back to home base.

The game does occasionally have buggy moments. On multiple occasions, the game failed to give me my in-game bonuses after watching ads. It also freezes and shuts down on its own occasionally. However, it's a brand new, free game, so I'll forgive a couple of technical issues. It's still the perfect game for waiting in lines or passing a couple of minutes, and I plan to keep playing until I've finished the whole thing.

If Mowy Lawn seems right up your alley, click HERE to see why Puzzle Puppers is another free mobile game you need on your phone.