Netflix Picked Mulan's 5 Most Iconic Moments, and They're So Spot-on

There's no arguing that Mulan is one Disney's most empowering movies—the heroine did save an entire kingdom, after all. As such, the animated film has gotten a lot of love over the years, and now that its 20th anniversary is here, it's getting even more.

Netflix honored Mulan via Twitter on June 19, the exact day the film came out in 1998. To do so, the streaming service's social media account picked five of the most iconic moments from the film, and they were totally spot-on. 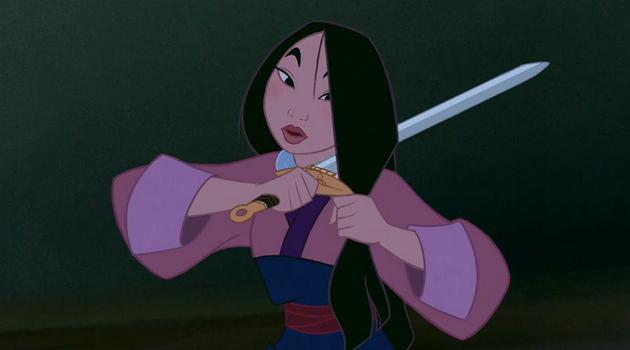 Netflix's tweets focused on parts of the movie in which Mulan did something inspiring. Although they were presented in a lighthearted way, the moments chosen are truly special. Each taught a powerful lesson.

Mulan chopped her hair into the perfect bob with a single cut. ICONIC. pic.twitter.com/3CCHXQaWYv

Although Netflix jokes that Mulan got "the perfect bob," her haircut was about so much more. She was ready to sacrifice not just her hair but herself for her father and her family.

Mulan was smarter than an army of men. ICONIC. pic.twitter.com/VXAH4grkH0

Again and again, Mulan showed that brains can beat brawn. You can't argue with results.

Mulan beat up her crush and he was into it. ICONIC. pic.twitter.com/Nvb44PCGwq

Mulan didn't have to be the damsel in distress to get the guy. By being herself, she won his heart.

Mulan stopped a sword with a fan. ICONIC. pic.twitter.com/mbBh3be0fq

The big battle at the end of the movie is a masterpiece, and Mulan using her fan against a sword was just the cherry on top. It pays to be resourceful.

Mulan showed us the importance of believing in yourself and realizing what a single person is truly capable of. ICONIC. pic.twitter.com/xdamCF8HPq

The major takeaway from Mulan is a valuable one, and Netflix summed it up perfectly.

And now we're ready to go watch the movie on repeat about 1,000 times. Well played, Netflix.

If you can't get enough Mulan, either, click HERE to read all about the upcoming live-action remake.