Summer may be coming to a close, but you wouldn't know it based on the huge things happening in the music space.

From noteworthy awards shows to classic covers, new bangers and album debuts, the music just keeps on coming. Whether you love K-pop, rock, hip-hop, country or something in between, we've got you covered.

Keep reading to discover 10 of the biggest things that happened in music this week. 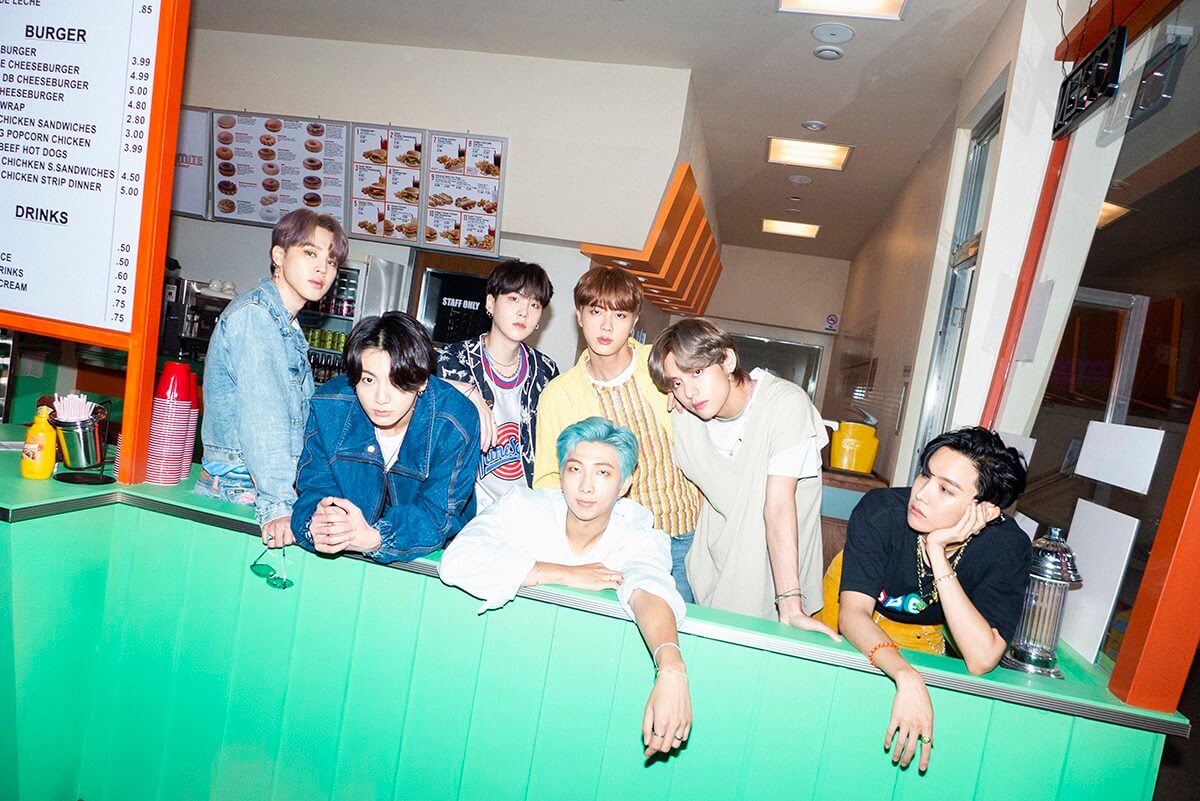 1. The 2020 MTV Video Music Awards Were Exactly What We Needed

Aug. 30's VMAs were the star-studded event we'd been waiting to see all year. Of course, things had to be a bit different this year due to the pandemic, but that didn't stop the show from featuring our favorites giving some jaw-dropping performances. From Miley Cyrus, to Lady Gaga and Ariana Grande singing "Rain on Me," to BTS, Doja Cat, The Weeknd and more, the show had a little something for every kind of music fan.

Formerly a member of K-pop supergroup Monsta X, Wonho signed as an independent artist earlier this year, and his first-ever solo EP, Part. 1 Love Synonym #1 : Right for Me dropped today, Sept. 4. The title track, "Open Mind," also got a new music video today featuring smooth, sultry sounds with a beat you can't help but dance to.

Country artist Tyler Rich just released his debut album Two Thousand Miles today, which we think a lot of people will relate to right now. He wrote eight of the 11 tracks on the album, which emphasizes all of the various emotions that go into a long-distance relationship—especially with social distancing in effect. The "two thousand" miles refers to the distance separating L.A. and Nashville, and Tyler's career with his true love. "Finishing my debut album during quarantine was the ultimate payoff for so much time off," Tyler revealed in a press release. "I've waited years for this complete work of art to come out, and to say I'm ecstatic would be an understatement."

South Carolina-based rock band released their new album Out of Body just last week, and the new official music video for their song "Mercy's Shore," released yesterday, encapsulates everything the album is about. The folksy ballad is a balm for the soul, with a hopeful sound and a message about healing that we can all use right about now. The video also features Truman Lemire of the Nashville ballet, who also graces the Out of Body album cover.

We are longtime fans of Canadian singer-songwriter Tate McRae, and with her stunning heartbreak anthem "You Broke Me First" making it onto Billboard's Top 100 Chart, it's clear she's ready to make the big times. The single is proof that Tate has everything it takes to be a hitmaker—and the video was filmed by propping a camera up on a car. Now that takes talent.

After her last single, "I Hope You're Happy Now" with Lee Brice, spent time at the top of Billboard's country chart, singer Carly Pearce is ready to have another hit on her hands. We're thinking "Next Girl" is poised to be it.  According to a press release, the songwriting process involved reminiscing on the greatest '90s country anthems by women. "It felt just like where Patty Loveless might be today, and we couldn't wait to record it!" Carly said in the announcement. It's a track warning the "next girl" about a particular man's manipulative ways, so she doesn't also get her heart broken.

Dani Cohn is one of the biggest names in social media, and she's also had quite the music career, with a sound that's quintessentially Dani. Today, she released her new single "Foolish," a cover of the classic 2002 track by Ashanti, making it all her own. "Recording a cover is so different than recording your own music," Dani explained in a press release.
"In my opinion it's harder, but it's so much fun at the same time. Being able to sing your favorite songs is the best part, especially 'Foolish.' It's always been my favorite song, so this was such a cool experience to sing it myself."

19-year-old Bay Area singer Audrey Mika is definitely one to watch, and the song she dropped today, "Red Gatorade," makes it obvious why. It's one of those pop songs with a flawless sound, that gets stuck in your head in the best ways after just one listen. It's about having feelings for someone who's stuck on someone else—something we think we can all relate to.

While rapper GASHI released a more basic version of this year's 1984 back in July, the deluxe version is out today. This time around, the album includes two new tracks: "Running Away" featuring. Devault & Seb Torgus, and "Never Give Up On Me" featuring G-Eazy. We especially love "Running Away" and its thumping '80s  beat and vocals. The music video also released today.

K-pop superstars continue proving they're the biggest band in the world with their new track "Dynamite" jumping to the top of the Billboard Hot 100 Chart. Not are they the only Korean group in history to pull off this feat, but "Dynamite" is also the band's first song performed fully in English. We think the song's funky, mainstream appeal will make it a lasting hit.

Did you miss the biggest music releases last week? Click HERE to see what happened in the week of Aug. 28, 2020.