One of the easiest ways to do that right now is by signing up for various music subscription boxes, and that is exactly what I did. 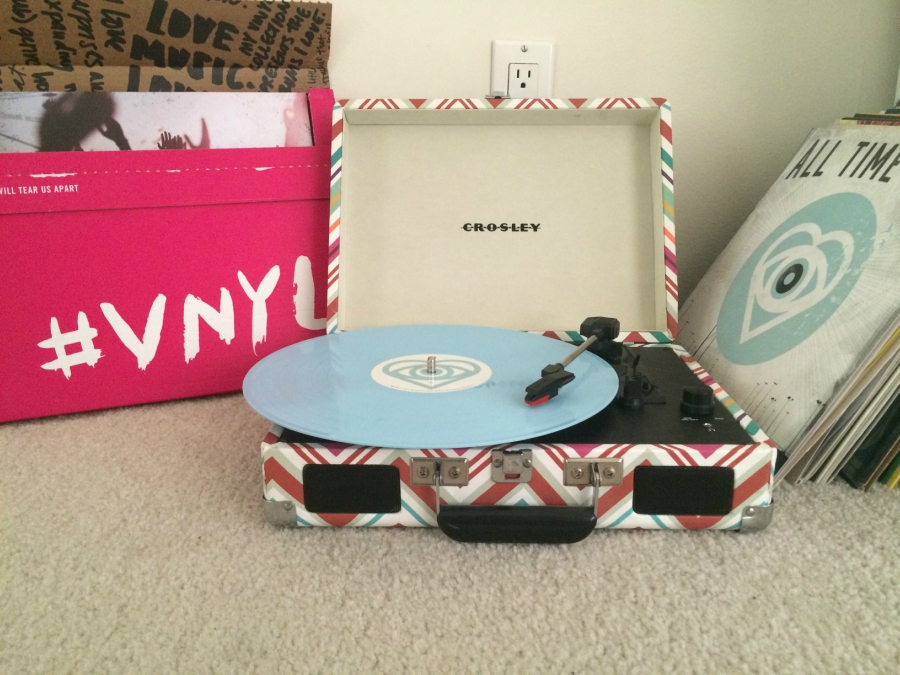 I tried out five very distinct music subscription boxes and learned that whether you listen to punk, indie or rock, there's a box out there for you.

Keep scrolling to see which one you should subscribe to ASAP. 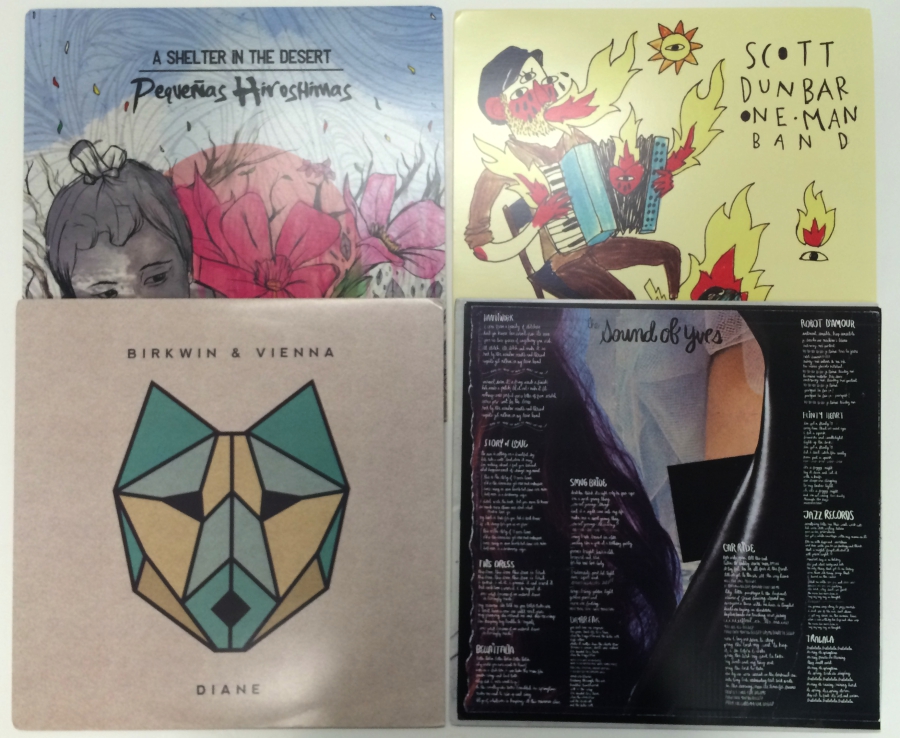 My thoughts: If you're really into being the first to discover a new artist before they become insanely popular, this is the box for you. I discovered four indie artists from this subscription box that I otherwise wouldn't have discovered on my own. I specifically became obsessed with Scott Dunbar. Listening to his album seriously moved me and I connected so deeply with his lyrics.

What's super cool about this box is that all of the vinyls in it are a first-time pressing. Plus, you even get to vote for which ones you want pressed. And if that isn't enough to convince you to give this box a chance, your first trial is free. 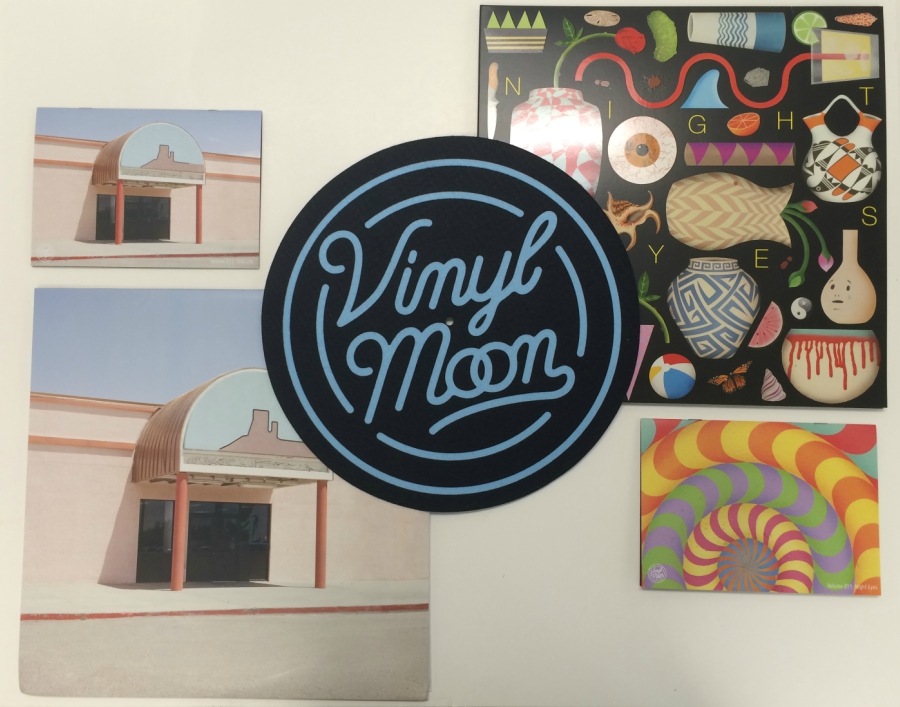 My thoughts: First, I have to mention how much I'm a fan of the important role art plays for each vinyl. It sets the tone for the musical journey you're about to embark on and lets your imagination run free while listening to the songs on the albums. It's simply breathtaking.

While each record contains 10 songs by 10 different artists, not a single song felt out of place on either record I listened to. They all meshed together, just as if it were any other album. I did thoroughly enjoy that there were a number of different bands and musicians featured on each record. It gave me a taste of what each artist was like. If I was really feeling them, I looked them up after. And I pretty much did that for each artist on the two vinyls. 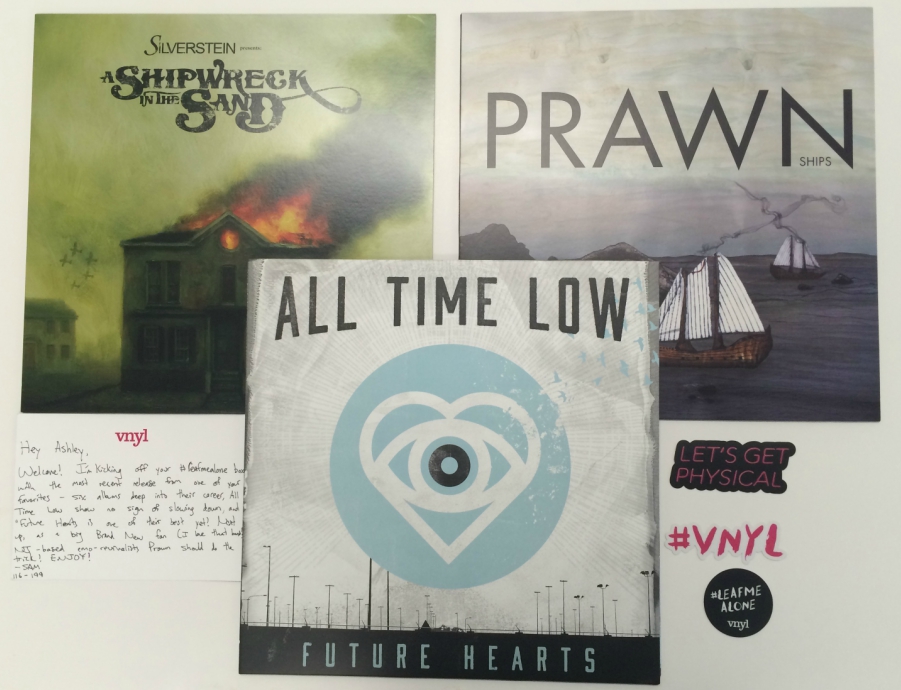 My thoughts: I opted for the #LeafMeAlone vibe, meaning a Vnyl curator chose all of the albums in this box for me based on the profile I had filled out. Needless to say, he hit the nail right on the head. All Time Low is one of my all time favorite bands (pun intended), so I was stoked to see they made their way into my subscription. I had listened to Silverstein before, but definitely got into them more after listening to A Shipwreck in the Sand. I hadn't heard of Prawn before, but I'm totally a fan now.

If you don't want to take a chance on a curator picking out vinyls for you, you also have the option to choose the vinyls you want by selecting from a couple different vibes on the site. 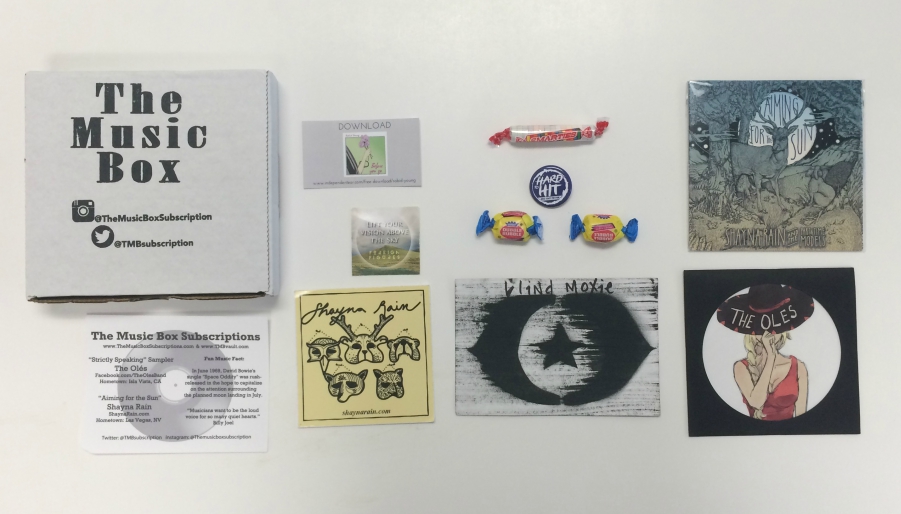 My thoughts: My subscription was The Box. The artists in the box were ones I hadn't heard of before and their music isn't in the genre that I normally listen to. But I absolutely adore listening to artists who play a style of music that is out of my comfort zone. It's fun being able to switch things up and get in tune with artists you wouldn't necessarily seek out. If you are very particular about the genre you listen to, you can also cater your box to that style of much.

Not going to lie, I found this box extra sweet because of the candy that was included. Stickers are always one of my favorite things, so you can bet those bad boys are now stuck to my journal. 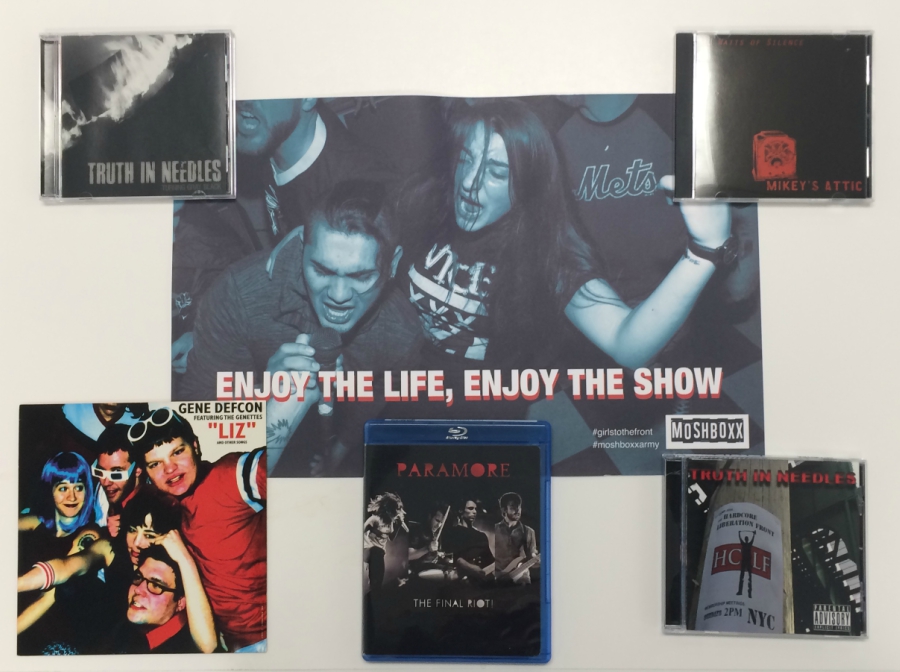 My thoughts: My subscription was Enter the Pit. I'm a huge fan of Paramore and No Doubt, so I was stoked when I opened the box to find the Paramore Blu-ray and the No Doubt poster. For the most part I listen to some pretty hardcore bands, so the music in this box was right up my alley. I had heard of Truth in Needles before, but I never checked them out. I'm so glad they were featured in this box, because the dudes are rad.

What's great about this box is it's a fun assortment of plenty of fun knickknacks. From CDS to DVDs and shirts to posters, there are so many things you can potentially get in your subscription.

Subscribe to Moshboxx HERE! Enter code SWEETYHIGH16 to get 20% off the Enter the Pit box.

Now that you've found the right music box for you, head over HERE to discover which geek subscription suits you best.