Prepare yourself for cuteness, because everyone's favorite game about collecting kittens is coming to PlayStation VR.

According to a Tweet published earlier today by PlayStation Japan, the Neko Atsume: Cat Collector app is getting a virtual reality adaptation sometime next year. No word yet on whether it'll be available in English. If it is, here's what we can't wait to see.

Neko Atsume is hard to put down, but it's because players are driven to collect all the cats and not because there's any type of story attached to the game. If the virtual reality edition can incorporate a narrative explanation as to why you're collecting cats, we can become even more emotionally invested in their kitten lives. Not that we needed a reason to care about Neko Atsume.

The cats of Neko Atsume have cute names and designs that make them hard to resist, but we'd love to get to know them even better. The app's cat profiles include a one-line description of their personalities, as well as their appearance, something called a power level, and stats on how many times they've visited and their favorite goodies. We'd love it if this went even further, giving each cat its own backstory. We'd also love for the cats to have relationships with each other. Maybe two are in love with the same cat and become bitter rivals, or are inseparable BFFs who fight over the same toys. We'd love to help them settle their disputes in VR.

The original Neko Atsume app is loaded with cute cats with appropriately punny names, like the baseball-playing Joe DiMeowgio and the samurai cat Mr. Meowgi. Obviously, we'd love for this to continue in the VR version at an even bigger scale. We want puns until we can't pun no more! 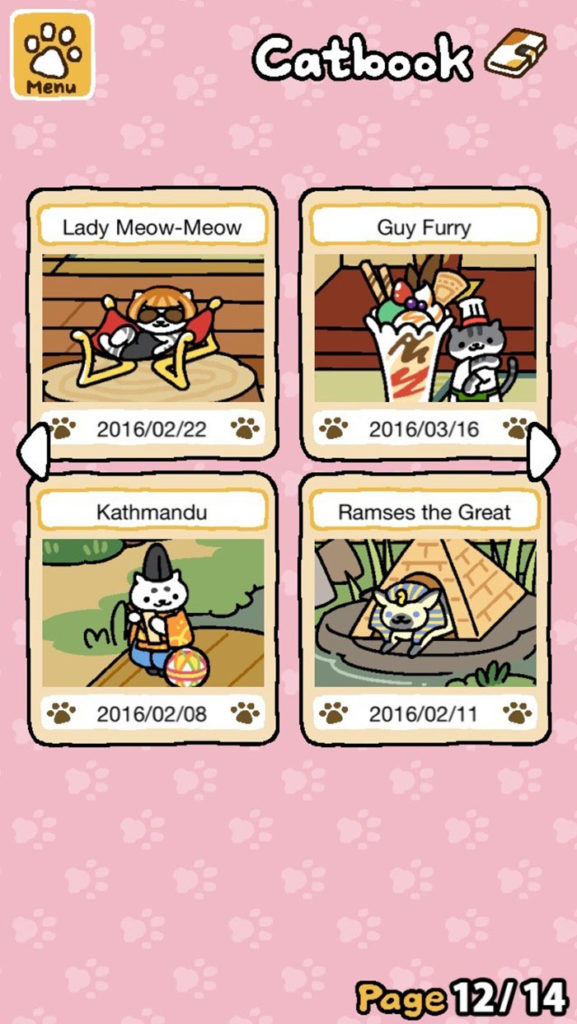 It's not enough to simply place cute cat decorations around the yard—we want to feel like real interior decorators and make our in-game house feel like home. The app only gives you a few spots to place pieces of furniture, but it would be incredible to get free reign over the exact look and feel of the space your curate. In VR, you can create and live in your own creation. 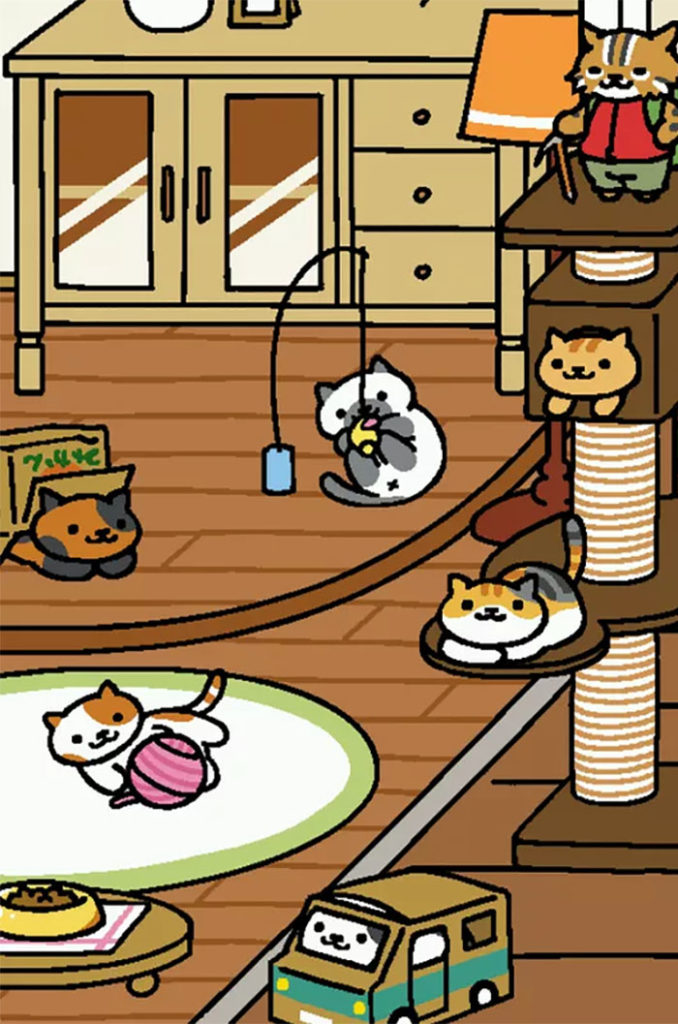 While Neko Atsume's app is all about leaving goodies in your yard so you can spot cats from afar, we'd love for the virtual reality game to be way more hands-on. More petting, brushing, direct feeding and playing are a must. Even if they're not technically our cats, we want to give them the love and attention they deserve.

One of the simple pleasures of Neko Atsume is snapping photos of any new cats and filling your Catbook with them. In virtual reality, this process could become infinitely more compelling. Instead of your photo being a tiny screenshot from your yard, it could become a full experience where the angle, lighting and lenses are up to you, complete with filters and even stickers. Think of it as the Instagram of Neko Atsume.

7. Tubbs in All His Rotund Glory

Neko Atsume's chubby white cat, Tubbs, is infamous for showing up when you've put out finer, more expensive foods and gobbling it all down before the other cats can get their fill. Though he can occasionally be a big pain in the butt, he's also totally precious, and we'd love to pet him and poke his belly in a VR environment. 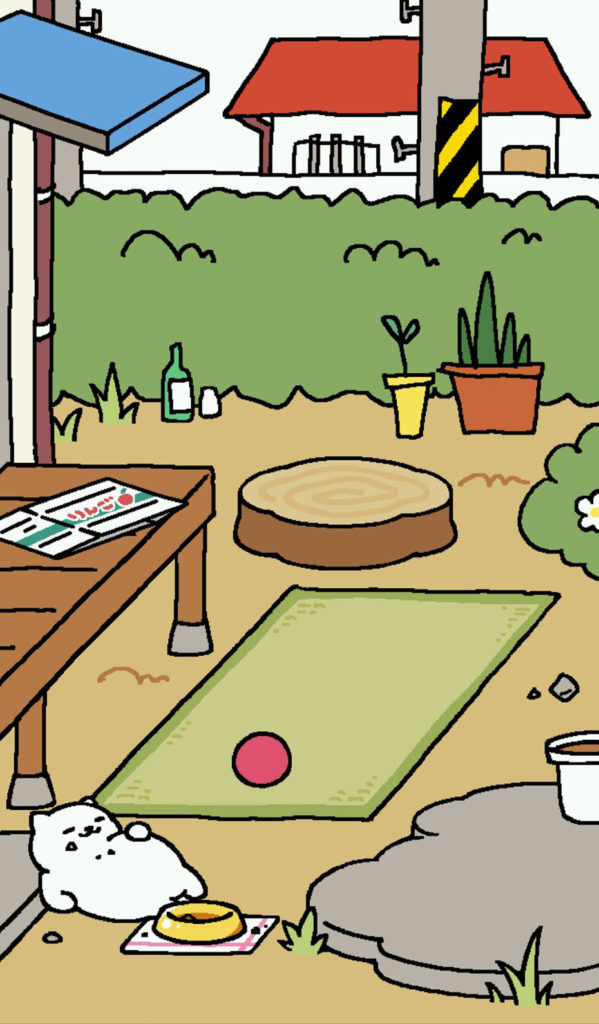 If Neko Atsume is your favorite app of all time, click HERE for all the reasons cats are better than dogs.