Everything You Wanted to Know About Dancer, Actor and TikTok Sensation Nick Bencivengo

18-year-old Nick Bencivengo is an actor, dancer and TikTok phenomenon best known for his relatable and hilarious videos, and we can't stop watching.

Clearly, we're not alone, because his 4 million followers on the platform are wild about him, too. His videos showcase his sense of humor and unique approach to life. Plus, his beautiful relationship with girlfriend Symonne Harrison (also a famous TikToker) has us swooning! If you also love Nick, keep reading to find out what we learned about him as our latest Man Crush Monday. 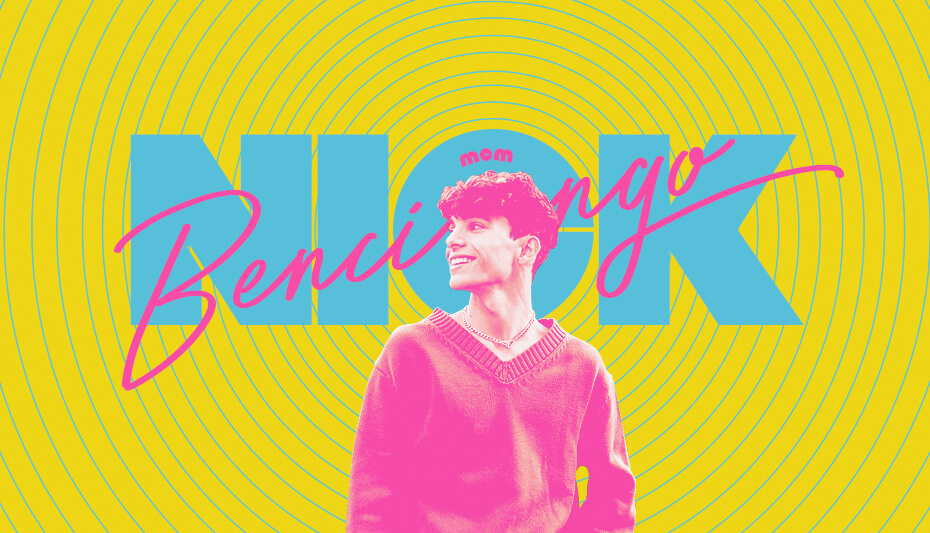 1. Nick says his weirdest habit is that he can't stop playing Roblox.

"I am actually super addicted to playing Roblox, and most of the time I play when I'm supposed to be working…"

2. He says people often come to him for help when they're dealing with their mental health.

"I feel like that's a very common problem with teens my age and we all help each other out. Especially with the industry me and my friends are in, we definitely go through it!"

3. When he's feeling discouraged, Nick often turns to video games to pick himself up.

"It just gives me time to myself to get my mind off of things and really think about everything going on."

"I actually did my whole middle school math before I even entered the sixth grade! I have always been the worst at ELA (English language arts). I always got bored of reading and writing."

5. He believes his Cancer zodiac sign describes him surprisingly well.

"We are known to be sensitive and emotional, but at the same time very loyal and caring!"

6. He's had a crush on Lava Girl for pretty much his entire life.

7. He dreams of traveling to Europe someday.

"My family is from Italy and Greece, so I would love to spend time with them there."

9. He says he relates a lot to Olaf from Frozen.

"I can't really explain why—I just always loved him and felt like our personalities were similar!"

10. His girlfriend, fellow TikTok influencer Symonne Harrison, is his No. 1 cheerleader.

"My girlfriend Symonne Harrison always knows how to make me smile if I'm not in the best mood!"

11. Nick says his sense of adventure and his love of trying new things are core to who he is as a person.

"Trying crazy and new things with people is one of my favorite things to do."

Love Nick's sweet relationship? Click HERE to read our interview with Nick and his girlfriend, Symonne, on their musical duet, "With You."