Ninjala Is a Game About Gum-Chewing, Bubble-Blowing Ninjas, and It's a Ton of Fun

I'd never heard of Ninjala before I walked past a whole area dedicated to the game at E3, but as soon as I saw the cute aesthetic and some of the gameplay, I knew I had to play it before the show was through.

Ninjala is a unique player vs. player brawler with a quirky, colorful look—and all of the mechanics are based around chewing gum. As I played against two other players who'd never had their hands on the game before, I was coached through the experience by a representative from developer GungHo, who walked me through the basics.

Of everything I could do in the game, the most important was blowing bubbles out of giant hunks of gum. If I wanted to win, I'd need a weapon, and since this was Ninjala, that weapon had to be fashioned out of gum. I blew a bubble as huge as possible before pressing a button to transform it into a giant bat for whacking my opponents. 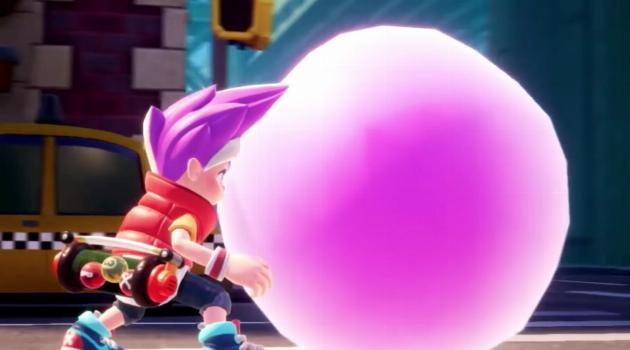 But that big ol' bubble was useful for so many things beyond making a weapon. At one point, I blew a huge bubble then released it toward my opponents, clobbering them in my wake. The bigger the bubble I could blow, the more it would damage them. As long as you have a bubble in your mouth, you can also run up walls and even inflate the bubble to gargantuan sizes to float to the ground, through no one utilized these features during our short round of play.

However, having a big bubble in my mouth also made you a target. Anytime someone popped my bubble gum, I'd get trapped in the sticky mess, leaving me super susceptible to attacks. I could only escape by furiously jiggling a control stick, but in the meantime, the other players were able to hit me with their bats.

At each point in the game, the top player was marked by a crown floating above their avatar. When I was in the lead, it was satisfying to know I was doing well, but it was also a little stressful knowing that the other characters knew I was winning and that they could take away that lead by focusing their attention on me. When someone else was in first place, I knew I had to take them down next. 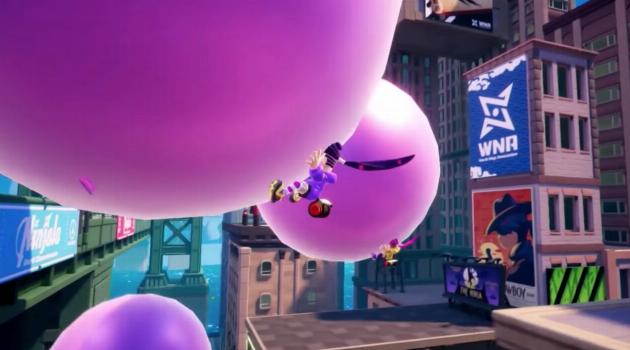 By the end of our quick round of play, I was the top player, but there were a couple of wildcard points thrown in at the end that could dislodge me. First, the game awarded bonus points for defeated drones, which I hadn't focused on in the slightest. Next, it gave out points for the most "Ippons," or one-hit KO's. I did manage to snag that title, and when I was finished I got to take home an inflatable Ninjala bat. 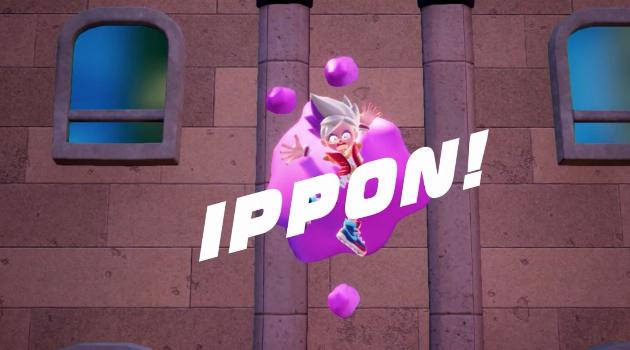 Overall, I thought the gameplay of Ninjala was fun and frenetic, if not a little unpolished. I didn't always feel like I had total control of what was happening, but the game still felt fair. Since it doesn't actually come out on the Nintendo Switch until next year, there's still tons of time for the creators to fine-tune the final experience of the game.

Just seeing the game, it's hard to resist the vibrant characters and cityscape settings. I'm especially fond of a girl character hilariously named "Berecca." The look has the same vibe as Splatoon, and I think it can go far with that aesthetic. I plan to keep my eye on it as more information is unveiled. 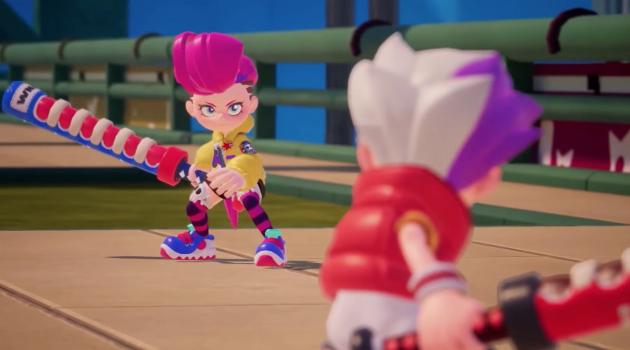 If you're a big fan of Splatoon and the Inklings, click HERE to find out what happened when I tried to play Super Smash Bros. Ultimate competitively.