Here's What Happened When I Attempted Recipes from The Pokémon Cookbook

The adorable Pokémon Cookbook by Maki Kudo promises fun and easy recipes—but how easy are they really?

I was lucky enough to get my hands on a copy of the cookbook, so I tried my hand at four of the recipes to see if I could come even close to the cuteness pictured inside. Here's how I did: 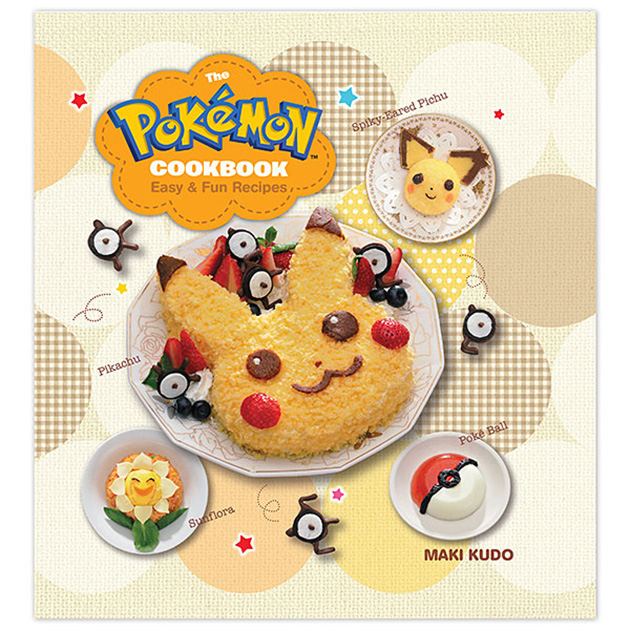 (via Simon and Schuster)

I started off my cooking journey with an immediately recognizable item from the Pokémon world—a Poké Ball. I cook a little bit, but have never made desserts with gelatin, so I was curious to see how it would turn out.

Using two bowls, I made one gelatin with strawberry jelly and another with vanilla yogurt. Once they both chilled, I cut out half of the gel from each bowl to create the ball, then topped it with sliced prunes to make the stripe. The strawberry gelatin didn't harden as much as I'd like so it broke a little bit, but I think the end product looked all right (and tasted amazing). 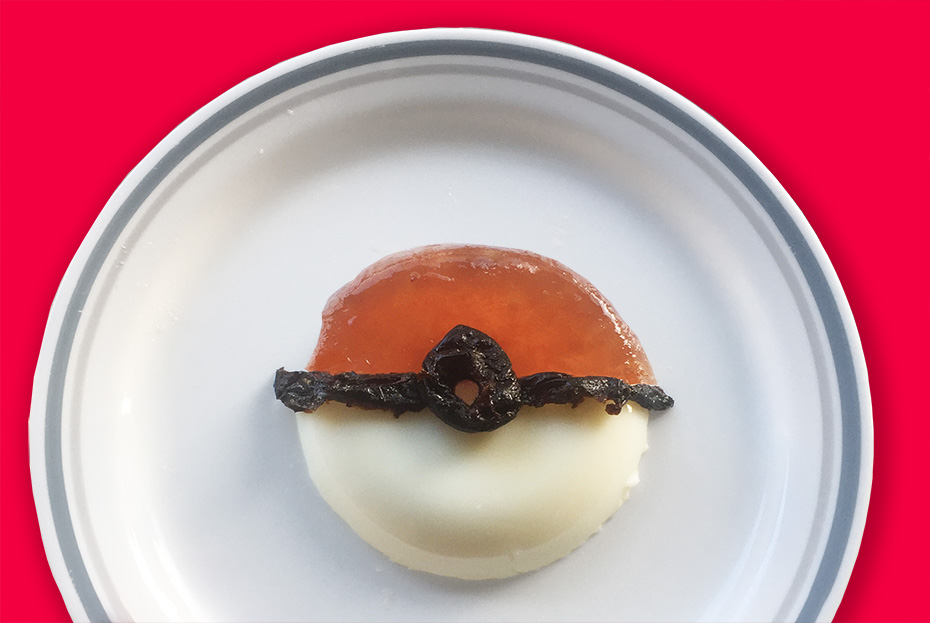 Unown aren't the most famous Pokémon, but they played a crucial role in the Pokémon Gold and Silver games. Most importantly, the simplicity of the recipe drew me in.

All I had to do was break sandwich cookies in half and use melted chocolate to draw the signature Unown shapes and give them their eyes. With a bit of chocolate, you can make whichever Unowns you like. Of course, I decided to spell out "Sweety High." And even if you don't have the steadiest of hands, they're just cookies and chocolate so they'll be delicious no matter what. 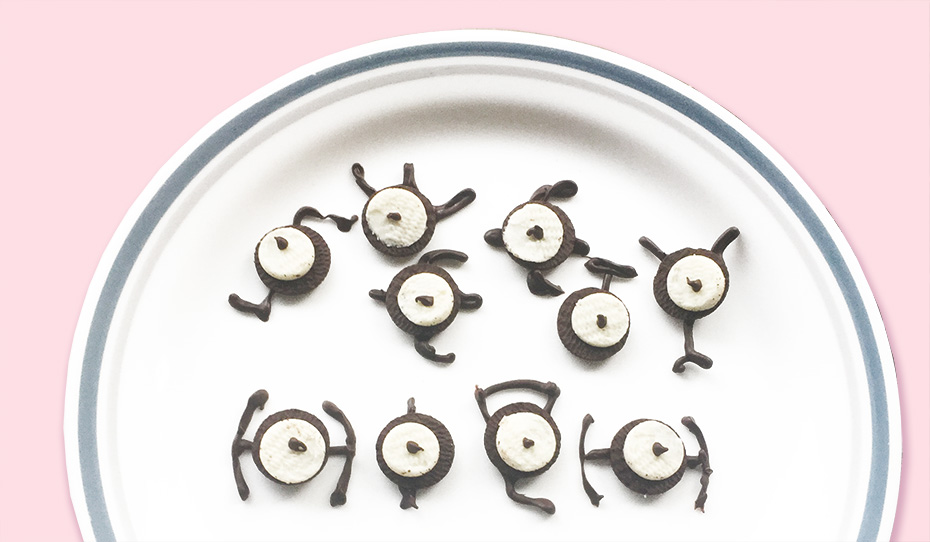 Creating this dessert featuring the fire-type monkey Pokémon Chimchar was definitely more labor-intensive than the previous two recipes. The cake itself, consisting of mostly pancake batter, apples and raisins, was only the beginning, thanks to Chimchar face that sits on top.

I had a little bit of trouble following the directions for constructing Chimchar's face from apple slices, and because I didn't have a straw, I had to use a knife to create its eyes. I don't know if my resulting creature is immediately recognizable as Chimchar, but he's still pretty cute—and the cake made an awesome dessert, as well as breakfast the next day. 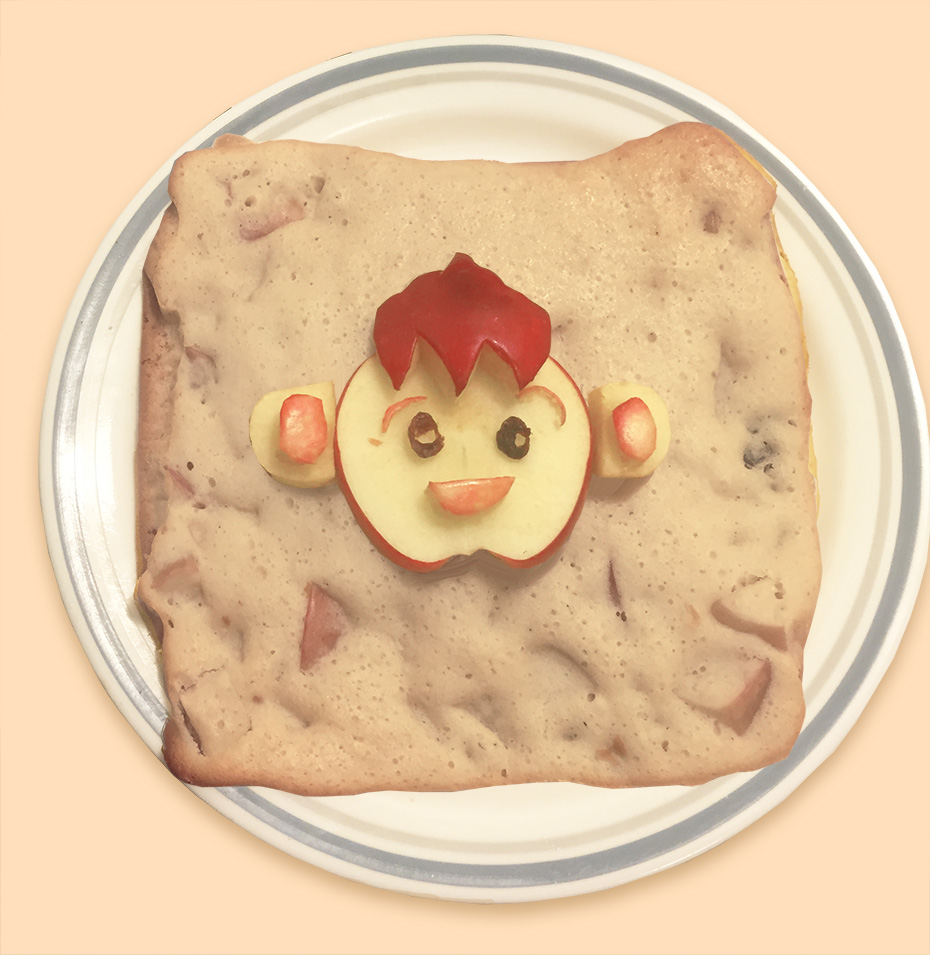 Last but not least, I had to try creating at least one Pikachu-themed recipe, so I attempted to make Pikachu sweet potato cakes. Starting with a white sweet potato, I cooked it before peeling and mashing it up. From there, I formed it into four Pikachu head shapes as best I could and popped them in the toaster oven.

They came out slightly resembling Pikachu. So with a pair of kitchen scissors, I cut out bits of the sweet potato skin to construct Pikachu's face and used a bit of strawberry jam for its rosy red cheeks. Masterpiece? Not quite. But close enough! And if you like sweet potato fries, you're in for a pleasant surprise when it comes to taste. 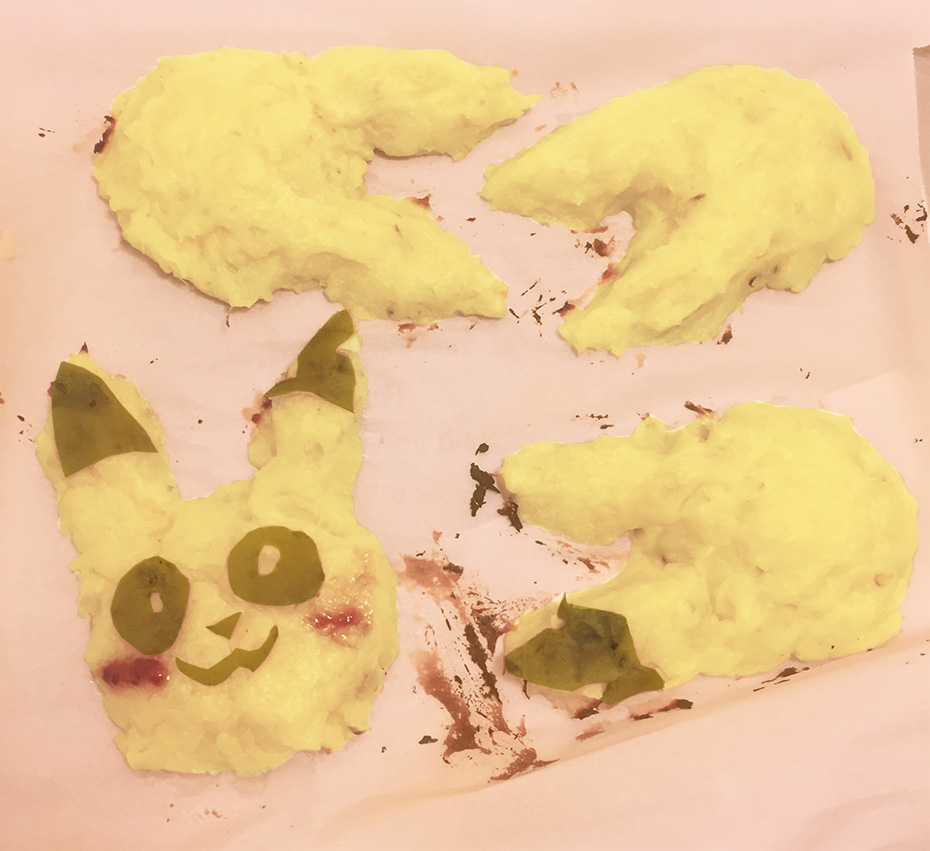 All in all, I'm proud that my Pokémon snacks weren't a total disaster. They're at least somewhat recognizable, right?

None of this is the fault of the book, which is full of amazing recipes that are just a bit beyond my skill level. I also love that it includes lots of obscure Pokémon, because people might not be familiar with monsters like Carnivine or Chingling but still want to make incredible foods that look like them.

With 35 recipes in total, you're bound to find a few you'll want to try. Each of the four I created was super tasty as well as precious. The cookbook is originally from Japan, so some of the ingredients might be tough to track down if you don't have access to a Japanese specialty food store, but you should be able to find the right substitutes to make these tasty treats your own. You can get the book HERE for $14.99.

Obsessed with these Pokémon foods? Click HERE to find out which Pokémon you're destined to train based on your zodiac sign.