Sometimes, the bigger and stronger the feeling, the more compelled we feel to bottle it up, when the healthier thing would be to work through the emotion, instead.

That's the idea behind the Put Your Feelings Here journal, developed by experienced psychotherapist Lisa Schab. Created for teens experiencing intense emotions, it's a handy creative workbook that's all about understanding and managing your feelings, and the team behind it was kind enough to send me a copy of the book to try out myself.

Put Your Feelings Here: A Creative DBT Journal for Teens with Intense Emotions is a journal that's all about providing a safe space for its users to express their emotions and learn to have better control over them in the process. It utilizes techniques from Dialectical Behavioral Therapy—or DBT—which is a tested method for managing and regulating the biggest and toughest of emotions.

This journal features 100 different creative prompts that are all about grounding and balancing feelings. It's a place to turn to when you're finding your emotions overwhelming, and works to reduce negative emotions like anxiety, fear, sadness and frustration by working through them, rather than ignoring them.

According to creator Lisa Schab, "It shows up looking like fun or entertainment instead of emotional work" and acts as "therapy that doesn't look like therapy."

The book is especially useful for teens because, due to the changes they're experiencing, their emotions can seem more difficult to handle than ever. Even still, the book can be useful to readers of all ages. While it's not necessarily a replacement for traditional talk therapy, it can be an awesome supplement, or even a stepping stone to help readers get more comfortable with expressing their feelings. The journal retails for $16.95. 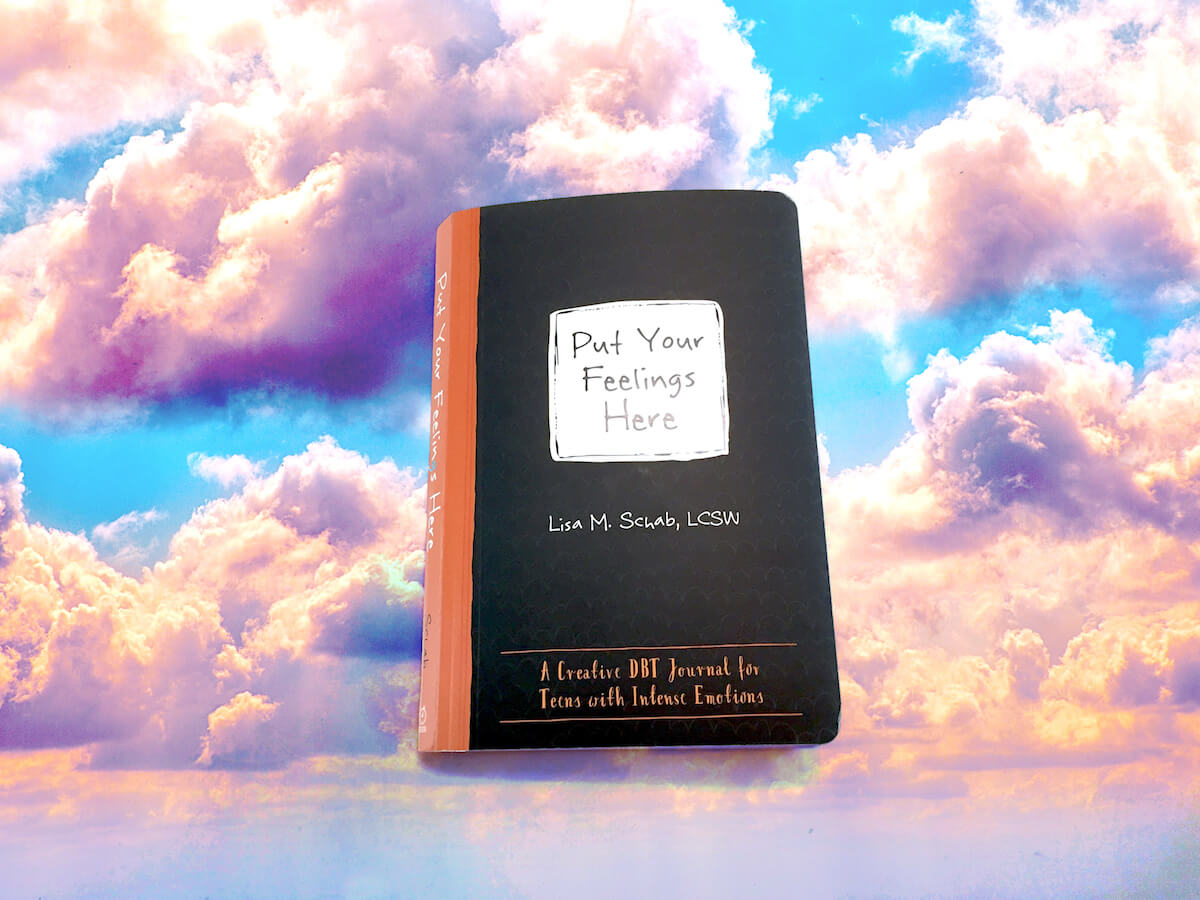 I haven't been a teen for a while, so I was curious to see how relevant the Put Your Feelings Here journal would be for me. On average, I wouldn't say that the feelings I experience are all that intense or crushing. However, this book arrived at the perfect time for me. I'm about to move to a different state, which comes with all kinds of stresses and uncertainties, and I can honestly say that this journal has made the process smoother for me.

After opening with a little bit about the journal and how it works, its very first prompt had me write out my thoughts and feelings about starting the journal. Usually, I find it a little tricky to immediately put my feelings into words, but for some reason, this time it was simple. I knew exactly what was putting pressure on me, and that I wanted to deal with that. Getting those emotions down on the page then set me off on exactly the right foot to engage with what was to come next. 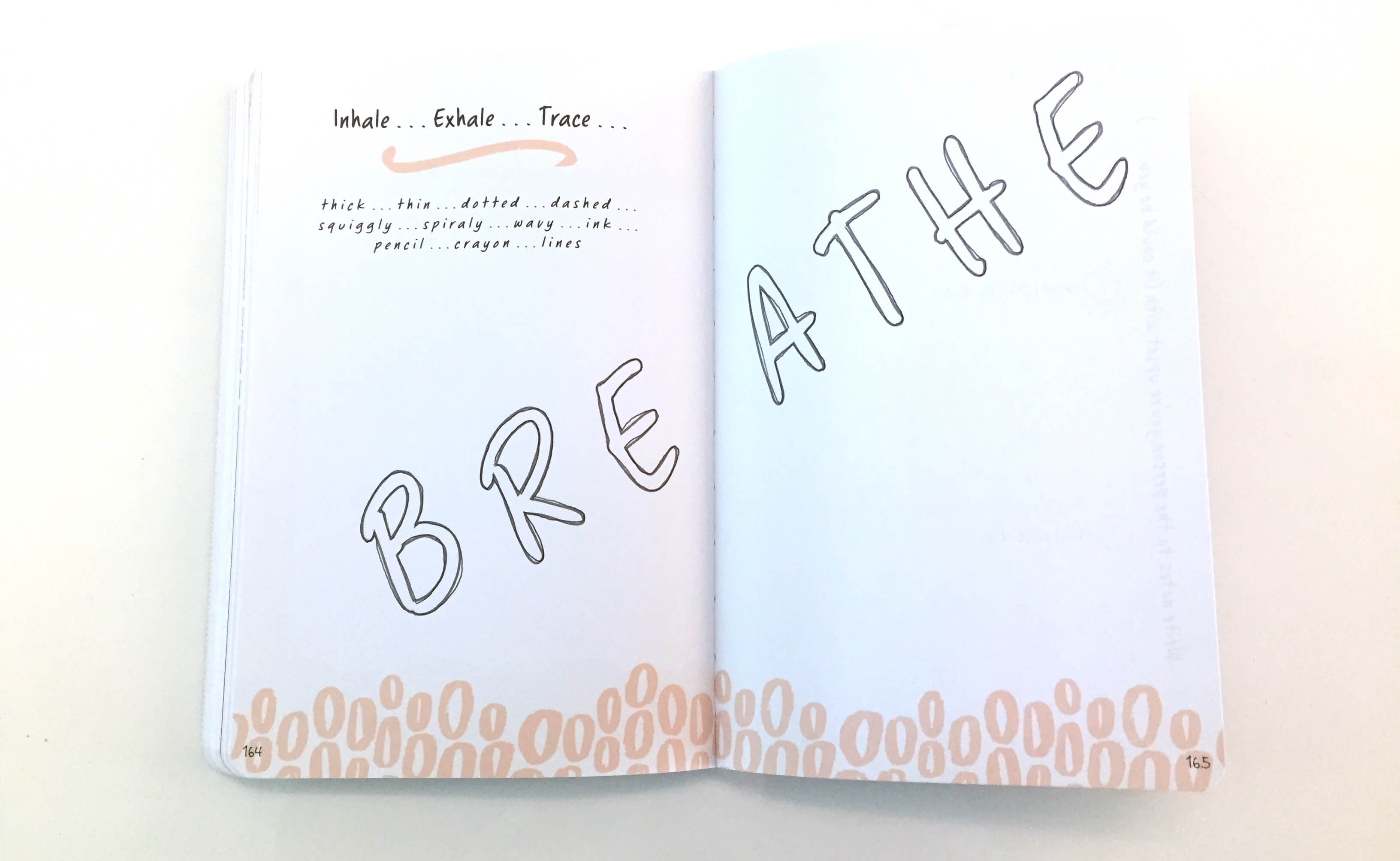 Initially, I did have some worries about how effective these exercises would actually be on me. I can often find journals with prompts to be a bit of a miss, as I only find a small percentage of the pages to be all that relevant or interesting. Sometimes, I feel guilty about skipping so many pages and leaving them blank. But from the very beginning, this book explicitly told me it was okay to leap around. In fact, as it's designed to reduce strong emotions, it told me that if any prompts increased my emotions instead, to simply acknowledge that fact before moving on. I found that freedom super refreshing, and it helped me approach the entire book with a more open mind.

And while I did find myself moving past a number of exercises, I was thrilled to see how many immediately caught my attention and made me want to engage with them. I actually had fun, but I could also feel my emotions shifting and being released during the process. One asked me to listen to a song that soothed me and draw myself as music as it played. As it began, I didn't feel much like drawing at all, but the song coaxed the doodles out of me until a page was nearly filled with a visualization of my thoughts.

I also found it inexplicably effective to tense up and then release different parts of my body to relieve stress, and there was something oddly comforting about listing my 10 favorite ice cream flavors. Perhaps my favorite prompts in the books were ones that had me poke through the pages, or write down my worries and then tear out that part to throw away. Maybe that says something about me, but I found them especially therapeutic. 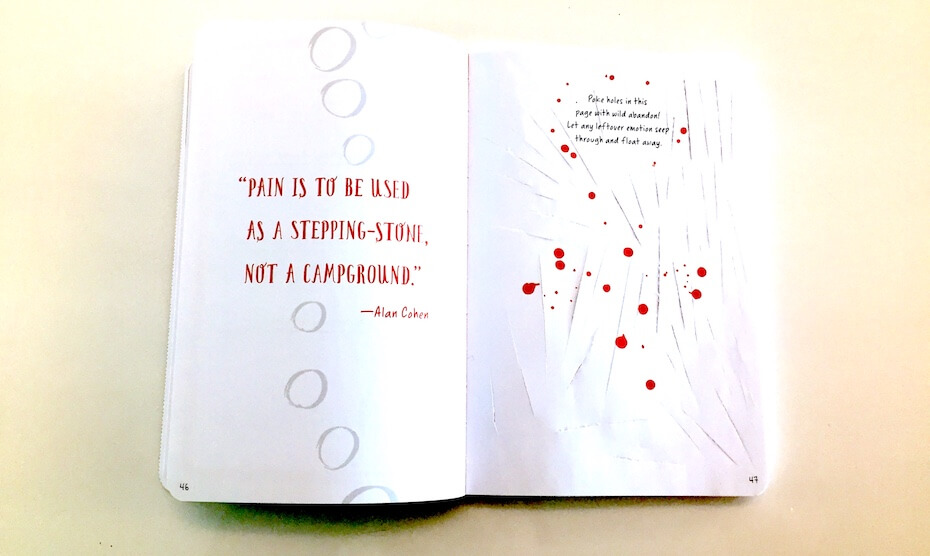 There were also some prompts that didn't feel all that helpful (or fun) when I first encountered them, but that later clicked for me. Sometimes when I had to skip prompts, I was excited to come back to them later when the time was right. Coloring in pages wasn't exactly practical while I was in the office, but was a cathartic delight when I finally had access to lots of colorful markers.

As I worked through the book, I quickly discovered how strangely powerful it was when I stopped letting my emotions swirl around me abstractly and instead started thinking of them as more concrete feelings tied to specific actions. Simply putting a name to my emotion made it more manageable. By really honing in on what I was anxious about, looking at the logical extensions of what might go wrong and the positive outcomes that were much more likely, my feelings suddenly seemed less daunting and easier to handle.

After each session with Put Your Feelings Here, I instantly felt calmer. While it wouldn't always make tough feelings disappear entirely, it always helped in a way I could feel throughout my body. When I felt like I was in over my head, it got me back to a state of being in control.

I also found it interesting to go back and reread some of my previously filled-in prompts. Even looking at my old words was oddly soothing, taking me back to the emotion I felt just after completing it. And even when I didn't have access to the journal, I was aware of my feelings and it served as a reminder to be more mindful about the things I feel. Instead of letting them build up, I knew to address them in some way. 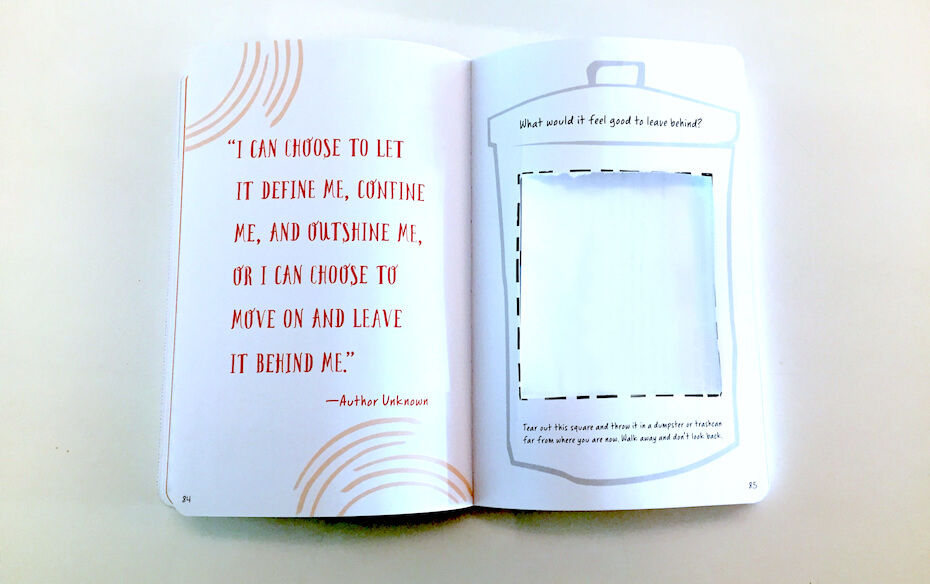 If and when I do fill in the entire book, I also like that I can always go back and repeat the exercises in a different notebook if I like in order to keep the healing going. At the end of the journal, it asks readers to take stock of the prompts they found most beneficial in order to implement those practices in their everyday lives. I haven't completed the entire book just yet, but it's become one of my new favorite tools for how I live my life.

As someone who's neither a teen nor someone who would consider my emotions "intense," I still find Put Your Feelings Here to be invaluable. Not only did it help me work through my harder emotions in a way that I could instantly feel, but it never felt like work. I actually enjoyed the process, and I felt like doing some of the prompts would be helpful even at my brightest emotional points.

I also appreciated that the journal isn't just a series of distractions. While there are a few prompts in the book that are about moving your thoughts away from difficult emotions, they're mostly about analyzing your feelings in order to put them into perspective. It's also approachable in a way that de-stigmatizes mental health topics and makes them way less scary. The creative aspect of the journal is also worth noting. I skipped anything that didn't feel fun, but I didn't find myself skipping all that often.

I wholly recommend the book to teens who've ever felt like their emotions were getting the better of them. DBT really works, and while it might not be the remedy for all your woes, it's worth at least trying. It might just change your life.

New to journaling? Click HERE for the reasons everyone should keep a journal.