A Definitive Ranking of Disney Couples, Based on Whether They Would Last IRL

For years, Disney has blessed us with some pretty awesome love stories. 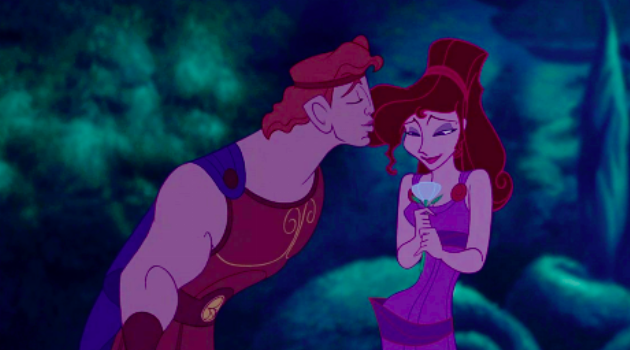 In fact, Disney couples have basically been what I've aspired to in my romantic life since the day I first watched Aurora and Prince Phillip fall in love. But let's be real, not all Disney couples would actually make it in the real world. A pretty face and harmonizing singing isn't enough to carry you through life, unfortunately.

Call it what you want—pessimism, cynicism, suspicion—but I prefer to take a realistic approach to my love for the Disney fandom—and some couples are just better than others.

Keep scrolling to see my definitive ranking of Disney couples, based on whether they would last IRL.

I have so many problems with Snow White and her Prince, but the most glaring issue is that they literally don't know each other. They say maybe one word to each other the entire movie, and then ride off into the sunset to live happily ever after. In fact, he doesn't even have a name—that's how little she knows about him. Snow would probably have an easier time marrying one of the dwarves, considering she at least knows what to call them. I'm just not seeing this couple making it very far when faced with some real life issues. 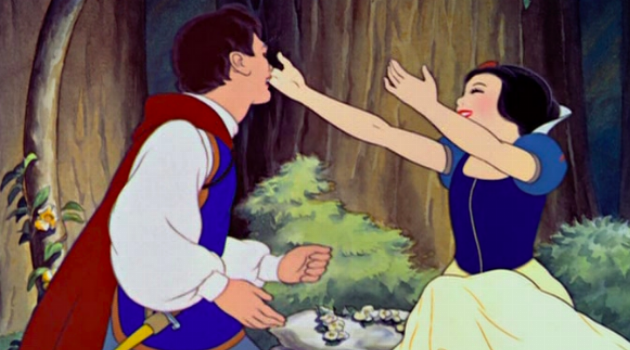 Sadly, this is one of those aforementioned examples where harmonizing singing voices isn't enough to make a happy relationship. Aurora and Phillip were betrothed at birth, but the only interaction they have is singing to each other in the forest. I'll give them props for the fact that Phillip seems to be a pretty committed dude—risking his life to save her and all—but they still know nothing about each other. I'm not saying they wouldn't work, I'm just saying their chances are slim. 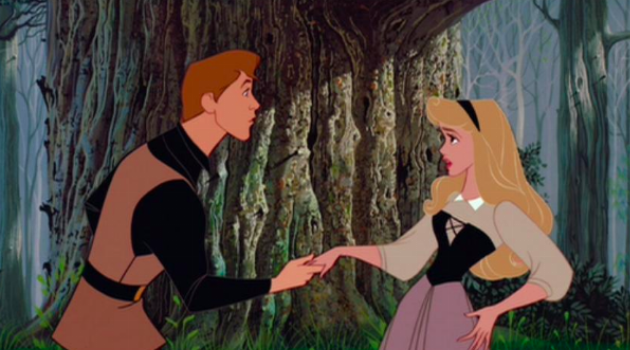 Once again, Charming is not a real name, which leads me to believe that Cinderella doesn't know much about her prince either. From the looks of the movie they just stare happily into each other's eyes and dance around. Considering they come from completely different worlds and haven't exchanged much personal info, I'm not feeling too confident about this couple making it through thick and thin. 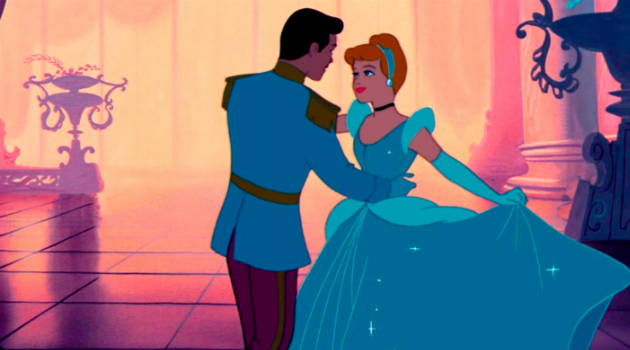 I really love Pocahontas and John Smith. They're willing to learn from each other and grow together, and they're pretty decent at handling conflict—all pretty clear signs of a good relationship. Sadly, their worlds are just too different. I don't know that they would ever be able to get on the same page or find a way to effectively incorporate their lives, which unfortunately pushes them down to No. 9. 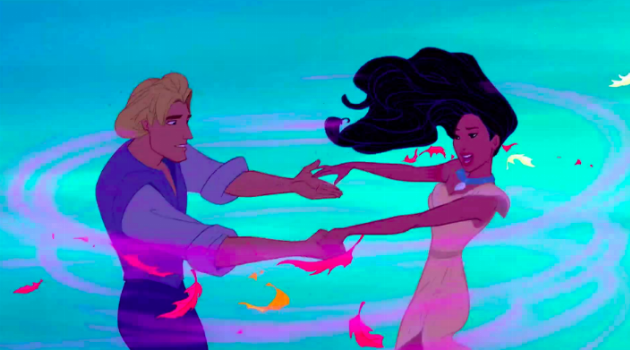 Tarzan and Jane are pretty darn cute. They're obviously compatible, considering they spend loads of time together without getting bored of one another. They also push each other out of their comfort zones, which is an awesome aspect of a successful relationship. However, Jane literally gives up her whole world to be with Tarzan. It wouldn't be a problem if she was miserable before, but she seemed to be pretty content with her life in the city. I just worry her sacrifice might be a point of conflict down the line that will get in the way of their happy relationship. 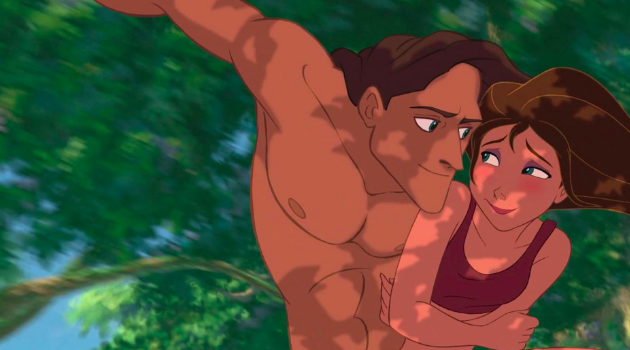 In my opinion, Mulan and Shang have a pretty high chance of success because they started out as friends. When you get to know someone on a friendship level first, you're bound to be a lot closer to them if and when that friendship turns into something more. However, it can also be tough to make that transition into a romantic relationship, so I could foresee a few potential problems for Mulan and Shang in the future. 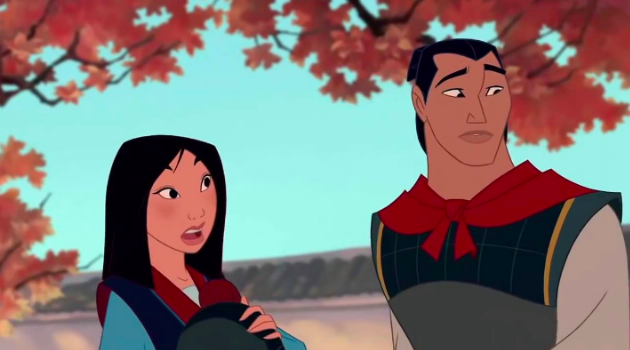 Considering everything they've been through together, Anna and Kristoff have a pretty high chance of working out. They've already proven that they get along well and that they'll stick by each other when times are tough. The only potential problem here is that Anna spent most of the time they were hanging out talking about this other guy she was in love with. We didn't really get to see what they would be like in a relationship, but I still have high hopes for this relationship. 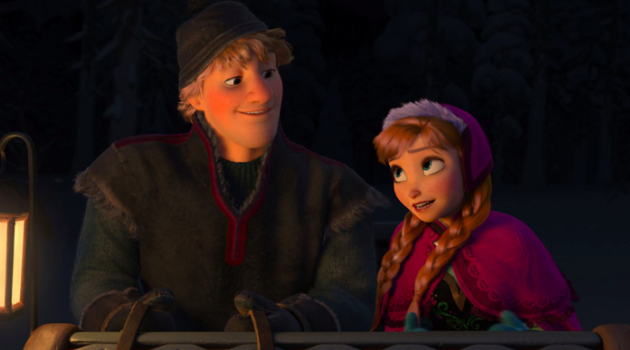 So the start of this relationship was a little rocky, considering Ariel leaves her whole family behind for some guy she's never spoken to. Still, Ariel really hates the sea, so she won't have the problem of missing her home, and she seems to adapt pretty well to the human world. Plus, this couple was able to show that people can bond without actually talking to each other. It's pretty inconvenient, but honestly if they can get through the annoyance of not understanding each other, then they can get through anything. 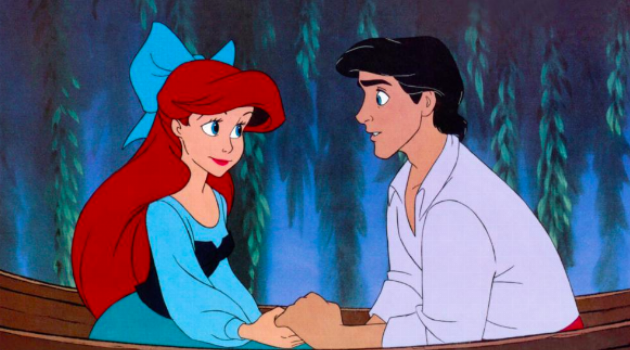 Meg is the best Disney heroine, do not @ me. But that's not the reason I believe in the success of this Disney couple. Besides how awesome Meg is, this couple also overcomes some real life problems—trust issues, commitment issues, battling the god of the underworld—you know, normal couple things. They still want to be together at the end of the day, and they're both willing to make sacrifices to make sure the other is happy. And sometimes that's all you really need. 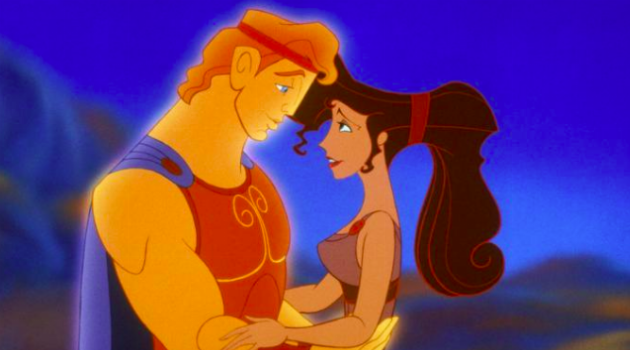 3. Belle and Beast, Beauty and the Beast

Despite a very rocky start to their relationship, Belle and Beast prove that they really can get along. They both make adjustments to make things work between them, and neither one (Belle) holds a grudge about, oh I don't know, imprisoning their father or basically holding them captive. But really, I see this couple doing well in life together, especially after Beast turns into a babe of a Prince. I mean, who wouldn't be happy with that? 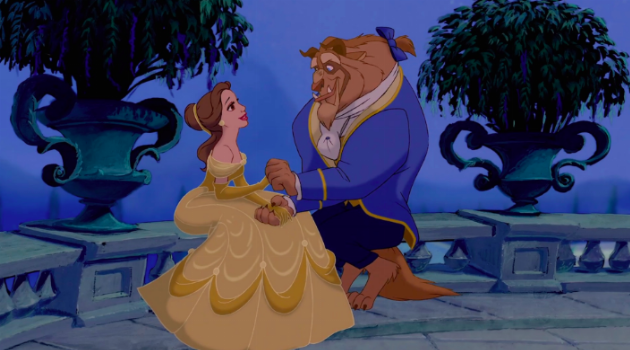 Jasmine and Aladdin would totally last in real life. How do I know? Because they met each other at the lowest of lows and loved each other anyway. Then, they went through even more bad times and still came out of their endless drama wanting to be together. Either one could have easily thrown up their hands and said "I'm done" and they didn't. That's how you know it's real.

Rapunzel and Flynn are ultimate couple goals. They literally transform each other into the best versions of themselves, which is what everyone should be striving for in a relationship. Plus they're just so sweet to each other and willing to confide all their deepest, darkest secrets. 10/10 for this adorable couple. 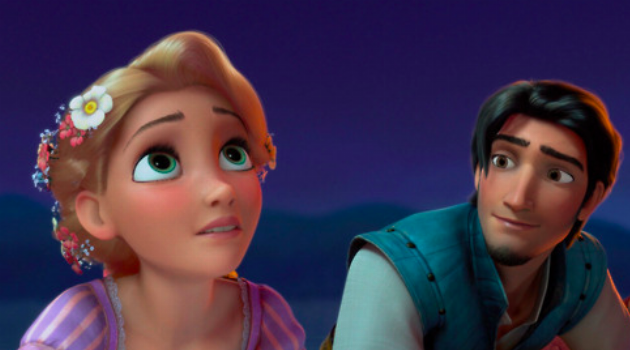 Looking for more opinions on how to categorize your favorite Disney characters? Click HERE for a definitive ranking of the 12 best Disney villain sidekicks.